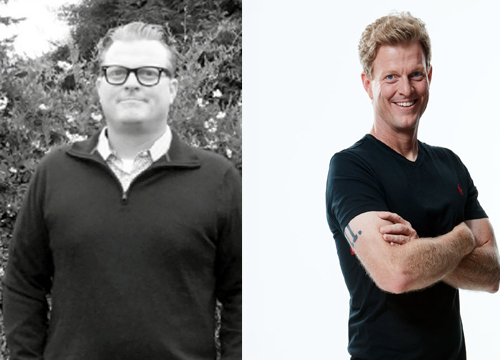 You’ve probably seen all the articles about weight loss, including those that explain how to count calories or what foods you should and shouldn’t eat. But if you’re still having trouble losing weight, then maybe you just need a better “strategic plan,” one you can put into action before you get that unwanted “wake-up call” from your doctor that your weight is affecting your health. 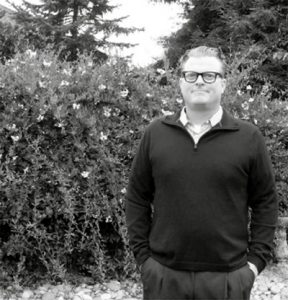 Monte Morris received that wake-up call from his doctor, who diagnosed him as obese, along with stage 2 hypertension. At just 38-years-old with a 2-year-old daughter, Morris was a candidate for a heart attack.

According to Dr. Mike Roussell, nutrition advisor to Men’s Health Magazine, Morris put such a strategic plan into place, using five key strategies to achieve lasting success and they can be effectively implemented by anyone.

Make a decision to change

“I have never seen someone lose weight and keep it off unless they had an emotionally driven reason to change their life,” says Dr. Roussell. “Monte was no different. He had a little girl and a trip to the doctor delivered him the news that he had stage 2 hypertension (an advanced form of high blood pressure). On top of that, he just felt lousy. Monte knew he couldn’t go on living like this and he made the decision to change his lifestyle for good, not just for him but for his daughter, too.”

Small steps and changes to what you are eating are important, but you need to rethink your whole lifestyle, envisioning who you want to be, according to Roussell. “Monte started to change his eating habits and started exercising. Embracing multiple healthy habits like diet and exercise is a great way to get momentum with your weight loss, ensuring that you get better results, which will keep you motivated and doing more. Focus on one to two diet changes and be deliberately active with your life. Monte didn’t even own a pair of running shoes when he started running and now he runs several miles a week. What kind of activity do you like to do? What the activity is at first doesn’t matter, just get moving,” Dr. Roussell says.

After Monte made his decision to change his life and put his health first, he did a quick audit of his diet and realized that a simple place for him to cut calories was beer. “Calories you consume in beer, wine or sugar sweetened drinks (energy drinks, soda, even sports drinks) are easy calories to cut out. Make sure nothing enters your mouth that doesn’t support your goal of weight loss while adding beneficial nutrients to your diet,” Dr. Roussell says.

Be a Mindful Eater and Strategic Snacker

Monte steered away from fad diets that demonized certain food groups while exalting others. Instead he focused on eating unprocessed foods and veered away from fast food joints. “Monte says he couldn’t say no to his mid-meal hunger pangs and would grab a fast food meal, which is all too often the fast track to weight gain. His strategy to correct that behavior was to keep a snack of pistachios in his truck and at his desk. Their flavorful crunch satisfied him while the protein, fiber and healthy fats in them kept him full – and out of the fast food drive-thru,” Dr. Roussell explained.

Embrace What You Love

“Monte enjoys chocolate, but he recognized candy bars weren’t going to help him lose the weight. His solution was to make his own trail mix that contained pieces of dark chocolate along with pistachios and natural dried fruits, like raisins. This strategy satisfied his cravings so he wasn’t feeling deprived, but he also wasn’t consuming too much sugar,” Dr. Roussell says. 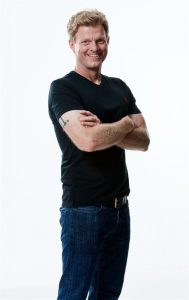 Successful long-term weight loss takes time. It took Monte almost a year to lose 48 pounds, but once he decided to make the change, he worked at it every one of those 365 days. Taking charge of his health has left him 10 pounds lighter than when he was in high school and with more energy and vibrancy for life than ever before.

Dr. Roussell transforms complex nutritional concepts into practical nutritional habits that his clients use to ensure permanent weight loss and long lasting health. He holds a doctorate in nutrition from Pennsylvania State University. In addition to being an adjunct assistant professor at Pennsylvania State University, Dr. Roussell serves on the Advisory Board for Men’s Health and SHAPE magazines as well as LIVESTRONG.com. He’s an author and has been named one of the Top 100 Most Influential People in Health & Fitness.