Here is my situation. She broke up with my best friend three weeks ago, and he was and still is crushed. She is beautiful, smart, funny, and I always liked her.

I’ve known her for the year they were together. We got to know one another as friends. I always sensed she had a small thing for me, but I acted like I never noticed. I never looked at her that way. I guess, because she was with my friend.

I knew in my gut it wouldn’t work out between my buddy and her from the start, because she met my buddy right after her divorce. Since I am divorced, I understood what one goes through and how one thinks, and I could just tell her interest level for him was not where it should be.

Well, I was correct. Three weeks ago they broke up. It was like he was the nice guy she needed at the time, and he was waiting for her to come around. I warned him then, but he didn’t listen.

After she left, I was my buddy’s go-to guy. I tried to help him through it the best I could and explain what I understood about their relationship.

I never saw her romantically while they were dating, but after she and I started talking, she broke down and told me how she felt about me. We started seeing each other secretly until we could decide how to handle the situation. My buddy was still confiding in me, and I just couldn’t tell him.

Wayne and Tamara, we are so good together. I love her and she loves me. I know less than a month isn’t much, but it’s been a year since we met, and I think deep down we always had this connection.

Anyway, I told my buddy about us, and it didn’t go well. He terminated our friendship and said I went behind his back and betrayed him. I will agree I should have told him from the beginning, but I just couldn’t hurt him more.

He is my best friend that I’ve lost, and he was the best man at my wedding. I love my friend. I couldn’t tell him and couldn’t stop the feelings I was having for her.

It’s been almost a month now. She and I are still seeing each other, and it’s wonderful, really wonderful. Some of my other friends have shut me out also. She backs me up and wouldn’t let me take all the blame from my friends, which showed me a lot of respect for her.

It’s just me and her now, at least for a while. I don’t mind because we have each other and are happy. We’re going to stick it out and see what happens. Did I make the right decision? Aren’t my buddy and my friends acting immaturely?

Cal, you frame your love in terms of rainbows and lollipops. Your friends frame it a different way: all’s fair in love and war.

So which view is correct? The Todd Rundgren version (we got to get you a woman), or the Rick Springfield version (I wish that I had Jessie’s girl).

She dated your buddy a year. How much traction is there in a relationship after 10 or 12 months. Your buddy must have been in the realm of, she’s beautiful, she’s witty, and she’s mine. He is crushed because the relationship ended, but not by his own hand.

You claim to know her mind from knowing your own mind, but your mind had an agenda. You think you are a benefactor who tried to help a friend, however, your motives were subterranean. If you are madly in love with her after three weeks, odds are you were hopeful for yourself while they were dating.

The mature thing to do, when trying not to hurt a friend, is let things cool off. You shouldn’t have started dating his ex behind his back within days of the breakup.

When you act like a caveman, don’t act surprised when you get clubbed. And if this relationship ends in two months, you will be empty-handed.

Everyone agrees with your ex-friend. That suggests you are the one in the wrong.

To answer the question in the title of this column, we’re thinking, “Yes, you are.”

Direct Answers – In The Lion’s Den 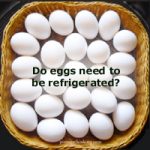