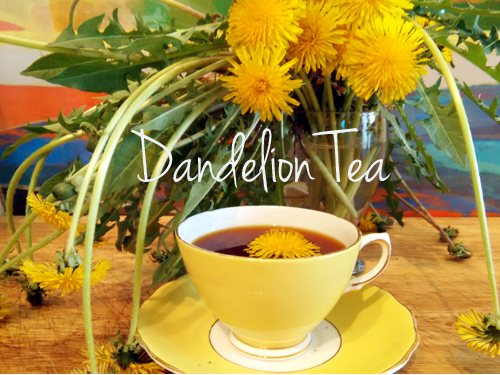 Dandelion presents a treasure trove of minerals and vitamins. It is a very widespread perennial plant. Dandelion grows in meadows, pastures, hills, gardens… Blooms in the spring when our body needs most of the vitamins.

Dandelion is rich with potassium, essential oils, inulin and various other substances necessary for normal functioning of the body.

The leaves of this precious plant contain 16-18 percent of vitamin C and about three percents iron, more than spinach. 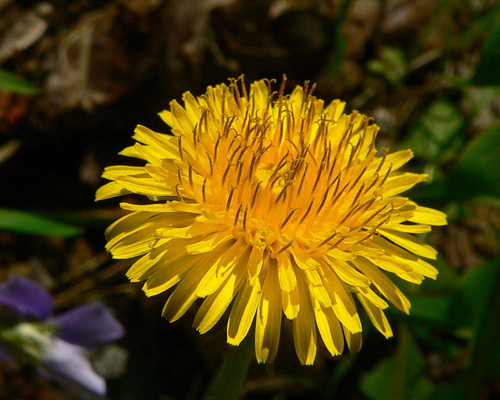 All parts are medicinal – flowers, leaves and roots. The flowers are harvested from April to May, the leaves before dandelions begin to bloom, and the root is taken in early spring or early fall. The leaves and roots are dried in a cool, airy place or in the oven at a temperature of 40 degrees Celsius or 104 degrees Fahrenheit.

Although until recently was used primarily as a diuretic, it is proved that the dandelion has other healing properties. Except that stimulates the kidneys, liver and stomach, purifies the blood, lowers cholesterol levels, heals ulcers, eczema and skin diseases.

From young leaves of dandelion salad is made that purifies the blood, promotes urination and relieves pain in diseases of the liver and gall bladder, and tea made from young leaves helps with urinary tract infections.

The root of the dandelion purifies and strengthens the body, improves sweating, cleanses the lining of the respiratory system and regain strength. In addition, it is used for the treatment of skin diseases, allergies, ulcers and ischemia, lowering of blood cholesterol levels, and regulation of the menstrual cycle.

Dandelion root can be very helpful for people that are suffering from cancer. It has been discovered that the root of this plant reportedly works even better than chemotherapy, because chemotherapy kills all cells, while dandelion root kills only those cells that are carcinogenic.

An initial research has been carried out at the University of Windsor, Canada, at the Department of Chemistry and Biochemistry, the results of which spark a new hope for people who have cancer. The research revealed that dandelion root can effectively kill almost all carcinogenic cells without causing any harmful side effects onto the rest of the cells.

Dandelion root tea comes with many health benefits. It stimulates the appetite and helps the process of digestion and helps cancer patients.

This tea affects on the cancer cells by making them disintegrate in the course of 48 hours, and as the research showed, during this period of time not a single healthy cell can become sick. The research shows that continual treatment of the diseased with dandelion root can eliminate all of the affected cancer cells.

Drinking dandelion root tea before meals may help with weight loss. According to Mary Koithan, Ph.D., in a 2011 issue of “The Journal for Nurse Practitioners” you can maintain your optimal weight using this herb. By drinking dandelion root tea prior to your diet promotes cholesterol and fat breakdown and stimulates gastric secretions. It also boosts satiation and drinking this tea before meals makes you eat fewer calories during meals.

You can create this tea from both fresh and dried roots. Fresh roots can be obtained from your own garden while dried roots can be purchased in a health food store. It is always a good idea to ask your doctor before you start using this tea because there are a small percentage of people who can feel some side effect.

Dig the dandelion plant from your yard. Keep in mind that the root is usually very long, so it might take some time before you unearth it. Remove the leaves, flowers and stems from the root. Rinse the root carefully by using cold water. Boil one quart of water in a saucepan. Chop the dandelion root and add two teaspoons to the saucepan.

Cover the pan and decrease the amount of heat. Leave it like that for around one minute. After that, remove the saucepan from the heat and leave it for 40 minutes (don’t remove the cover of the saucepan). You can also add clean dandelion leaves while the mixture is steeping. Remove the pieces of dandelion root and drink the clear liquid.

NOTE: RAW enthusiasts can use lukewarm water, instead of boiling the water.

Take one quart of water and boil it in a saucepan. Chop two teaspoons of dried root and place them in the saucepan. Let the solution boil for 5 to 10 minutes. Use a strainer to remove the chopped pieces from the liquid. Enjoy your tea!

Housewarming Gifts for Prosperity and Joy

Autumn is The Mellower Season

Housewarming Gifts for Prosperity and Joy