Dandelions and Your Health 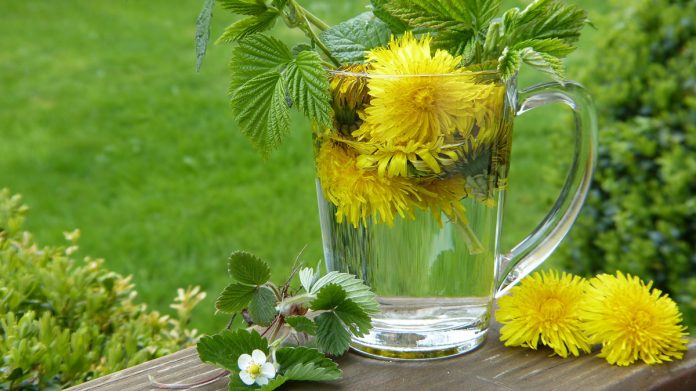 Almost everyone hates that pesky weed called the dandelion. Every year when the weather gets warm sure enough some yard in your neighborhood will have a huge crop of dandelions. You cringe in fear and anger at the prospect of all those dandelions going to seed. Truly it will be an ill wind if any of those seedlings get blown into your carefully manicured lawn.

Most people don’t realize that the common dandelion is a very powerful detoxification agent. It has been used for generations to treat liver and kidney ailments of all sorts. Its detoxification power has also been used to treat respiratory problems, cure gastro-intestinal ailments and cleanse the circulatory system. It even is reputed to help dissolve some kidney stones.

In northern China, the dandelion is considered to be one of the top 10 herbs. But if you live in the southern hemisphere you probably have never seen a dandelion. Most people in North America and Europe are very familiar with the yellow flowered dandelion.

The word dandelion literally means “lion’s tooth” because of the jagged shape of the leaves. The French, however, tend to be a little more adventurous when it comes to naming things. They figured out the medicinal and detoxification value of dandelions a long time ago. Their name for dandelion is “pissenlit”. Can you guess what that translates to in English? You guessed it. It means, “piss in bed”.

The French gave it that name because dandelions are very powerful diuretics. In other words they very quickly cleanse and accelerate your urinary system. It is not uncommon for children playing in a field of dandelions to wet the bed later that night. It really isn’t the kid’s fault. The dandelions did it. This stimulation of the child’s liver also has a powerful detoxification effect. It flushes out all kinds of toxins.

Although dandelions are almost always treated as weeds they are listed by the US Department of Agriculture as one of the top vegetables for nutrition. They are chock full of all kinds of vitamins and minerals. But if you decide to experiment with the detoxification power of dandelions how do you go about preparing them? What part is eatable and what gets thrown out? All parts are eatable but generally only the flower and leaves are consumed. You can put the leaves in a salad and eat them that way. Or put a colander full of dandelion leaves in a juicer along with an apple and make apple-dandelion juice. Checking the internet for dandelion recipes will reveal a whole host of preparation options. Of course, make sure the dandelions you collect have not been treated with pesticides or weed killer. And to be safe thoroughly wash them before preparation. If you have liver or kidney problems make sure you consult with your doctor before trying dandelions.

Dandelions have also been reputed to remove warts. If you rub the yellow flower part on a wart and do this once a day for a month or so many people have reported that their warts go away. Of course this may just be an old wife’s tale. But if you have warts it certainly would not hurt to give it a try and see if it helps. There are many detoxification treatments and cures that work but have not yet been thoroughly tested and documented by doctors and scientists.

So when next spring brings a heavy crop of dandelions to your front lawn, don’t despair. Harvest them and put them to good use before you break out the weed killing pesticides. Clear the “weeds” but don’t let the detoxification power of dandelions go to waste.