I began seeing a man three years ago. We’ve gone through two breakups. Each time he realized he was not ready to give me the commitment he knew I wanted. But each time we resumed our relationship, things have been on a deeper level and more committed than before.

Last spring, he called when I had decided it was time to move on, though I knew in my heart with him was where I wanted to be. We attended family functions, went on vacations, and spent weekends with our children from previous marriages.

He says after two failed marriages he is not sure he is capable of having a successful marriage. He believes he is supposed to spend the rest of his life alone. And he accepts that.

At times he says he enjoys the things we do together, feels a connection between us, and is amazed how we are able to communicate. On my part, I feel a level of comfort and security when I am with him that I never experienced before. I can easily imagine a satisfying future spending the rest of my life with him.

Here’s the question. If he’s concluded he’s supposed to be alone, am I a fool to stick around? Should I hope he realizes the tremendous possibilities we have to offer each other?

Part of me wants to believe it’s just his fear talking, and he will realize our true potential. But I don’t want to be naïve.

On the other side of the knife’s edge is, “I don’t want to marry her.” He is walking the blade perfectly, satisfying himself without losing his balance.

What do people say who live on the edge? It is thrilling. It is like skiing a black diamond ski run. Fresh powder and danger even for the most experienced. Fall, and you drop a quarter of a mile before you stop.

He is living the dream. His dream. He is happy and content. A victory for you, whether it’s marriage to him or finding someone who loves you, would be his defeat. Either of your wins is his loss.

You want to stack up minutiae as if they are something. We get along, we vacation, our connection is deeper… On a scale, those are feathers compared to the lead weight of your past breakups and his refusal to marry you.

You deserve to marry a man who wants you as badly as you want him.

Saying “I will be alone for the rest of my life” is the one lie he is telling. He is likely to be alone in the future the same way he is alone with you now. Men like this will never be alone. They will always find a woman who sees their “potential.”

For them it’s a sort of sport, like running with the bulls at Pamplona. Only he will be pursued by women in white dresses pleading, marry me, marry me.

The two failed marriages are the excuse you cannot change or satisfy. He has the ecstasy of living on the knife’s edge, while you are afraid to take a leap at finding the man for you.

Send Letters to: [email protected]
Wayne & Tamara answer as many letters as they possibly can.

Direct Answers – In The Lion’s Den 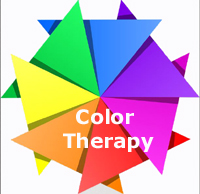 Direct Answers – One of Many