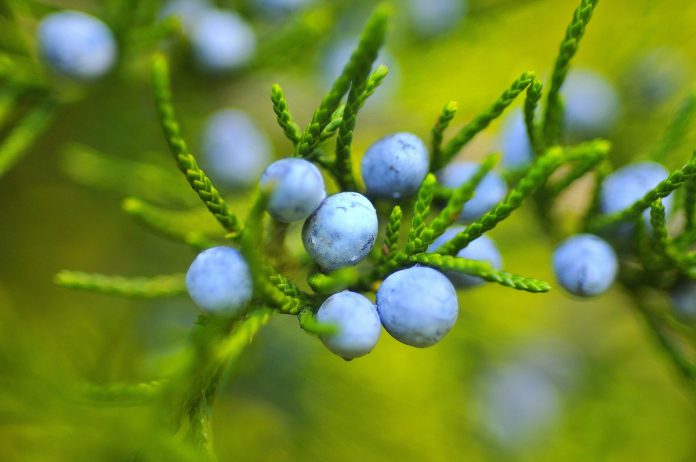 Very few historical records exist on ancient blueberry culture in the Greek and Roman empires. Those cultures did use parts of the blueberry plants and fruit to eat or to treat ailments. The size and flavor of native blueberry plants was extremely variable, and the USDA, modern, extensive research and development of choice selections was judged on a basis of taste, yield of plants, aroma, small berry seeds, and the lasting quality of the fresh berries increased the popularity of this fruit in a period of fifty years as one of America’s favorite agricultural products.

William Bartram, the early American botanist and explorer, reported seeing various members of the native blueberry plant relatives, Vaccinium varietas, as he and his father, John Bartram took an inventory of plants to establish on Georgia farms in his book, Travels, in 1773.

Luther Burbank was perhaps America’s most prolific hybridizer of fruits, and he imported many native species of blueberries, Vaccinium Spp., from other countries and reported in his book, Small Fruits in 1921, that very little improvement had been made to produce a commercially, improved blueberry bush. In recent years the USDA has released excellent yielding blueberries that, when fully ripened, are sweetly flavored, aromatically pleasing, and easy to harvest. Some cultivars of blueberry plants can be machine harvested. Fresh blueberries are available in United States markets, beginning in April and extending until October.

Recent reports from health researchers have shown that blueberry fruit is higher in antioxidants than any other fruit or vegetable. These antioxidants block the presence of chemically charged particles called, “free radicals,” that are believed to be the threat that initiates disease problems. The antioxidants are believed to be important in preventing cancer, stroke, heart disease, and loss of memory resulting from Alzheimer’s disease. Chemically active anthocyanin pigments found in blueberries can improve failing eyesight and can prevent macular disintegration resulting from aging.

According to the New England Journal of Medicine, blueberries fight urinary tract infections and help to prevent eye macular degeneration, says Dr. Ronald Prior, director of the USDA. Early Indian culture in America taught that eating blueberries was good for coughs, and the blueberry bush leaves were used as a tea and health tonic. The North American Blueberry Council says that blueberry juice has higher concentrations of antioxidants than any of the 40 juices tested. Other health benefits from blueberries are Vitamin A, Vitamin B1, Vitamin B2, Vitamin C, Niacin, and the minerals calcium, phosphorus, potassium, and iron.

Blueberries are loved by animals, birds, and many types of wildlife, such as deer, duck, and even bears. The berries provide wildlife a source of food over a very long period of feeding, when food is scarce at off season periods. Birds sometimes can be a pest to the backyard blueberry gardener, but the bird’s appetite can be overcome by either the use of a screen netting to protect and cover the blueberry bushes, or a gardener can plant enough blueberry bushes for his own growing needs and the birds as well.

Blueberries are expected to rapidly become the most sought-after small fruit on the American market. Fifty percent of blueberries are grown for the fresh fruit market and Canada grows 25% of the world demand for blueberries. Growing blueberry plants is easy, but the culture differs considerably from growing other fruits and berries.

If a blueberry gardener understands the origin of wild blueberry plant occurrence, it is easy to predict the soil requirements necessary to successfully grow blueberries. The blueberry plants are found in the wild, growing on very poor, sandy soil with roots that surround the underground layers of decayed organic matter. The acidity or pH level is very low for wild blueberry plants and the bushes prosper in this acid environment. Fertilizer kills more blueberry plants than any other single thing. Blueberry commercial production is highest in Michigan, followed by Maine, New Jersey, Oregon, and Georgia. It is truly amazing that the blueberry can be grown in the South into Florida and then northwards to Arctic North America. Most blueberries are cross pollinated by insects such as bees and bumblebees. Most gardeners plant at least two different cultivars of blueberry plants for the additional advantages of extending the ripening season. Gardeners love planting a berry with no thorns to prick fingers at picking time, the occurrence of tiny seeds that aid in digestion, and the enjoyment of seeing the kaleidoscope of rainbow colors during the winter after the first freeze. Blueberry plants are among the most cold tolerant of all the small fruits, and in the South, the plants often only lose the leaves for a month, often blooming as early as January. Even if the flowers of blueberries freeze, a second wave of flowering will follow during later warm-ups in the weather.

The Lowbush or Wild Blueberry, Vaccinium angustifolium, is the most cold hardy type of blueberry, and commercially the plants are dwarf and only grow 1 to 2 feet tall. Most are not improved varieties, but variable native bushes. One modern Lowbush blueberry release is “Top Hat” blueberry, and the state of Maine accounts for the largest production of Lowbush blueberry bushes adaptable in zones 3 to 6.

Blueberries have many valuable gourmet food uses as in blueberry pancakes, blueberry pies, blueberry jam, blueberry juice, frozen and canned blueberries, and drying under vacuum, the blueberries can last for years to be rehydrated to eat in cereals and other things. These dried blueberries are especially promising for use in Army K ration canning in foreign countries.

Patrick A. Malcolm, owner of TyTy Nursery, has an M.S. degree in Biochemistry and has cultivated berry plants for over three decades.