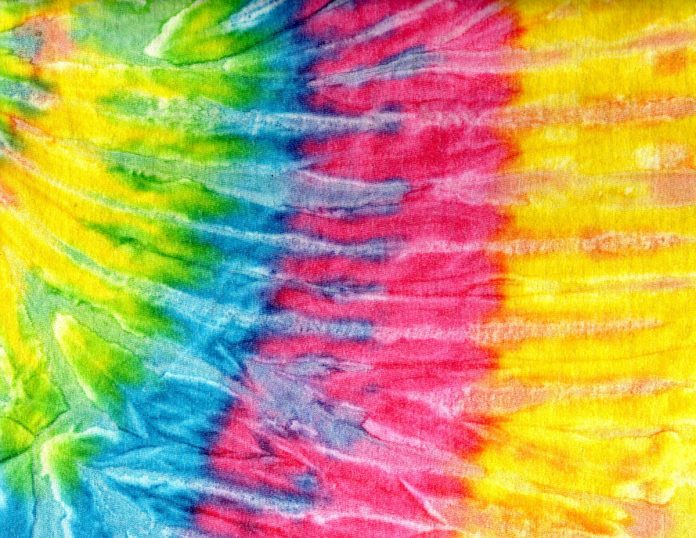 Tie-dye clothing today experiences a magical revival. Baby boomers who grew up with tie-dye t-shirts during the flower power and peace movement are now coming into a phase of their lives where they have more time to reflect, remember the values they held dear 40 years ago and have the resources to seek out clothing that will rekindle those valued held before they went into business and were distracted for a few decades.

Dying fabrics has a long history. Men had always the urge to adorn his body to make him stand out. Nature offered many colors and when it was discovered that fibers could be woven into cloth, which then was used to create garments, it was obvious that attempts were made to use the colors nature offered to make those garments more significant.

Initially, dyes, extracted from various plants’ juices, flowers, bark, leaves, etc., were applied to the basic cloth. The problem was that these early dyes did not last through washing or could even be brushed off. This form of coloring has to be considered a form of embellishment and not yet dying.

When it was discovered how a permanent bond of the dye with the fabric could be accomplished dying was born. Different methods were developed how parts of the fabric could be prepared so that they would resist the dye when it was applied to the whole fabric or garment. One way was to apply some wax that would make the fiber un-impregnable to the water based dyes. After the dying process the wax would be removed by heat or some solvent. This method is now known as batik. The other obvious method was to tie the garment into tight knots or fold and tie it tightly so that, when dipped into the dye, some areas could not be reached by the dye. We call this tie-dying.

During a period at the end of the 16th century Japan was divided into kingdoms which were often at war with each other. In recognition of special bravery in battles warlords often awarded officers most prized tie-dyed kimono or kosode. A special variety of tie-dye is used in these kimonos. Larger areas of the fabric are tied off to create white areas which are then filled with ink-drawings of intricate flowers, landscapes and sceneries.

Those gifts have been passed down from generation to generation and some can now be found in museums. Even though the natural dyes have faded, the designs of flowers and detailed scenes and landscapes are still magnificent.

Merlin Silk, in remembering the peace movement of the sixties and seventies, has taken on the task to bring back tie-dye to his generation and to introduce the younger generation to this art form.