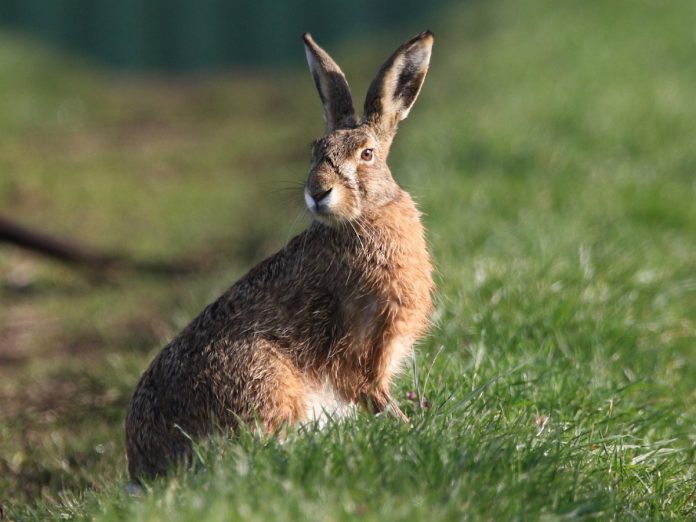 Woodchucks or rabbits got your number? Just as your vegetables are coming up will some wretched creature get most of them? Has this made you mad enough to think about giving up vegetable gardening altogether?

If so you’re not alone, especially because to some extent your hands are tied. As a home vegetable gardener you confront all sorts of restrictions that don’t face big commercial growers. Even if you don’t mind killing small animals, the presence of nearby houses will stop you from shooting them. You probably won’t use poison baits for fear of killing pets. You may use smoke-bombs, but they’re no perfect answer-especially if the offending animal’s burrow is in your neighbor’s yard. And since woodchucks and rabbits are territorial, if one burrow’s owner is bombed successfully, nearby animals will soon move in-sometimes into the same old bombed-out burrow.

Adding to the difficulty, many gardeners won’t kill small animals. They rather like rabbits, raccoons, and squirrels. They even have a soft spot for the awkward, lumbering woodchuck. What’s more, the decision to garden certainly wasn’t made to save money. For many gardeners, it arose from a desire to foster natural things. So many gardeners see themselves as befriending Nature; and killing Nature’s creatures runs contrary to that.

Considering all this, especially if we limit ourselves to humane solutions, it is not surprising that we have yet to find a perfect answer.

But many of the available answers have some merit, so it’s worth noting what those answers are. Predator scents and the like can work against some animals-so long as the animals don’t get accustomed to them and so long as the scent’s source is periodically renewed. Similarly, high-tech ultrasound blasters, water-sprayers, and noisemakers can scare off invaders-so long as the invaders don’t get too familiar with the gadgets used. And various sorts of humane traps can be helpful if they are baited with the right stuff and if the bait is frequently replenished-even though some damage has commonly been done by the time the trap is set, and more may occur before the offending animal is caught.

Of course, the classic answer (the one used by Mr. McGregor in The Tale of Peter Rabbit) is a fence. Traditional fences, the sort Peter Rabbit went through, are passive barriers. So they must be massive, tall, and buried to prevent intrusions by gnawers, climbers, and diggers; and even then success tends to be uncertain.

A better solution is to string a lightly charged wire (connected to a safe fence charger) a few inches outside a small barrier fence. That works, because interested animals will explore the fence before they gnaw, climb, or burrow; and while exploring they will find the charged wire, get startled, and lose their appetite for carrots. However, to keep the system working the gardener must periodically inspect it to see that weeds or other vegetation are not encroaching on the charged wire-because this can discharge the wire and neutralize the system.

As all this indicates, we have yet to find an effortless solution. But humanity has not lacked imagination, as the array of answers directed at this small difficulty now attest.

While none of the available solutions are entirely labor-free, we have clearly made progress-to a point where any home vegetable gardener intent on managing the Peter Rabbit problem can now do so in ways that are effective, Nature-friendly, user-friendly, and safe.