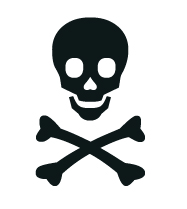 I’m no health saint. Every now and then I do something really dumb. It’s rare, but I’ve been known to drink too much wine or beer and even indulge in the occasional cigar. All of these are toxic and as a rogue chemist turned consumer health advocate, I’m not proud of it. But it’s my choice. And that’s the point. Exposing yourself to toxins should be a choice. But modern day society rarely allows this. Many people are unknowingly poisoning themselves with man-made industrial toxins. The gender bender known as triclosan serves as a poignant example – and it makes my toxic indulgences seem as harmless as apple juice.

Triclosan is used in a nauseating array of household products such as toothpastes, soaps and lotions. Synthesized over 30 years ago, it was once thought to be a safe and effective antibiotic. But a recent UC Davis study shows otherwise.

Scientists discovered that triclosan accumulates in the body – even when applied topically – to eventually disrupt hormone activity. Once absorbed, the synthetic toxin throws our thyroid and sex hormones out of whack, potentially leading to obesity, infertility, cancer and age acceleration. The Centers for Disease Control (CDC) recently discovered that a ghastly 75% of random people tested were positive for triclosan!

There appears to be laws that protect us from such toxic exposure. Appearances can be deceiving. In 1974, Congress passed the Safe Drinking Water Act. It requires the Environmental Protection Agency (EPA) to determine safe levels of toxins in drinking water and over the counter products like toothpastes and soaps.

These levels are called Maximum Contaminant Level Goals (MCLG). These are merely goals, not laws. That’s why the gender bending triclosan was recently approved by the EPA for use in over 140 household products. There is simply no law that requires its removal, despite the real and present danger.

The best way to avoid triclosan and many other toxins is to choose organic. Natural soaps and the antibiotic zinc oxide work as good as triclosan at beating infection. Most importantly, neither of them will poison you. And whether you’re poisoning yourself voluntarily or unknowingly, the best way to protect the body from toxins is by boosting glutathione within the cells – this biological cleaning agent escorts foreign molecules out of the body and into the toilet. This is best achieved by consuming cruciferous vegetables, whey isolate and alpha-lipoic acid.

Ellison’s entire career has been dedicated to the study of molecules; how they give life and how they take from it. He was a two-time recipient of the prestigious Howard Hughes Medical Institute Research Grant for his research in biochemistry and physiology. He is a bestselling author, holds a master’s degree in organic chemistry and has first-hand experience in drug design. Discover how to Live Young, cheat metabolism, beat diabetes, and master your best physique in 90 days at http://www.thepeopleschemist.com/articles.php