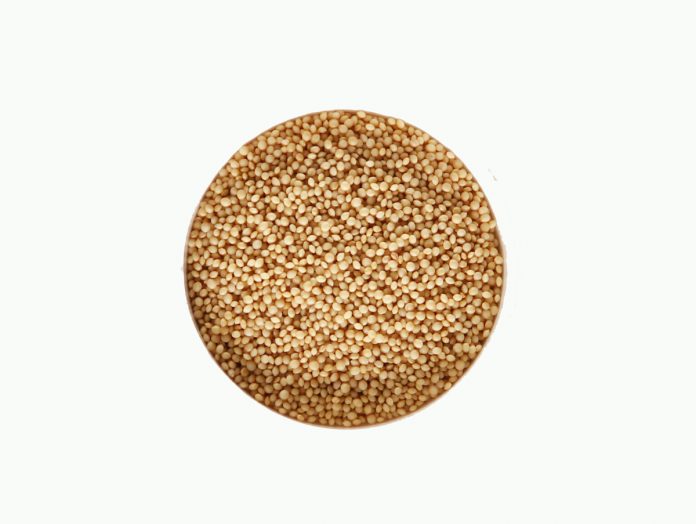 If you take a good look at your yard, you will find many different edible weeds that can be eaten in salads, made into tea or used for health purposes.

Found on most continents, Amaranth is an edible weed and Native to the Americas. The whole Amaranth plant can be eaten but if the leaves appear to have spines on them, avoid eating those leaves.

Amaranth can also be eaten raw if that is the person only choice.

The same asparagus vegetable that you find in the grocery store can be found in the wild in Europe, North America, West Asia and North Africa.

Grown with a much thinner stalk, wild asparagus is rich in thiamine, potassium and vitamins B6 and C. Wild asparagus can be eaten raw or you can boil it for a few minutes to soften the stalks.

Wild asparagus grows extremely fast and has many health benefits like reducing swelling and water retention. In the 16th century, asparagus was used to treat bee stings and cure toothaches.

Burdock is a rather medium to large size plant that has huge leaves. The purplish thistle like flowers bloom up the long stalks in small bunches.

Burdock is a native wild plant in the Eastern Hemisphere and grows in some parts of the Western Hemisphere. The leaves of the plant need to be boiled twice to get rid of the bitterness.

The stalks need to be peeled and boiled and even the root if boiled can be eaten. Burdock is widely used in Japan.

North America calls this weed either cattails or punks. In England, it is known as reedmace or bullrush. Cattail is usually found in the freshwater wetlands near the edges.

Many Native American tribes used cattails as a staple food in their diets. Almost all of the cattail is edible. The tastiest part of the plant is the bottom of the stalk where it is white.

The dark top female flower that looks like a spike can be taken off. It can be boiled up and eaten like corn on the cob. It essentially tastes like corn when boiled.

The best time for eating the flowering top is in the early summer when the Cattail tops are first developing.

Not only good luck is the four-leaf clover, but it is also one of the edible weeds that are found almost everywhere. Clover loves the open grassy areas that have plenty of sunlight.

Clover can be eaten raw or it can be boiled and eaten with other vegetables. Once it is boiled, clover can be chilled and added to salads for a different taste.

North America, Australia and Europe all will find this wild edible weed growing in abundance. Chicory is a busy weed with flowers that are lavender, blue with a little white on the edges.

The whole plant can be eaten. The flowers can be picked right in the field and eaten raw. The leaves can be eaten with the flowers raw or they can be boiled up with the roots.

The roots of the chicory plants get much tastier after they have been boiled. Chicory has been known for years as a therapeutic substance that can help with gallbladder problems and treat the liver in humans.

The Chicory root was also used as a coffee substitute to stimulate the nervous system. Some people even used chicory in their salads and other cooking meals.

Chickweed is an herb and it is found in the arctic zones as well as throughout the United States. The leaves are robust and encircle by a small star like white flower that is on the plant.

The flowers usually appear in May and July. The leaves can be eaten raw or boiled to soften the taste. Chickweed is high in minerals, vitamins, and one of the great edible weeds for healthy skin and eyes.

Chickweed can be made into a tea or eaten fresh. Chickweed is also known for healing minor wounds, eczema, pimples and first-degree burns.

The plant can be used for reducing the inflammation of minor eye infections and help with pinkeye.

Many people think of dandelions as being that obnoxious weed that just will not go away. The weed can take over the lawn and spread like a wild fire if not taken care of properly.

The funny thing about dandelions is that it can save your life if you are out in the wild with nothing to eat. The whole weed can be eaten raw. The roots, leaves and flowers are all edible.

The young leaves are tastier and the mature leaves should be boiled to release the bitterness. The water that has been used to boil the roots and leaves can be drunk as a tea afterwards.

The flowers are great in a salad to add a touch of natural garnish and color to the meal.

Fireweed is a beautiful pinkish purple flower on a long stem. It grows mainly in the Northern Hemisphere and displays unique leaves with veins that are circular going up the leaves.

Younger plants are not as bitter and the leaves are tender when the plants are young. The mature leaves of Fireweed are tough and very bitter. The stalk of the plant can be eaten and the seeds and flowers have a strong peppery taste.

The plant is high in vitamins A and C.

If you ever want a great tasting clambake, do it ocean side in a big pit of natural green seaweed. You can also wrap up some fish for baking or use the seaweed as a sushi rap.

You can also pull in the green seaweed from the ocean, rinse it off completely with fresh water and let it dry. Green seaweed can then be eaten raw or added into all different kinds of soups.

Kelp is just like seaweed. It can be found all over the world. Kelp can also be eaten raw or included in soups. As a great source of folate, lignans and vitamin K, many people will have kelp in their diet a couple of times a week.

Kelp is rich in calcium, magnesium, iron with some traces of selenium and zinc. Another benefit of kelp is that it is very low in copper. Sea kelp is also extremely rich in iodine.

Iodine is important to the humane body and keeping the thyroid gland operating at full strength and healthy. Sea kelp can also clear the build up of uric acid deposits that are hazardous to the body.

The Plantain weed is not like the banana type of plantain. The weed Plantain is a large leaf that is found all over the world and has been used by humans as herbal remedies for many different illnesses.

Plantains grow in the marshes and wet areas of the land, but they can also be found high in the mountain areas above the timberline and snow line.

The leaves are ribbed, grow about 4 inches wide and can grow up to 6 inches in length. They grow on a short stem. Young leaves are tastier because like most plants the mature leaves tend to become bitter tasting.

Plantain is full of calcium and vitamin A and has a pinch of vitamin C.

Of all the unusual edible weeds, Prickly Pear is one of the tastiest ones to try. Found in any desert, the fruit of the prickly pear looks red or purplish.

The small prickles on the outer skin need to be removed before eating the plant. It would be best to boil the prickly pear cactus before eating but if in the desert with no water or store, you could eat the plant raw and save your life.

Purslane is a pretty, little yellow flower with shinny, smooth flat green leaves. The plant contains many different minerals and vitamins that are needed when in the wilderness.

The plant is small and has an appetizingly sour taste. Purslane grows from the beginning of the summer months well into the fall. To get rid of the sour taste, it can be boiled.

Wood Sorrel grows in all parts of the world. It is found in abundance in South America. Wood Sorrel has been used as a medicine and food for thousands of years.

The Cherokee ate wood sorrel to cure sores in their mouths and the Kiowa Indians chewed on the plant to keep from being thirsty. The root can be boiled and eaten and they taste just like a potato.

The roots are starchy and the leaves are full of vitamin C.

I’m Mike McGroarty and I am passionate about plants!  I grew up in the small town of Perry, Ohio. Not much in Perry except plant nurseries, and we have about 130 wholesale growers within about a 10 mile radius of my house. I still live within a mile of where I grew up. I find that very comforting. My goal is to introduce you to plants with personality and give you tips on how to care for these incredible gifts from nature. http://backyardgrowers.com/ultimate-growers-shortcut