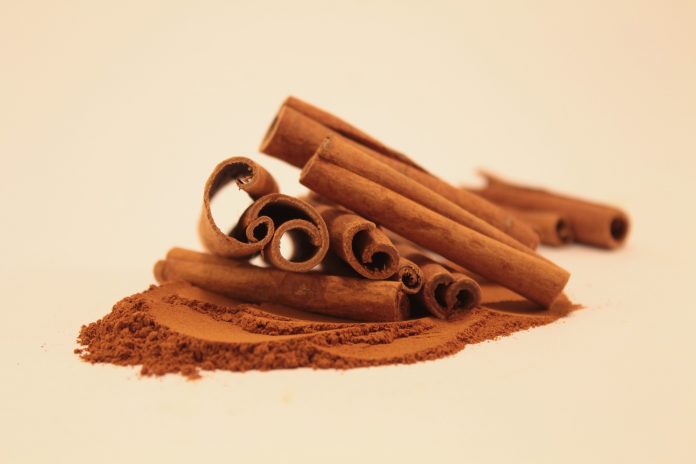 Cinnamon is considered one of the oldest spices and unsurpassed ingredient in the kitchen. It has a very pleasant smell and taste and is used as an addition to fruit salads, pies, and other desserts. Many people like the coffee that sprinkled with a little cinnamon, because it gets a special flavor. It may also be added to tea and other drinks.

In fact, one has to distinguish between two types of cinnamon. One is Ceylon cinnamon, which is better and recommended for consumption. The second is the Chinese cinnamon, which is of lower quality, and as such is suitable for industrial production fresheners, scented candles and the like. Chinese cinnamon is not recommended in the diet because it contains more coumarin than allowed. Ingredient coumarin in larger doses can cause liver and kidney damage.

See why cinnamon is good for your health.

Several studies have shown that cinnamon has a positive effect on blood sugar levels. Cinnamon is a popular natural remedy used by people suffering from type 2 diabetes.

Studies have shown that cinnamon oil is effective in the treatment of infections caused by Candida, such as Candida Tropicalis and Candida Albicans.

It Relieves The Symptoms Caused by Poisoning

Cinnamon has a strong antibacterial effect and is excellent in the treatment of stomach problems caused by salmonella and E. coli. Ground cinnamon, oil or tea of cinnamon, are effective in neutralizing stomach problems.

Helps in The Treatment of Symptoms of Irritable Bowel Syndrome

Cinnamon drastically reduces the unpleasant symptoms of irritable bowel syndrome, especially helps with flatulence. This plant stimulates digestion and helps in the treatment of bacterial infections. In addition, cinnamon is an excellent remedy for stomach cramps.

Helps with Osteoporosis and Arthritis

Cinnamon is rich in manganese, which helps build bones, blood and connective tissues in the body. People who have less of manganese in the body frequently suffer from osteoporosis and arthritis. In pain due to arthritis can help massage oil of cinnamon or sipping tea cinnamon.

Regular consumption of cinnamon protect the health of the brain and improve concentration.

It is Powerful Antioxidant

Cinnamon is one of the top foods rich in antioxidants. They help regenerate cells and relieve the body of harmful free radicals.

Cinnamon improves circulation and can speed up metabolism. Therefore, you will be successful in the fight with overweight.

If you feel pain in your muscles it will help you massage cinnamon oil.

This spicy plant operates Prevents heart disease, due to lower the level of triglycerides, cholesterol, and excess fat.

Cinnamon Improves The Health of Teeth and Gums

Cinnamon oil is often used in the production of chewing gum, candy freshening breath, mouthwashes, and toothpaste. This is primarily due to the strong antimicrobial effect of cinnamon.

Tea made from cinnamon or tea with cinnamon positive effect on problems caused by a cold or a sore throat, and can alleviate a cough.

Since it is rich in manganese, cinnamon is a great way to reduce the unpleasant symptoms of PMS. This spice relieves spasms and relieves tension.

Against The Symptoms of Food Poisoning

Cinnamon helps women who have polycystic ovaries so they can regulate the menstrual cycle.

If you are suffering from a migraine or regular headaches, first aid can be tea of cinnamon.

There are so much more cinnamon benefits, but we should use it carefully because if we use it too much it could cause damage. Use Ceylon cinnamon to eliminate coumarin related side effects.

The author is an experienced spice grower from Sri Lanka (Ceylon). He has well maintained, own cinnamon (Cinnamomum verum) cultivation in south coast of the country. The website, http://www.trueceylonspices.com/ceylon-cinnamon/ is the online preface of his experience related to cinnamon. This website provides facilities to worldwide customers for read about Ceylon spices and buy natural spices directly from Sri Lanka. The above article contains his knowledge and experience about health benefits of cinnamon.