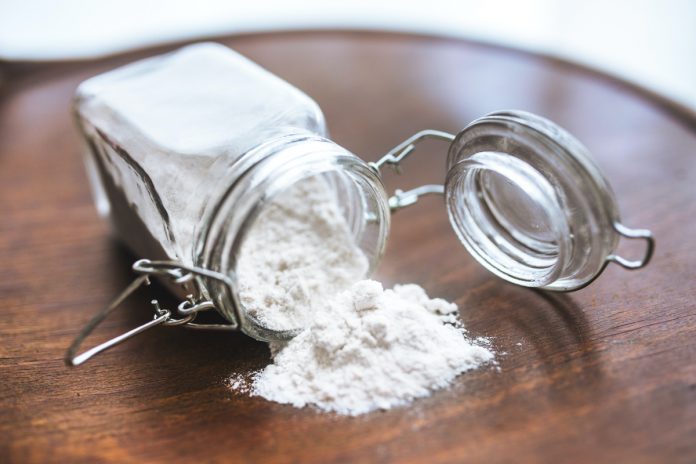 There are many diseases that can attack your garden and wear down the health of your plants. After you’ve tilled the soil, started your seedlings and faithfully watered and nurtured your vegetables, the last thing you want is for powdery mildew or fungus to get between you and that first crunchy cucumber. And buying pesticides and treatments at the store will add harmful chemicals to your future food, your soil, and the water runoff that returns to our creeks, rivers and oceans. Please don’t do that!

Here are 4 simple home remedies that can help you get rid of many common problems in your garden, safely and naturally. And you probably have at least three of them in your home already.

Use apple cider vinegar to treat a host of plant diseases, including rust, black spot, and powdery mildew.

Pour into a spray bottle.

Spray the solution on infected plants in the morning or early evening — when temperatures have cooled and there’s no direct light on the plant.

Repeat until the condition is cured.

Add several drops of liquid biodegradable soap to the solution to help it spread more evenly on the leaves.

Spray infected plants, including the undersides of leaves.

Both hydrogen peroxide and water are is made up of hydrogen and oxygen, but hydrogen peroxide (H2O2) has an extra oxygen atom. When plants are watered with hydrogen peroxide, oxygen is released into the soil around the roots, resulting in rapid healthy root growth. Roots require oxygen and most root diseases are caused when they don’t get enough of it. This is usually a result of over watering, when the air spaces around the roots are filled with water instead of air. The plant cannot absorb nutrients properly when this occurs. It begins to wilt, and the caring gardener will add more water, which makes the problem worsen. Try using the cheap 3% hydrogen peroxide you can buy at the drug store. Mix 2 teaspoons to a gallon of water, and use this the next time you water.

Milk is a great fungus and virus fighter in the garden. To help prevent fungus, sprinkle 2 tablespoons of powdered milk to the soil around your plants early in the season BEFORE problems happen. If you see fungus on the leaves of your tomatoes, roses, or other plants, spray a diluted milk mixture (1 part milk to 1 part water) directly on the infected leaves. You can even use milk that has soured.

Got Mildew? Get Milk!

Neem oil works great as an organic insecticide, because it disrupts an insect’s hormonal balance, killing the insect before it can molt to its next stage of life. Neem oil kills pests (whitefly, aphids, Japanese beetles, moth larvae, scale, spider mites) after they’ve eaten leaves sprayed with the oil. It also repels others with its strong smell.

Sprays containing neem oil are also used as fungicides against rust, black spot, mildew, leaf spot, scab, and blight. Mix 2 tablespoons of 70% neem oil to 1 gallon of water. Spray all plant surfaces, including the top and bottom of leaves, until completely wet. As a preventative, apply the neem oil spray every two weeks. To control a pest or disease already present, apply weekly.

read more >> The Organic Way to Get Rid of Japanese Beetles

Now that you’ve got the plant diseases under control, here are some tips for preventing them in the future.

1. Just like us, plants get sick when they are under stress. Don’t over water or over prune. And keep those weeds under control.

2. Prevent Gray Mold. This disease occurs after prolonged periods of overcast skies, fogs, heavy dews, or light drizzly rains. The symptoms include a gray to brown discoloration that occurs on the inside or middle of the leaf or petal (rather than the outside edges as would happen as it ages naturally) and a fuzzy whitish gray to tan mold growing on the surface of affected areas. Practice surface watering so water does not accumulate on the plant itself, water early in the day so the garden can dry out. Remove all diseased parts of the plant and burn of bury. Don’t touch or move around in a crop if the leaves are wet as this can spread the disease.

3. Rotate your plants from year to year. Planting members of the cabbage family (including broccoli, cauliflower, kohlrabi, brussel sprouts or mustard) in the same place again and again can cause Clubroot. This results in distortion on roots in the shape of a club and prevents cabbage heads from forming. If you see this problem, bring the pH of your soil up to 7.5 or so.

4. Mulch! Adding mulch to the surface of your garden will help to suppress weeds, allow you to water less often, help protect the soil from erosion and compaction, increase earthworm activity and help keep snails and slugs under control. Use:

– Grass Clippings (if no fertilizers or treatments have been added)

5. Compost! It’s easier than you think and lots of healthy nutrients will be added back to your soil. Get started today by checking out the helpful tips and links on the website listed below. You can even start with just a plastic bin or two and you’ll be making rich, nutritious compost for your garden for next year.

Now you are ready to watch your organic garden flourish! And it will all be worth it when you bite into that first freshly picked sweet tomato of the summer. For more tips and lots of great links, check out our Organic Eden website. Happy Gardening!

How to Control Earwigs Naturally