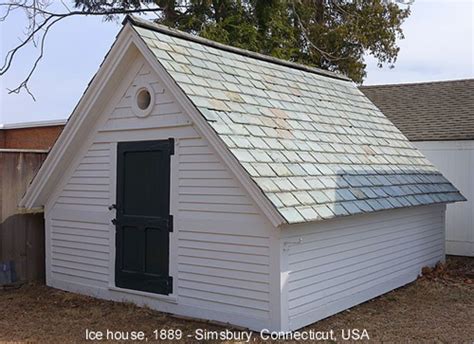 Refrigeration of one sort or another goes back at least three thousand years. Ancient Chinese made a practice of cutting ice and storing it for later use as early as 1,000 b.c.e. Other ancients, such as Egyptians, used to make ice by placing water in earthenware pots outside on cold nights. This practice is known to have occurred as early as 500 b.c.e.

Countless people of the past made “refrigerators” by digging deep holes into the ground, lining them with insulators such as straw, then covering them securely to keep critters out. These cooling rooms, called “root cellars” by many in the recent historic past of pioneer America, were relatively effective. Food could keep for long periods of time in the cool space beneath the Earth’s surface. In some areas, caves served a similar purpose. In other areas, if secure packaging could be devised, and another gizmo invented or obtained for lowering and raising the food package, a lake or a cool mountain stream could act as a refrigerator.

In 1550, it was discovered in France that wine could be cooled if the bottle was rotated in a solution of water with dissolved saltpeter. Cooled drinks became all the rage.

In the 1700’s in England, large blocks of ice were cut, packed in salt and flannel and stored underground, where they would last until summer. The first ice boxes emerged in the early 1800’s in England. They were made of wood and lined with tin or zinc, and insulated with seaweed, straw or sawdust. The melt water from the ice had to be emptied from a drip pan every day. Harvested blocks of ice, kept in its frozen form by well insulated ice boxes, delivered regularly by insulated vehicles, provided refrigeration to the general public for many years (even for a time after the invention of the refrigerator) as the popularity of the new electric kitchen refrigeration invention gradually grew.

Science and technology began to try for practical applications in the challenge of cooling in the 1700’s. Toxic gases, vacuums, heating and changing matter from one state to another were tricks of the trade in these early experiments. A Scottish gentleman named Dr. William Cullen created a small amount of ice at the University of Glascow in the first known successful experiment to create artificial refrigeration. In 1758, Cambridge professor John Hadley and the famous Benjamin Franklin conducted a refrigeration experiment that also produced a small amount of ice. Others were experimenting, too, and the experiments were succeeding, because the very first patent for anything that had to do with refrigeration was granted by the U.S. government in the year 1803 to a Maryland man named Thomas Moore. Michael Faraday, a Londoner, invented but never actually built a refrigerator that cooled by the liquefaction of ammonia in 1805. It was in the mid 1800’s that American doctor John Goorie invented the idea of refrigerating air (air conditioning) to relieve the discomfort of his fever stricken patients (yellow fever and malaria). Dr. Goorie built a prototype of his refrigerated air system, but was unable to find commercial success with it. Meantime, down under, certain Australians were developing ice producing machines and refrigerated storage facilities. The first Australian commercial enterprises to use the new cooling technologies were breweries and meat packing plants. In the mid to late 1800’s, refrigerated railroad cars, refrigerated shipping, and finally in 1892 the first air conditioned home appeared one by one on the scene.

It was in 1911, in Ft. Wayne, Indiana, that the very first refrigerators for home kitchen use were built. Called “Guardians”, these refrigerator units were ready to go on sale in 1915. A French monk is credited with inventing the machines. These first refrigerators for home use were the forerunners of the later popular Frigidaires. More than a dozen or so brands of home refrigerators proliferated through the 1920’s, all of them operating with powerfully toxic gases such as ammonia and sulfur dioxide as refrigerants. In the 1930’s, Freon was discovered, and deemed to be a safe refrigerant. It wasn’t until the 1970’s that Freon was determined to be horribly damaging to the ozone layer surrounding the Earth’s atmosphere, at which point a safer refrigerant containing hydrofluorocarbons rather than chlorofluorocarbons, began to be substituted as a refrigerant in modern refrigerators.

Mass production of modern refrigerators had to wait until after World War II ended. Today, refrigerators are one of the most widespread, most popular home appliances in use in the entire world. Most of us, if we bothered to think about them, would be terribly grateful for our refrigerators.