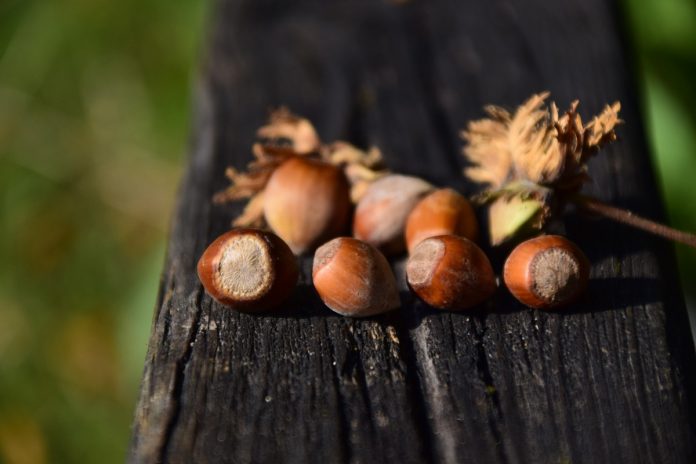 This summer is a milestone season for us. It is the first time we have attempted to wean ourselves off commercially prepared coffee and teas. For me, coffee has not been an issue. I have, at least twice each year, gone “cold turkey.” Whenever my coffee consumption reaches five or more cups on a daily basis, it is time to give up the addiction. The withdrawal can be a bit troublesome, at first, but it is worth the effort to feel “clean” and invigorated. For my wife, giving up coffee completely has not worked well.

However, she has adapted to tea alternatives eagerly. By far, her favourite has been rose hip & ginger tea.

We dry all our wild harvest plants using screens, wind and sun. The exceptions are late season harvests, like Hawthorne berries, blueberries and mountain ash, which we dry using a dehydrator.

Rose hip & ginger is prepared, after drying, by using a small chopper, and mixing one piece of crystallized ginger with a half cup of rose hips. The result is pleasant-tasting, and excellent for blood or kidney issues. Hawthorne tea is prepared the same way.

Coffee substitutes are more challenging. Do not believe people that tell you that dandelion root is just like coffee. It isn’t, and if they had actually prepared it, they wouldn’t claim it was. It has a bitter, almost harsh aftertaste that doesn’t remind anyone of coffee. However, it may very well keep you awake!

Dandelion root can be prepared in such a manner, though, that it tastes acceptably good, if unlike coffee. First, wash and dry the root. Then, cook it in a solar oven or high above campfire heat for a couple of hours, at no more than 300 F. Crush the root well. Steeping it, rather than boiling it, seems to eliminate a lot of the bitterness.

For flavour, use hazelnuts, roasted and crushed, or even acorns. Both impart a slightly darker flavour. To provide a good thickening agent, boil & strain common plantain seeds or cattail root fibers, and mix in with the drink. It doesn’t taste unlike a sharp=tasting cream, but certainly doesn’t have the sweet taste. Cattail root, on its own, is more mellow.

A second coffee alternative is thistle root (young, not old and sinewy) mixed with goldenrod flowers. It has more of the taste of a bitter tonic than coffee, but it is good hot, and good for you!

Don’t expect, regardless of the tea or coffee substitutes that you use, to generate any taste like that of commercial product. The only thing that actually tastes like coffee is coffee, just like the only thing that tastes like meat is meat, contrary to the claims of shitake mushroom growers or tofu lovers. If you need exact flavours, use exact product! Otherwise, enjoy the alternative lifestyle of the coffee or tea imitator.

Among other interests, Robert Lee is a writer who focuses on ethical considerations in business and living life simply. He is the author of six books, including The Last Drop of Living, A Minimalist’s Guide to Living The High Life On A Low Budget and Wild People I Have Known. His blogs include http://movingtoayurt.blogspot.com, as well as blogs on minimal living, finding your oasis in life (findingtheoasis.blogspot.com), harvesting wild plants and eco-innovations.