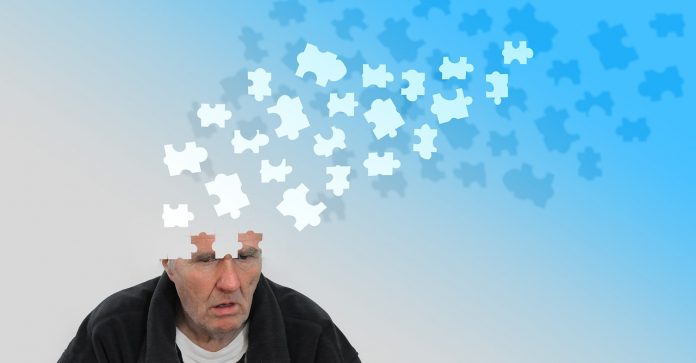 September is recognized as “World Alzheimer’s day”. It is wrong to say that this day is celebrated as “World Alzheimer’s day” because celebrations are associated for fun or good memories. In case of Alzheimer’s disease, there are sufferings hidden in the disease process. This article may help to find a ray of hope to all Alzheimer sufferers. Today we are completing 103 years to discover the Alzheimer’s disease but still there are lots of gray areas in the field in terms of understanding the cause, diagnosing it and getting proper treatment to find the solution.

What is Alzheimer’s Disease?

Alzheimer’s disease is a type of mental disorder which affects the process of memory related functions of the brain. As on date, it is considered as incurable disease. The progress of Alzheimer’s disease is very slow but affects permanently which wipes out the process of thinking, judgmental skills and finally an affected person becomes incompetent to carry on day-to-day activities for his own survival. Most of the cases are over the age of 60 but the pathology of this disease starts 10-15 years before the symptoms are noticed. At the beginning, the symptoms are taken very casually where the seriousness is hardly known to anybody. Gradually the disease spreads in other parts of the brain which interferes with all the physiological functions of the brain.

Medically, it is recognized as gradual degeneration of the brain tissue. The disease is named based on the observations done by German psychiatrist and neuropathologist Alois Alzheimer in 1906. He was the first to correlate the symptoms of memory loss and the structural changes in the brain of a lady after she died. He found that the brain of the lady had tangles and a plaque made from protein fragments and the entire structure was drastically changed. It is now over 103 years after the disease is known to the medical fraternity but there is no remedy to cure it.

What is The Cause?

The short answer to this question is “Not known”. There are some imaginary theories based on epidemiological data as follows:

2) Statins (the drugs given for cholesterol lowering) increase the incidence Alzheimer’s disease. Recent research from Prof. Yeon-Kyun Shin, Iowa State University has recently published a report on his exhaustive work on this subject.

3) It is likely that the causes include genetic, environmental, and lifestyle factors. A gene located on chromosome 19 is associated with late onset Alzheimer’s disease.

5) Some studies have found that women have more risk for Alzheimer’s disease than men.

6) Few studies have proven that Alzheimer’s disease is more prevalent in cases of previous head injuries.

7) It is also studied that Estrogen therapy after menopause triggers Alzheimer’s disease.

But these causes are completely hypothetical. There is no concrete data available to understand the real cause. Hence it is extremely difficult to adopt any precautionary measure to prevent or treat Alzheimer’s disease.

Since medical fraternity has hardly anything to offer for Alzheimer’s disease, caregiver plays a major role in management of such cases. Common suggestions are given to the sufferers like regular exercise, good diet, peace of mind, hygienic surroundings, pleasant atmosphere with cheerful communication etc. Practically all these recommendations are good for any individual for overall health and wellbeing. There is nothing specific attributed to Alzheimer’s disease.

What is The Treatment of Alzheimer’s Disease?

The shortest answer to this question is “No treatment”. According to modern medicine, when the cause is not clearly understood, how can there be a solution? Most of the diseases of infectious origin, the causative organism is detected and hence it becomes easy to find a recipe to overcome the infection. In the diseases of systemic origin, the pathophsiology is understood properly and the treatment becomes easy. In Alzheimer’s, the picture is different. The disease mechanism is unknown and hence “No treatment”. There is one drug, Donepezil which is used to treat symptoms of Alzheimer’s disease in individuals with mild to moderate illness. The drug may cause small improvements in dementia for a short period of time, but donepezil does not stop the progression of Alzheimer’s disease. Donepezil helps prevent the breakdown of acetylcholine in the brain, thus temporarily increasing its concentration. In doing so, it improves the thinking process by facilitating nerve impulse transmission within the brain. Diarrhea, nausea, and vomiting occur more often with the 10-mg dose than the 5-mg dosage. Other side effects are abnormal dreams, depression, drowsiness, fainting, loss of appetite, weight loss, frequent urination, arthritis, easy bruising, difficulty in sleeping, dizziness, nausea, muscle cramps, headache, or other pains. Donepezil is not safe as it also has interaction with many other medicines which alter its effects. Since there is no other option left, Donepezil is prescribed for Alzheimer’s. The medical field should have open doors to welcome newer ideas and safe drugs to treat this dreadful condition.

Considering the patho-physiology of the disease, it is rational to think whether Ayurveda can offer something in Alzheimer’s? It is true that the disease was not mentioned in Ayurveda by this name but there many recipes mentioned to treat various kinds of mental, psychological and emotional disorders. While studying the subject, many hidden things came out which are of immense importance in managing Alzheimer’s disease. Few important references are given below to scientific thinkers.

1) Nasal medication has immediate access to the brain as it bypasses the blood brain barrier. Hence the nasal route would be the best route to treat Alzheimer’s disease. Ayurveda has mentioned very clearly that nose is the gateway to brain and diseases attributed to Central Nervous System can be successfully treated only with nasal medication. American Association of Pharmaceutical Scientists (AAPS) has published a research paper on this concept and the conclusion is “In summary, the advantages of intranasal delivery are considerable. It is both rapid and non-invasive. It bypasses the BBB and targets the CNS, reducing systemic exposure and thus systemic side effects. Even for drugs that can cross the BBB, it can reduce systemic side effects by reducing the need for the drug to enter the systemic circulation. It does not require any modification of the therapeutic agent being delivered and should work for a wide range of drugs. Intranasal delivery may facilitate the treatment and prevention of many different neurologic and psychiatric disorders”.

2) Human brain is made of approximately 70% fat and 30% protein. Therefore it has a natural affinity towards lipids for its normal functioning. Considering references from Ayurvedic texts, cow ghee is the best available lipid and has 3 different actions on the nervous system. Acquisition, storage and recall are the 3 basic functions of the brain and cow ghee possess the properties to enhance these three fold brain functions. It is as simple to understand that water is not easily soluble to oil but another oil or ghee can easily be absorbed. Therefore water-soluble or water based drugs do not penetrate the brain easily. This concept also goes very scientifically with the research on new drug in Europe for Huntington’s disease. Huntington’s disease (“HD”) is a genetic neurodegenerative disease characterized by movement disorder, dementia and psychiatric disturbance. Early symptoms might affect cognitive ability or mobility and include depression, mood swings, forgetfulness, clumsiness, involuntary twitching and lack of coordination. Later, concentration and short-tem memory diminish, and involuntary movements of the head, trunk and limbs increase. Eventually, the person is unable to care for himself or herself. Death follows from complications including choking, infection or heart failure. The drug developed for treating this is basically an Omega 3 based fatty acid, given orally and has proved quite effective. The drug is in the process of launching world-wide in a short span of time. Ayurveda has given emphasis on Cow Ghee which is also a fat, easily available and has been an household item of Indian kitchen.

3) A brain wave ‘p300′ is linked to memory and learning. The faster the rate of transmission, the brain functions more efficiently. Researchers took 26 volunteers hooked them with electrodes and checked their p300 rate. Immediately after taking the test, they were given DHA (derivative of Omega-3). Two hours later, their brain waves were measured, and this time the p300 rate was significantly faster in the group. This supports importance of lipids in the neurotransmission as well. What Ayurveda has recommended also goes very much hand in hand with this research. Therefore in Indian tradition, it is customary to put few drops of oil (the purpose is to introduce a fatty substance) during massage given since infancy period.

There are end number of research papers published which give us a guideline to treat neurological diseases and which could be a breakthrough in treating Alzheimer’s disease. Not only Ayurveda but even modern research also supports the concept of treating the brain diseases through nasal route. Importance of Lipids in neurological diseases is also established by modern medicine which is evident in Ayurvedic classics. Indian traditional way of life supports the theory of using unctuous substances for lubricating the sense organs which are the sensory paths to access the central nervous system. In spite of that why do we still pursue the issue of Alzheimer’s disease?

When Should One Start Nasal Treatment?

The symptoms of Alzheimer’s disease start appearing after 10 to 15 years later after the actual pathology starts in the brain. Therefore it is extremely important to start the treatment at the age of 50.

There are many herbs proven to have phenomenal improvement in the brain at the cellular level. The well known are Brahmi (Bacopa monnieri), Ashwagandha (Withania somnifera), Shankhapushpi (Evolvulus alsinoides), Vacha (Acorus calamus), Saffron (Crocus sativus), Tulsi (Ocimum sanctum) etc. Oral medicines find difficulty in reaching the brain as there is a physiological mechanism called Blood Brain Barrier which prohibits the absorption. Therefore it is practical to use these herbs in the form of nasal medication and also should be processed by special method called “Sneha – Paka – Widhi” described in Ayurveda. This will bypass the Blood Brain Barrier and allow the active herbal constituents to reach the central nervous system and arrest the progress of Alzheimer’s eventually. Besides this, the nasal medication also helps to improve vision, arrest hair fall, prevent graying of hair, improve hearing and many other diseases attributed to ENT and supra-clavicular disorders. Like synthetic drugs have side effects, Ayurvedic drugs have side benefits. Unknowingly these formulations impart some added benefits and contribute to positive health achievements.

As on date, there is no technique available to detect or forecast the Alzheimer’s disease in advance. Therefore it is safe to start such nasal medication at the age of 50 and keep fingers crossed and think positive for gaining élan health in older age. Ayurveda recommends this nasal treatment should be done daily, 4 to 6 drops in both the nostrils, preferably in the morning or evening. It is good to take a sip of warm water after introducing the drops if there is a feeling of the contents coming in the throat. Since the base is ghee, the bottle should be made warm to liquefy the contents in case it is not properly flowing.

Considering the research in modern era and viewing the verses in Ayurveda it becomes evident that Ancient science has enormous hidden potential. It is rather a golden treasury for human beings but needs to be explored and understood properly. Many times it seems that Ayurveda has given short verse with big meaning which is equivalent to one doctorate in that field. It is just like a question asked and the answer given in Ayurveda, modern research helps to find the various steps involved in getting the answer.