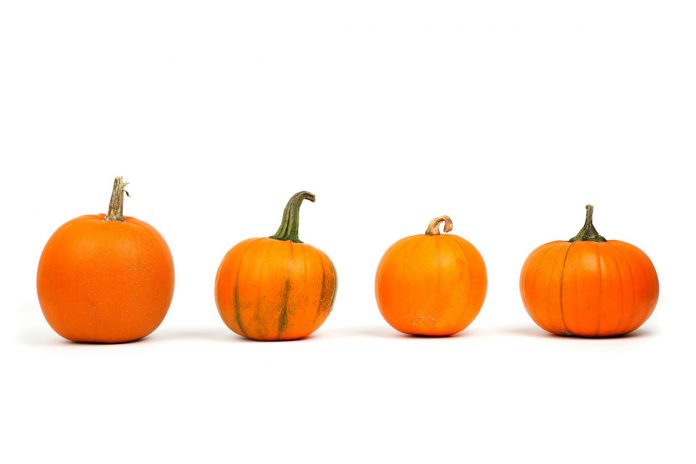 I’ve learned to do a lot of things with pumpkins for many reasons. One is that we grew them on the farm and no one wanted to waste them. In fact, we tended to paint jack-o-lantern faces on rather than hollow them out, so the flesh and seeds could be salvaged.

Another reason is the many benefits the flesh and seeds have for our good health. It’s high in antioxidants, especially beta-carotene. It’s also high in potassium and zinc. Potassium can help ward off hypertension and zinc is very good for the immune system. In fact, it’s better to get zinc from food than through a supplement to prevent an overdose.

The seeds have long been used as an herbal remedy. One important traditional use is as a support for the prostate. It’s thought that the phytosterols in the seeds may help to shrink the prostate and perhaps help prevent cancer. It must be pointed out that any herbal remedy that acts on the prostate should be mentioned to your doctor, as it could actually mask the signs of prostate cancer.

Surprisingly enough, the seeds may also provide some relief from arthritis. It is considered an anti-inflammatory, which is important. However, unlike some prescription medications, it may not contribute to the progression of the disease.

As a facial, the flesh of the pumpkin may be used similarly to some anti-aging lotions. It’s chock filled with Vitamins A and C, plus alpha-hydroxy and zinc. Just make a paste of the flesh and rub it on.

It’s easy and fairly inexpensive to prepare your own pumpkin seeds. Simply remove them and put them on a cookie sheet. Toast them lightly in a moderate oven, and enjoy.

My favorite pumpkin recipe is something I came up with. I use miniature pumpkins for this. Put together a custard of your choice. Clean the seeds out of the pumpkin, then pour the custard into the pumpkin rather than a custard dish. Bake in a moderate oven until the custard has set and the pumpkin flesh is soft. Chill and serve.

Mary Bodel  –  I’ve been a master herbalist since 2004 although my training began long before I reached that level. I believe that health encompasses more than taking care of our bodies. It involves everything from what we eat to what we read. It involves our spirit as well as our body.