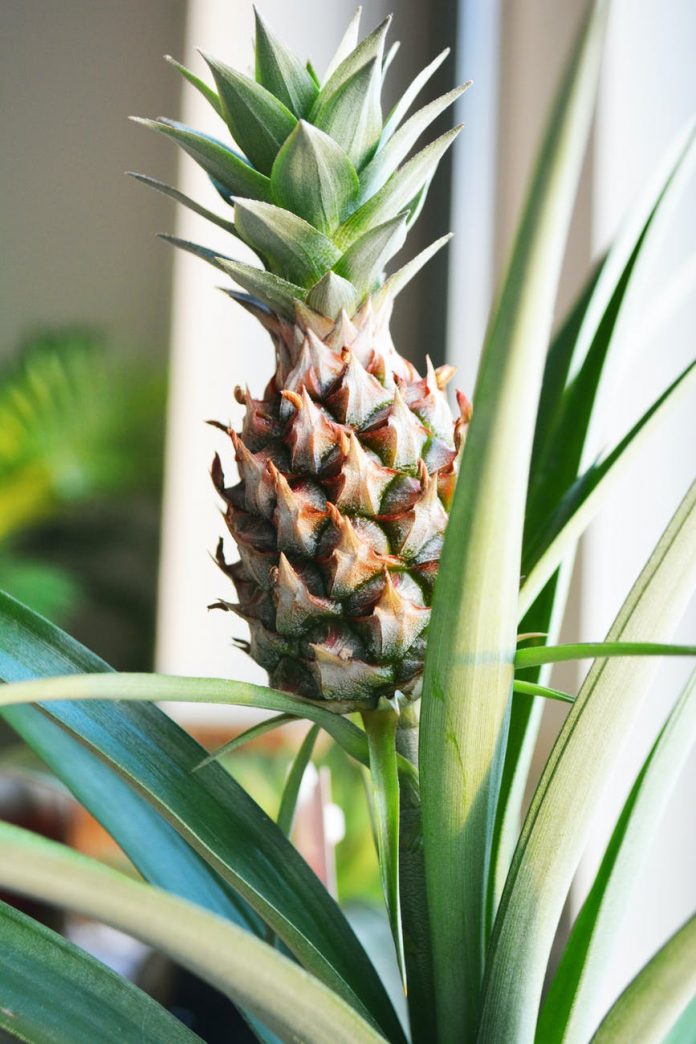 It does not matter whether you put your kitchen scraps in the compost or the bin, did you know that you could grow many of your favourite fruit or vegetables from those scraps. Indeed, unless your compost is very well matured you will find stray veggie seedlings may appear wherever you deposit the compost.

Take for instance those potato peelings, if it is a fairly thick section of peel with an eye (shoot), then you can often get these to grow into full potato plants. Another indication that a potato is only good for planting or throwing out is the colour. If the potato is starting to look fairly green on the skin then *DO NOT EAT*, as it is an indication that it is producing a poisonous substance common in the nightshade family to which it as well as the tomatoes, chillies and capsicums belong. You can also get sweet potatoes and taros to grow from sections of the tubers.

Have you ever tried to plant or thought about trying to plant the seeds from a particularly nice tomato, capsicum, chili, watermelon or pumpkin? While any plants grown from such seed may vary quite a lot from the parent fruit, you can still achieve fairly good results from them if you are on a tight budget.

The plants grown from seeds of many of your kitchen scraps will not produce fruit to the same high standard as the original fruit/vegetables because of the complicated interbreeding programs put into place by the big seed companies. However the progeny can give a very wide range of resulting offspring. But if you come across one or two particularly good plants in the resulting season, then reuse the seeds of that and always-in future pick the best fruit from the best plants for your future propagation material.

Though there are some veggies in the kitchen where it is not possible to grow them from the seed in the fruit. These are those vegetables where the edible fruit is still in an immature state and the seed is not yet viable. These fruit/veggies include the cucumbers, okra and squashes to name just a few. This is because the fruit when it reaches a stage where the seed is viable is just too big and coarse for human consumption.

If you leave the top of a pineapple out in a shady spot for a week or so during warm weather, then strip back the lower dead leaves. You may even notice some small juvenile roots already forming at the base of the plant top. One thing to remember with pineapples is that it is a species of bromeliad. And as such it requires the same moist but well drained growing conditions.

When the garlic cloves are starting to get a green sprout coming out of the top, it is a pretty good indication, that it might be a good idea to plant them out individually for a good harvest in about 8-10 months time of this fairly expensive herb plant.

Treat it like any member of the onion tribe, because they like moist, well drained soil and a fair amount of feeding during the growing season. Harvest as the tops are dying back. But let them dry out in a cool but airy place, before you try to use them back in the kitchen.

Another fruit/vegetable along a similar line is corn, try leaving a fresh, uncooked cob of sweet corn in a shady dry spot for a couple of weeks, then you can strip the kernels away from the cob and plant them. A quicker suggestion is to grab a handful of corn kernels out of a packet of popping corn, The only comment would be that corn grown from these seeds would not be as sweet or juicy as sweet corn, and in reality would be better dried and used as popping corn.

Why not try growing your own peanuts? Always only using the raw nuts, and only choosing those nuts, which are still whole and encased in the brown skin. Peanuts can be grown during warmer weather in most parts of Australia. One of the fascinating things about peanuts is that they are one of the only plants which flower set fruit and then bury and pre plant their own seed ready for later germination. Yes the peanut, which is dug from the ground, is actually a fruit buried by the parent plant, after flowering.

You can always grow your own ginger; all it takes is a section of the root, purchased from a greengrocer. Plant it in a well drained but moist soil. Allowing plenty of room for the plant to spread out. You can be harvesting your own ginger roots within about 8-12 months.

Whether you have got a long fence, chook pen or an unsightly shed to cover, why not try planting a choko. The Vine can be very prolific, as long as you keep the moisture and fertilizer up to it.

Though once it is established, it can be left to fend for itself, and will still produce a steady supply of fruit for the family. If you have a few dollars why not look at purchasing some of the heritage or heirloom seed ranges of Fruit and vegetables. Many seed firms as well as organizations like the Seed Savers Network have many fascinating and unusual varieties of plants available for the home gardener to grow.

Of course once you have various plants growing in your veggie garden don’t forget to keep some propagating material back ( whether it is root sections, seed or divisions), for future plantings. Also you should think about letting certain plants like lettuce, parsley and basil go to seed, for planting later. I regularly have to weed my lawns around the gardens for rouge seedlings of the above plants. Such spare seedling weeds are easily replanted or swapped with other gardeners for plants I don’t yet have, or given to school and/or charity plant stalls. It is useful to have weeds that other people want and are willing to pay for.

While it usually not a good idea to try and propagate most of the tree fruit, simply from a time perspective and again because the results can also be very variable. It is still interesting to try even if you only end up getting a pot plant out of the results. It is possible to grow the seeds of such trees as mangoes, citrus, avocado, apple, pear, etc. While the fruit of some species simply have no viable seed at all eg, bananas. There is however a few, which readily lend themselves to home propagation eg, pawpaw (papaya), tree tomatoes, unroasted coffee beans, etc. I remember as a child, accidentally germinated a coconut palm, from throwing the mostly eaten out shell onto a garden bed for a few months.

Another suggestion for those of you out there, who are visited by birds to your garden, why not take a handful of birdseed and plant it out in an out of the way section of your garden. These bird friendly plants like Sunflower, oats, sorghum, etc, can be a real bonus for many native birds to supplement their diet. Many of the seeds in any packet of birdseed are very viable.

When my kids were younger and I was showing them such wonders, I used to have trouble convincing them that I could not do similar things in growing and multiplying with a variety of items of importance to them at the time, from toys to chocolate, lollies and even coins.

Best Flowers for a Winter Wedding