Oat Bran You’ll Enjoy.  Tell me the breakfast cereals you grew up with, and I bet I can guess your age. If you say Wheaties and Cream of Wheat, you’re probably one of the Greatest Generation or an early Baby Boomer. If you answered Special K, introduced in 1955, you are a mid-Boomer, and if you said Lucky Charms, which came along in 1964, you are a late one. Odds are you also recall the oat bran craze during the late 1980s, when we believed eating bran was going to save us all from heart disease. The strangest product I recall from those days was not a breakfast cereal, but potato chips made with oat bran.

Although research later cast some doubts on how effective oat bran was at reducing the risk of heart disease, the high fiber content that made it a short-lived nutritional supernova has kept oat bran on my list of important foods, and one I keep experimenting with.

I use oat bran in muffins, pancakes and waffles. It also works well in meatloaf and meatballs. But my greatest success is discovering that oat bran makes a pleasing replacement when I crave Cream of Wheat.

If you read this column regularly, you know that my mother was a raging health nut. To her, Cream of Wheat was the devil in a bowl, an over-processed food with no redeeming features. Growing up, I could only eat it at sleepovers and at summer camp. As an adult, I still feel guilty craving its warm comfort. The stick-to-your ribs, steel-cut Irish oatmeal my mother made (which I also love) takes too long to cook stove-top to be a practical weekday breakfast. Plus, as comforting as its delicious nutty flavor is, this oatmeal simply cannot give the soothing satisfaction of the bland white stuff.

However, a few years ago, I saw that the Irish maker of my favorite steel-cut oats was selling an oat-bran cereal. I made it with milk and quickly had a steaming bowl of the cereal I had been longing for. Then I made it using inexpensive oat bran sold in bulk and other, branded, versions. They all work equally well. These days, as healthy alternatives to sugar and butter, I add cinnamon, fruit, and a nutty topping to my daily bowl of this comfort cereal. 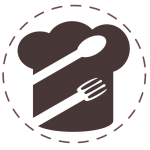 In a medium saucepan, combine the milk and water. Stir in the oat bran and salt. Set the pan over medium-high heat and cook, stirring occasionally, until the mixture comes to a boil. Reduce the heat to medium and cook, stirring often, until the porridge is thick and creamy and the bran is tender, 8-10 minutes. Mix in the blueberries and cinnamon. Divide the porridge between two bowls.

Combine the nuts, sugar, and flax, if using, in a small bowl. Top each bowl of porridge with half the nut mixture. Serve immediately.

“Something Different” is written for the American Institute for Cancer Research (AICR) by Dana Jacobi, author of The Joy of Soy and recipe creator for AICR’s Stopping Cancer Before It Starts.