Exploring The History of Sunflowers 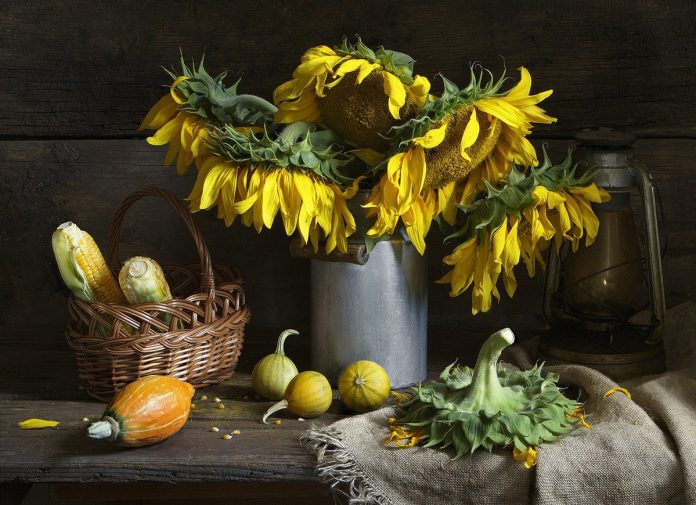 Sunflowers have been cultivated and harvested by many cultures for at least 4,500 years. They’ve been used for a variety of purposes that range from culinary to medicinal. While most people can immediately envision a crop of sunflowers, few realize the important role they’ve played in history. In this article, we’ll provide a brief overview of sunflowers in an historical context. We’ll explain their origin and describe how they’ve been used for generations. You’ll also learn how the sunflower was discovered by those who traveled from other countries.

The Origin of The Sunflower

The sunflower is considered native to the United States. Many enthusiasts claim that it was first cultivated by Native Americans over 8,000 years ago (though others contend that the plant wasn’t cultivated until 2,600 BC). As early as 2,000 BC, sunflowers were being grown using methods that encouraged bigger seeds and a more bountiful crop. It had already become a major staple in the diet of Native Americans by the time European explorers first visited America.

When explorers from Europe arrived, they were surprised to find that many Indian tribes were cultivating and harvesting crops of the strange plant. The Europeans had never seen a sunflower before. The tall, brightly-colored crops were a spectacle to them. They sent the seeds back to Europe where they were considered with curiosity. Oddly, the Europeans didn’t consume the sunflowers until the seeds were transported to Russia, Spain and China years later.

As other countries were introduced to sunflowers, the plant quickly became a popular source of food. The seeds were planted and crops were grown and harvested, yielding a rich supply of seeds for snacking and cooking.

The Many Uses of Sunflowers

During its long history, sunflowers have been used for several purposes. The early Native Americans were resourceful with the plant. They harvested their sunflowers and used them for food and medicine. The seeds were used for baking and also to add thickness to various stews. Archaeologists have uncovered evidence that suggests Native Americans also used sunflowers to remove warts and to treat those who suffered from sunstroke.

In the 18th century, after having been introduced to Russia, the sunflower became a popular source of cooking oil throughout Europe. Today, sunflower crops are grown in many countries throughout the world. Some cultures ground the sunflower seeds for use while making bread. Others harvest the seeds to be eaten as a nutritious snack. The seeds are also used as an ingredient in meals to add flavor and texture. And, of course, millions of people take great delight in planting sunflowers in their gardens.

The Future of The Sunflower

Sunflowers have enjoyed immense popularity for generations. This is due, in part, to their inherent usability as food and medicine. Their popularity is also due to their ease of cultivation. Sunflowers can grow easily in many types of soil as long as they have direct sunlight and a constant source of water.

Today, sunflowers are used for purposes that were likely unimaginable a generation ago. For example, they’re added to certain varnishes and paints due to their quick-drying quality. Sunflower oil is also added to detergents and soaps. In addition, the oil from sunflowers is being tested for use in plastics, lubricants and even pesticides. While sunflowers have enjoyed a long history of resourceful use, new applications continue to be discovered.

This sunflower information is brought to you by The Sunflower Guy, the best way to send sunflowers.