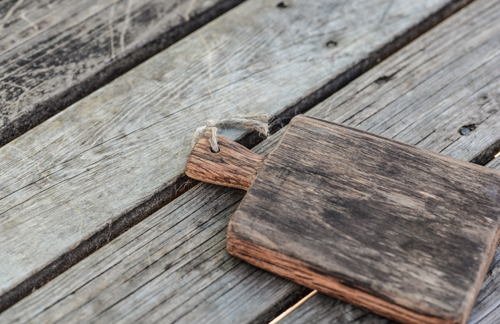 You could buy your groceries in a big, fluorescent lit, super-air-conditioned grocery store, not knowing where the produce was grown, or how far it had to be trucked and flown in, or when it was plucked from the ground.

Or you could buy in an open-air market directly from the farmer who grew the produce, surrounded perhaps by musicians, the smell of fresh tamales cooking, or your neighbors bustling about.

In the past thirty or so years in most American cities and large towns, the farmers’ market has taken off as the place to buy locally grown produce, and the abundant displays of produce can be overwhelmingly beautiful: broccoli so deeply green it seems to be tinted purple, bright radishes big as your fist, heads of lettuce that seem the very definition of the word “fresh.”

One of the ideas pushing the popularity of the farmers’ market is the “locavore” movement: the belief that eating food produced close to you is better for the environment, better for your own health, and better for your local economy.

Take for instance one of the country’s oldest and busiest farmers’ markets, in Burlington, Vermont, which is celebrating its thirtieth anniversary this year. The market started with six vendors, and now has sixty-two, according to Chris Wagner, the manager of the Burlington Farmers’ Market Association.

Because the market runs along the edge of City Hall Park and down two sidewalks into the park, it’s difficult to make an exact count of the number of people who attend, but Wagner estimates 2,500 to 3,000 shoppers show up each Saturday.

But as is the case at many farmers’ markets, the summertime pleasures of buying fresh, local produce are supplemented by the pleasures of exploring the locally-made crafts, many of which can be used as interior design elements, making the home prettier, easier to work in, or both.

One of the craftspeople who immediately caught our eye was Jason Boyd of Elemental Impressions, who had set up his stand of handmade wooden cutting boards under the auspices of the Firehouse Gallery, which has an entrance onto the park. Despite the fact that he’s only been making cutting boards for the past six months, Boyd drew the eye of many passing customers.

The cutting boards would lend a certain panache to any kitchen, with their modern striped or checker-board design, making them a great addition to any interior design tool box. Because Boyd uses scrap wood, “every one ends up being different,” he said.

Shoppers looking for bowls for all that salad will find the ceramics created by Claude Lehman to fit the bill. Lehman’s wares are very appealing in their glossy blue glazes, just crying out to be filled with fresh green goodies.

Since the farmers’ market is all about sustainability, it’s no surprise that one vendor is Recycle Moe, whose motto is “saving the world, one crafty idea at a time.”

One of Moe’s ideas we liked were switch plates, which come in nearly any look you could imagine. We also liked the recycled use of these hard computer discs, refurbished here to become tiny notebooks, filled, of course, with recycled paper.

And what would a Vermont farmers’ market be without homemade beeswax candles? Bee Happy Vermont, run by Pedro Salas, offers honey and candles in a variety of shapes and sizes.

Just as we were leaving the market, we spotted a juggler balancing on a low tightrope strung between two trees. The juggler, who goes by the name Tony Briefcase, said he was just practicing, but once people start watching, “practice becomes performance.” Briefcase gathered a little crowd of on-lookers who cheered his teetering as they took a break from surveying the vast array of fresh, local bounty.

Overall, our trip proved very successful, providing fresh flavors, a number of crafts that served both practical as well as interior design related purposes, and even a bit of unexpected entertainment to top it all off.

Sarah Van Arsdale is a Senior Staff Writer for the Sheffield School and the New York Institute of Photography, and has been writing for both schools since 2001. She co-authored the Sheffield Lesson Book on the history of world architecture, as well as the Lesson Book on designing specialty rooms both for the Complete Course in Interior Design https://www.nyiad.edu