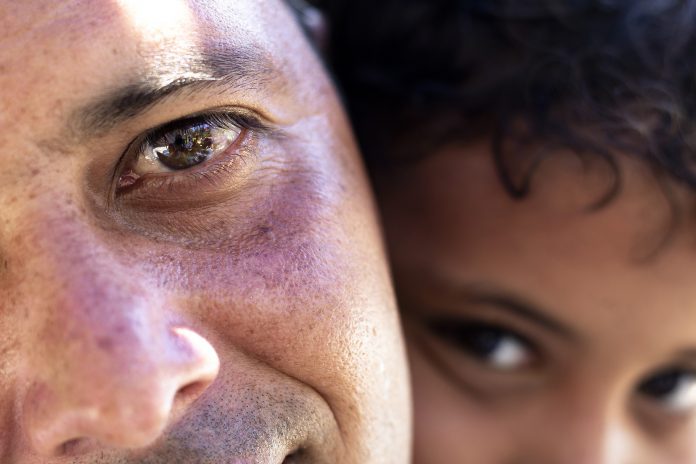 This for all the fathers who have problems raising their sons, and for the fathers who would like for their relationships to be better. Hello my name is Anthony Willis and I want to ask you a couple of questions. How many times have you seen other fathers and their sons not speak to each other for months? Years? Also, of those people how many times was the reason(s) for the lack of communication due the father not letting the son express his thoughts? How many times was it due to the father not being able to cope with the son’s individuality, i.e. the son’s need to be “his own man”? Have you done this yourself?

Those simple questions have been given complex answers by many of us that have sons, yet the problems that arrive have destroyed many relationships between fathers and their sons. The sad truth is that there was really no need to go through that hardship at all! Would you like to know why?

Well as the father you are primary example of what a man is. You are his teacher and trainer into manhood. He is constantly looking to you for guidance on how to act, think, and speak. Well, by using these 3 little known secrets you can either enhance your relationship with your son or they will serve as a reminder for you.

Encouraging them to be problem solvers.

Allow them to make mistakes, not errors.

Don’t try to relive your youth through them.

1. Encouraging Them to Be Problem Solvers:

This is especially critical if your son is still young, teach him how to solve problems. It’s better that he’s in the habit of quick thinking when it comes to problems, because otherwise those problems lands on your doorstep one way or another. If he’s still young, say about 4 to 11 years, you instill the problem solving habits through little games or situations that you come with while the two of you are playing together. This will be “fun” to him and he may not even realize what you are doing at the time, all he know is that he’s “having fun with daddy,” which is a good thing for your relationship. Later on this will help in becoming a man, and being a father like you!

2. Allow Them to Make Mistakes, Not Errors:

Your son, let’s say 17 years old, is walking home from school and a classmate offers him a ride home. The classmate, who turned 18 the month prior, has driven to school several times in the car, which is his mother’s car. Now on the ride to your house, they are pulled over by police, why? Not because of drunk driving, seat belts, or speeding, but because the classmate took the car without his mother’s permission. She didn’t know he in fact had the car, so she reported it stolen, and… your son calls you from the police station.

This is a situation where of course you are mad and upset, however he had no way of knowing that the car was reported stolen, nor did the driver. It was a mistake! How do you handle it? You explain to him to ask questions, and give him situations where it is in his best interest to ask those questions! When you do that, you are building the bridge for him to come and talk to you about anything. Allow only a small amount, but make sure you inform him so he can make better decisions!

Your son, let’s say 17 years old again, has a girlfriend and of course they go to school together. One day coming home from a half-day of school, he walks her home as usual. However since it was a half day of school; her parents aren’t home. She invites him in and naturally being attracted to each other, they become intimate with each other. On top of that, they did not use any protection. A couple of months go by, and shortly there after the girl is pregnant, and her parents are calling for you…and him.

This is a situation where no doubt you are so mad at him, that you become hoarse from yelling at him, why? Because 9 out of 10 times, you told him about sex, and about protection, becoming a daddy, e.t.c. How do you handle it? You try your best to drive in him to not make bad decisions, and to never let “pressure” be his deciding factor to do anything! Thoroughly teach him what peer pressure is, and how to handle it! Train him so that he doesn’t what to make any errors, not because of fear of you, but because it’s just not the best decision to make!

3. Don’t Try to Relive Your Youth Thoroughly Through Him:

This is a mistake that some fathers make, especially in the sports world. Don’t get me wrong, every man should want his son to be successful, but “your tunnel vision” on “his success” can drive a wedge between you two. The father may be so consumed with the “potential” dollars of his son making it to the “big leagues” or “the pros”, that he forgets that his son is a child and just want to have fun. The same goes for parents who push their children academically, but with such rigidity that the poor child, can’t handle even the slightest imperfection and feels destroyed. The sports child feels like the father loves the game/money (potential) more than his own son! Is that the case for you? How do you handle it?

You handle it properly by letting them be children and live a little. Give them some freedom, because if you have been training them since they were young, they are probably going to do the things you were encouraging them to do anyway. However, the children need room to find themselves also. No one wants be in a career that they hate, or better yet they did it because of you solely! They’ll hardly enjoy it, and quit it all together to pursue their inner passions. Find out what their inner passions are early in their lives and incorporate some “rock solid principles” for them to apply in their lives, so that they will be successful in whatever your sons choose to do!

In conclusion, ENJOY the rest of the teaching process, it is or should be every father’s dream and life goal for son(s) to go farther than he did. Remember how far they go is a testament to the FATHER SON RELATIONSHIP that you are establishing now! By you teaching them this way, they will in turn teach their sons the same way and because of YOU, your family will have continual growth!!! Build your Father Son Relationship TODAY!

Anthony Willis works as a relationship consultant to friends and colleagues. He has help many save struggling relationship of people from various levels society. You can find out more info at http://antsarticles1.wordpress.com