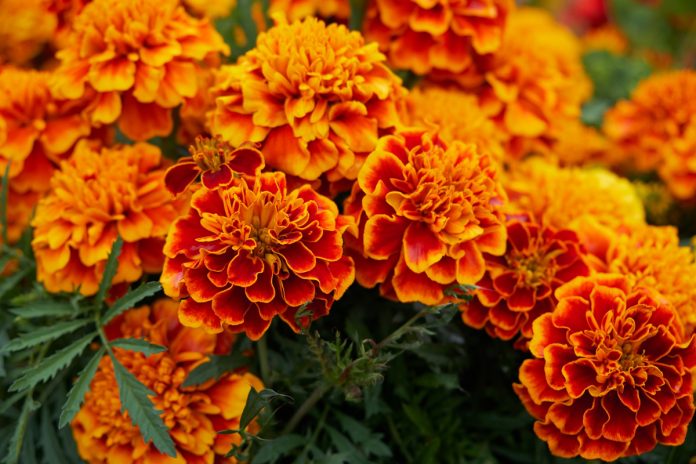 As the outdoor season approaches, many homeowners and outdoor enthusiasts look to ways of coping with mosquitoes. With all the publicity about the West Nile virus, mosquito repelling products are gaining in popularity. But many commercial insect repellents contain from 5% to 25% DEET. There are concerns about the potential toxic effects of DEET, especially when used by children. Children who absorb high amounts of DEET through insect repellents have developed seizures, slurred speech, hypotension and bradycardia.

There are new repellents on the market today which offer some relief to those venturing outdoors in mosquito season. But there are also certain plants which are easy to grow and will have some effect in repelling mosquitoes from areas of your home and garden.

Here are five of the most effective mosquito repelling plants which are easy to grow in most regions of the US:

Citronella is the most common natural ingredient used in formulating mosquito repellents. The distinctive citronella aroma is a strong smell which masks other attractants to mosquitoes, making it harder for them to find you. Although citronella is used in many forms, such as scented candles, torches and citronella ‘scented’ plants, the living plant is more effective because it has a stronger smell.

Citronella is a perennial ‘clumping’ grass which grows to a height of 5 – 6 feet. It can be grown directly in the ground in climate zones where frost does not occur. If grown in the garden or near the patio, it should be planted in the ‘background’, behind small decorative flowers and shrubs. In northern climate zones citronella can be grown in a large pot or planter, ideally with casters, so it can be rolled indoors during winter.

Gardening centers usually sell citronella as small plants in pots, ready to transplant to a larger pot or into ground beds. Once established, new plants can be propagated in early spring by splitting large clumps into smaller sections and replanting the new ‘starts’ in pots or other areas of the garden. Citronella plants are considered low maintenance, like most grasses, and they do best in full sun and well-drained locations. Periodic applications of nitrogen-rich fertilizers will ensure vigorous growth, but this treatment only needs to be applied once a year, preferably in early spring.

When purchasing citronella, look for the true varieties, Cybopogon nardus or Citronella winterianus. Other plants may be sold as ‘citronella scented’, but these do not have the mosquito repelling qualities of true citronella.

Also known as Beebalm, Horsemint is an adaptable perennial plant which repels mosquitoes much the same as citronella. It gives off a strong incense-like odor which confuses mosquitoes by masking the smell of its usual hosts.

Horsemint is a fast growing, shade-tolerant and drought-resistant plant which reaches a height and width of 2 – 3 feet. It does well in dry, sandy soil and can tolerate salty conditions, which is why it is often found in coastal and beach areas. Horsemint seeds can be sown indoors in trays for later transplanting or sown directly into the ground in late summer in colder climate zones. Midwest and Eastern growing zones are favored for growing horsemint.

Mature horsemint plants can be divided in spring and fall by dividing into small sections and transplanting into permanent locations. Horsemint can also be planted in pots for moving indoors in cold climate zones.

Horsemint leaves can be dried and used to make herbal tea. Its flowers will also attract bees and butterflies to your garden.

Commonly grown as ornamental border plants, marigolds are hardy annual plants which have a distinctive smell which mosquitoes, and some gardeners, find particularly offensive. Marigolds contain Pyrethrum, a compound used in many insect repellents.

Marigolds prefer full sunlight and reasonably fertile soil. Although marigolds can be planted from seed, starter plants are inexpensive and readily available at most garden centers. Although an annual, marigold will often reseed itself in favorable conditions, or the gardener can easily collect seeds for future germination. Established plants will need to be thinned, and flowers should be dead-headed to promote additional blooms.

Potted marigolds can be positioned near entrances to your home and any common mosquito entry points, such as open windows. The smell may deter mosquitoes from going past this barrier. While marigolds can be used as border plants around the patio, we do not advise putting marigolds on the patio table since the bright blooms may attract wasps.

Besides repelling mosquitoes, marigolds repel insects which prey on tomato plants, so you may want to plant a few marigolds in your tomato bed for added protection.

Ageratum is a low-lying annual ornamental plant which reaches heights of 8 – 18″, and is easily recognized by its blue flowers, although there are varieties with pink, white and violet blooms. This plant will thrive in full or partial sun and does not require rich soil. It is often displayed in rock gardens where low-lying plants are favored.

Although the leaves of Ageratum can be crushed to increase the emitted odor, it is not advisable to rub the crushed leaves directly on the skin.

Catnip is a natural mosquito repellent. In August 2010, entomologists at Iowa State University stated to the American Chemical Society that catnip is ten times more effective than DEET, the chemical found in most commercial insect repellents. According to Iowa State researcher Chris Peterson, the reason for its effectiveness is still unknown. “It might simply be acting as an irritant or they don’t like the smell. But nobody really knows why insect repellents work.”

In the laboratory, Peterson put groups of 20 mosquitoes in a two-foot glass tube, half of which was treated with nepetalactone, a biologically active characteristic constituent of catnip. After 10 minutes, only an average of 20 percent – about four mosquitoes – remained on the side of the tube treated with a high dose (1.0%) of the oil. In the low dose test (0.1%) an average of 25% – five mosquitoes – stayed on the treated side. When the same tests were conducted using DEET (diethyl-meta-toluamide), approximately 40 to 45% – eight to nine mosquitoes – remained on the treated side. A ten-fold higher concentration of DEET was required to obtain results similar to those of the Catnip.

Catnip, Nepeta cateria, is very easy to grow. This perennial herb is related to mint, and grows readily both as a weed and a commercially cultivated plant in most areas of the US.

While catnip will repel mosquitoes in close proximity to the plant, some people apply crushed catnip leaves or catnip oil for more robust protection. However though your cat will be glued to you and cat owners may want to choose an alternative plant for repelling mosquitoes.

While the plants mentioned in this article have been shown to have mosquito-repelling properties, there are environmental variables that can mitigate their effectiveness. A breeze may direct odors in the opposite direction if advancing mosquitoes, reducing the plant’s effectiveness.

I am a survivalist, who lives in Denver Colorado. I am dedicated to educating people about current events in the world concerning upcoming food crisis that will put the average citizen in danger. I believe in being prepared for natural or man-made disasters by stocking storage food an heirloom seeds as a way to feed my family if the system collapses and grocery stores close.  Along with a lifestyle that will lead to living off the grid, I want to educate people about how to not be dependent on government to survive.