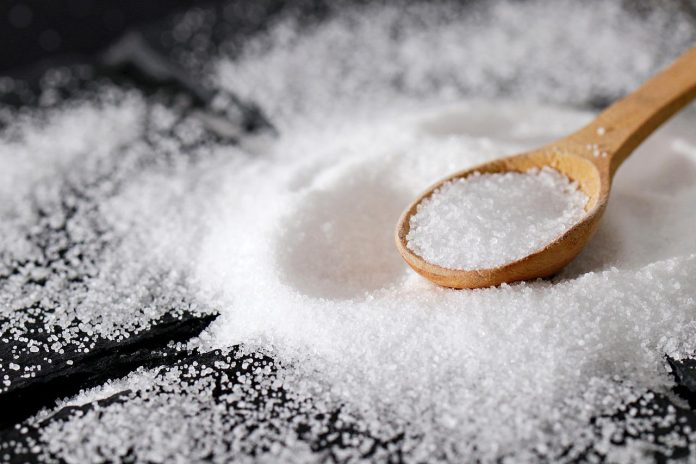 Our bodies naturally crave salt, a necessary nutrient, and research shows that we gravitate to the amount we need for our bodies to function properly. Salt deficiency has been linked to a host of health concerns, including insulin resistance, increased risk of heart attacks and reduced cognition. But what if eating less salt also increases your weight by making you eat more?

“Over the past 30 years, an interesting phenomenon has occurred: the rates of obesity have dramatically gone up but the amount of salt we consume has remained fairly stable,” says Mort Satin of the Salt Institute. “Food producers have been lowering the amount of salt they use, under pressure from the government and consumer activists, so we are either eating a lot more food to get the salt we need or have drastically lowered our activity levels, or both.”

In the U.S., research shows that people have been consuming about the same amount of salt on a daily basis for 50 years. And around the world most people eat about the same amount of salt – about 3,500 mg/day, according to the World Health Organization. It appears that we all, when free to choose, eat enough to keep us in a “safe range” between 2,300 mg/day and 4,600/mg a day, according to medical researcher Bjorn Folkow.

“It stands to reason that if the amount of salt in food is lowered, we will eat more to get to our safe range,” Satin says. “More food equals more calories and that means more weight gain, unless we increased our physical activity to burn off the extra calories.”

This isn’t news to those who raise livestock. According to Dr. Rick Rasby, professor of animal science at the University of Nebraska, cattlemen intentionally control the amount of salt in cattle feed to either reduce the cost of feed or to fatten cows up before sale. If they add more salt to the feed, the cows naturally eat less. If they reduce the amount of salt, then the cows will eat more.

This instinct is driven by the body’s physiology designed to maintain an efficient cardiovascular system, according to researchers at the Washington University School of Medicine. This vital life-sustaining system is found in fish, reptiles and all mammals. This system is so robust that it contains multiple fail safe mechanisms. The body will actually retain salt if you try and cut back too much. Of course any excess salt is simply washed away when you drink water through the natural process.

The irony is that for most of us there is no need to reduce the amount of salt we consume, Satin says. Years of scientific evidence, including recent research by Canadian scientists published in the Journal of the American Medical Association (JAMA), shows that eating the levels of salt recommended by the American Heart Association or the U.S. government would actually cause harm. Current recommendations from the American Heart Association are as low as 1,500 mg/day, an amount so low that European researchers, also writing in JAMA, found it would increase the risk of heart attacks and early death.

“The unintended consequence of the ongoing salt reduction experiment may be an increase in obesity,” Satin says. “More research is needed, but meanwhile, individuals may want to focus on a balanced diet and regular exercise and remember that lowering the salt in food may make you want to eat more.”