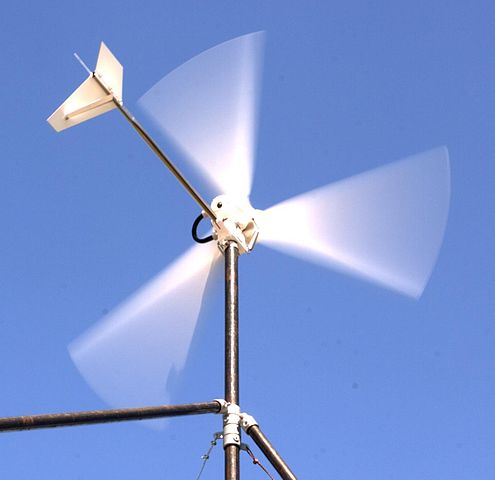 When we talk about getting energy “off the grid”, we’re talking about an alternative power source to bring electricity into your home. Power companies create electricity through huge generators. That electricity is then shipped through wires across long distances and into individual homes by power poles and wires. Most people who want power contact their local utility company. That company then sends someone out to connect the wires from the electric poles to their home.

The problem is, when a squirrel crawls into a converter box, or when there’s an ice storm, or when too many people are using the power at once, you’re without power – sometimes for days. Also, if you choose to live in a remote area, it can be hugely expensive to have your home connected to the grid.

So some people have chosen to get off the grid. Generally, there are three basic ways to create your own power – solar power, wind power and hydro power.

Leave your hose in the sun on a hot day and you’ll have free hot water. The sun has power, and there are ways to harness that power. But generally, in order to harvest power from the sun, you will need solar panels either on the roof of your house or near where you live.

When these panels are hit with sunlight, semiconductors in the panels collect the energy and knock the electrons loose making them flow freely. An electric field in the panel takes the electrons and forces them to flow in one direction. This creates a direct current. Because the appliances in most homes run on alternating current, the current from the solar panels is passed through an inverter that changes it into alternating current.

Collecting the wind is another source of power. You will need a wind turbine – something that looks like the propeller of an airplane that sits on top of a tall tower that’s anywhere from fifty to 100 feet tall. The wind blows, making the blades of the turbine move and spin a shaft that runs from the hub of the turbine to the rotor of a generator. The generator spins and creates electricity (again, a direct current). The inverter turns that current into alternating current.

If you live near a creek or river, hydro-power could be a viable option for you. Instead of using wind to turn the props of a propeller, you use water. The propeller spins, causing a turbine to move and generate electricity.

Water – A Gift From Heaven

If you already live in the country, then having your water piped in probably isn’t an option. Most folks who live on an acreage have their own well for their water with an electric pump that pumps water out of the ground and into their homes. But a nice alternative is to build a cistern to collect rainwater. A cistern is basically a large tank made of steel, concrete or fiberglass. If your cistern is below ground, then again, the water will have to be pumped out, but if the cistern is above ground, gravity will act as the pressure to get the water into your house.

Naturally, if you live near a large city (we’re talking pollution here), you don’t want to use a cistern for your drinking water. Also if you collect water from your gutters, then you’ll want a clay or metal roof rather than a shingled one for cleaner water. But if you’re in an area where you get a lot of rain, this is a viable option for collecting water for bathing, laundry, watering your garden and even cooking and drinking – provided you have a filter system for your drinking water.

Sue Merriam is author of the website, Organic Gardening and Homesteading. http://www.organic-gardening-and-homesteading.com