Knitting is The New Yoga 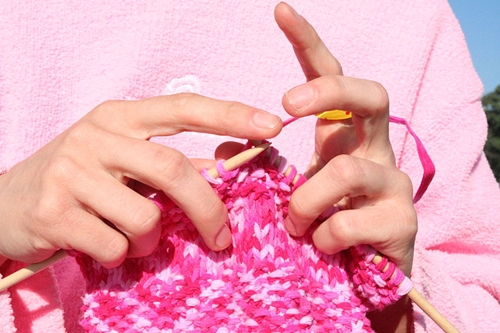 Good Effects of Knitting for Your Body

Most expectant moms would want to create memorable pieces for our lil’ ones. That is why we invest most of our time in learning new crafts such as knitting. We browse for nice looking knitting patterns for babies just for the little angel in the family.

Knitting may be someone’s hobby, a business for others or a family tradition that has been passed generation to generation. Knitting used to be a part of the art curriculum in school back in the 80’s but its popularity died down as it was seen as old – fashioned. This has also affected the entire yarn manufacturing industry.

After a few decades, knitting made its comeback and gradually increasing its popularity in the 21st century. Recent research shows that by immersing yourself in arts and crafts hobbies such as knitting, and other repetitive needlework may reward you with a positive effect in your health. A lot of knitting enthusiasts returned to this hobby and this breakthrough even persuaded more newbie’s to engage in this craft.

Knitting is now known to have relaxing benefits, researchers claim that there are still plenty of health and therapeutic benefits. Knitting is believed to strengthen one’s immune system by reducing everyday stress and eases negative thoughts that contribute to the mood swings of those suffering from depression.

According to Betsan Corkhill a physiotherapist, the act of knitting actually changes brain chemistry, decreasing stress hormones and increasing feel-good serotonin and dopamine.

For elderly ones suffering from Alzheimer’s, knitting was said to be a great workout for the brain. Several researches revealed that engaging in a craft hobbies like crochet, patch working or knitting can delay the onset of dementia and were found to have a 40% reduced risk of memory impairment.

Overall, knitting has a calming effect which helps manage anxiety and may even help conditions such asthma, panic attacks, pain and depression. Additionally, the repetitive rhythmic movements in knitting have been shown to successfully manage disruptive behavior and ADHD in children.

Knitting was often compared to yoga because of its similarities. Many even claimed that knitting is the new yoga. According to fuzzygalore.biz, knitting was universally recognized by the [yoga] practitioners as a form of meditation. Knitting was even used as an aide to people who has hard time doing the meditation.

Yarn Bazaar brings you some of the most beautiful knitting patterns for babies and gives you a handy knitting needle conversion charts to help you get started with your knitting career. Of course, you’ll also need to have the knowledge of the knitting needle sizes to get hold of your desired patterns. Yarn Bazaar would surely meet those needs of yours.