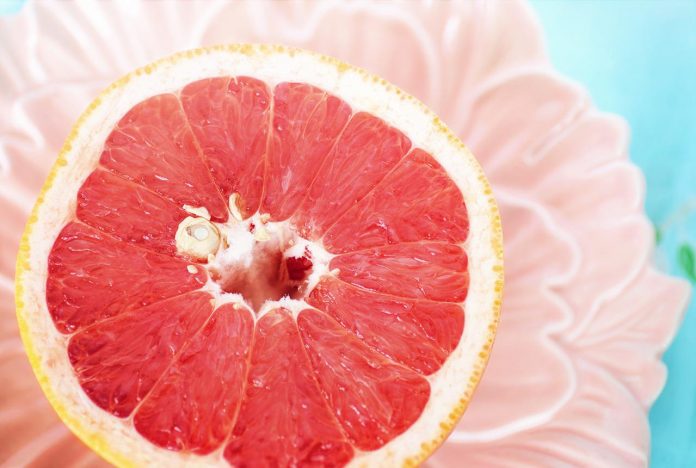 Q: Is it true that grapefruit could affect breast cancer risk?

A: Research has raised questions, but it is inconclusive and limited so we do not yet have a clear answer. Natural compounds unique to grapefruit can inhibit the breakdown of certain medications, resulting in higher blood levels of those drugs. (Check with your doctor if you are taking medications.) It is possible that those compounds could act in the same way to estrogen, raising its blood levels. High blood levels of estrogen can spur the development of some breast cancers.

There are three major population studies on the topic: one showing an increased risk, the other two not showing any increased risk. A 2007 population study found that postmenopausal women who ate on average a quarter grapefruit a day had higher risk of breast cancer than those who ate none. In 2008 and 2009, two other major studies found no link between the same amount of grapefruit consumption and breast cancer risk or estrogen levels. One recent intervention study has tested how grapefruit and grapefruit juice affect estrogen levels. Results were inconsistent, with differences seen between grapefruit products, specific forms of estrogen and among individual women.

Grapefruit has a lot to offer nutritionally. It is a good source of vitamin C and several phytochemicals that may have health-protective effects. In laboratory studies, one called naringenin can inhibit growth of breast and several other cancer cells and inhibit early stages of colorectal cancer development.

There is not enough research for a recommendation on grapefruit intake. Women who are concerned may wish to avoid or limit grapefruit and grapefruit juice until additional research provides more clarity. Otherwise, it’s reasonable to enjoy grapefruit as one among a wide variety of fruits.

The American Institute for Cancer Research (AICR) is the cancer charity that fosters research on the relationship of nutrition, physical activity and weight management to cancer risk, interprets the scientific literature and educates the public about the results. It has contributed over $100 million for innovative research conducted at universities, hospitals and research centers across the country. AICR has published two landmark reports that interpret the accumulated research in the field, and is committed to a process of continuous review. AICR also provides a wide range of educational programs to help millions of Americans learn to make dietary changes for lower cancer risk. Its award-winning New American Plate program is presented in brochures, seminars and on its website, http://www.aicr.org. AICR is a member of the World Cancer Research Fund International.