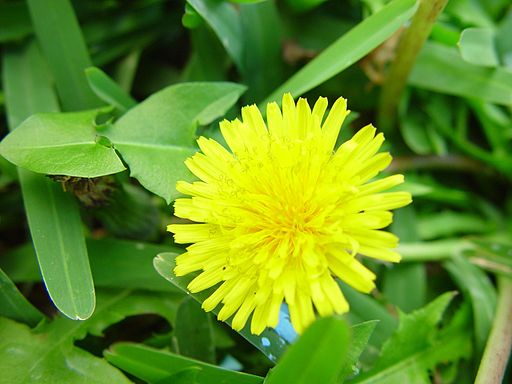 When eating at my grandmother’s house and “greens” were on the plate, we never knew for sure where they came from…unless we happened to be there when she gathered them. Grandma didn’t like wasting food, and letting “weeds” go without using them rankled her.

Most of the times, you couldn’t tell the difference between the greens. I suppose the cooking method probably had something to do with it. In the South, most recipes start with at least one tablespoon of bacon grease, which can mask the subtle differences. Plus, there are a lot of greens she could choose from…and some of them could be a problem if not prepared properly. Below are some of the greens you might think of as weeds.

The young leaves are often used as a potherb, but it must be parboiled at least once…preferably several times…before it tastes good. Large amounts can have a laxative effect.

You may be more used to this plant as the source for psyllium, the bulk laxative. That involves the seeds of this plant. The young leaves make a good addition to the pot of greens.

I suspect 99% of us look at the ubiquitous dandelion as pesky weed of the century, but did you know it’s not native to North America? The Europeans found it so useful, they carefully brought it over here. Whether it’s fortunate or not, it escaped cultivation.

Why did they find it so important? It is and was food as well as remedy. The roots are diuretic, which can be useful for a variety of conditions, and the leaves are edible. They can be eaten raw when they are very young, but older leaves have to be cooked to be palatable. In fact, like yellow dock, they should be parboiled a few times. Otherwise, the bitterness will make most folks spit it back out in disgust.

There are probably two things most people think when they see this. One is a game…Clue. “Colonel Mustard in the dining room with a candlestick.” The second is that yellow stuff we squirt on top of hot dogs.

Mustard has a history that goes back to the Bible, and means a lot of things to a lot of people. Faith the size of a mustard seed, Father Junipero Sera and using the plant to show a path between the missions, etc. For grandma, they were mostly food.

Here, you have got to be careful. If you’ve never worked with this plant at all, leave it alone. It can, will and has killed when not used properly. While it (obviously) didn’t kill me, I have had it improperly prepared and it was *not* a pleasant experience.

You may have noticed that word, parboiling and you may not know what that term means. Some plants…for a variety of reasons…must be dealt with in a special manner. The plants are put into a pot, the water is brought to a boil and boiled for up to five minutes. The plants are then strained, put back into the pot and the process is repeated the number of times required.

I have mentioned the problems I had with poke. Fortunately, some care was taken or I’d be dead. However, I spent a perfectly miserable 24 hours. I was cold, clammy and spent quite some time throwing up. As I said, I was lucky. Five college students in the seventies gathered some, cooked it, ate it and died.