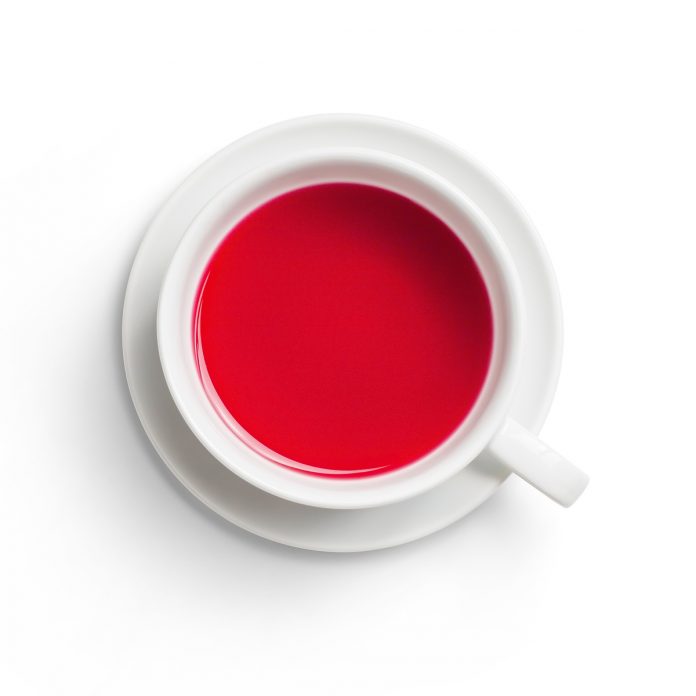 Hibiscus tea is a herbal infusion made from the sepals of the Hibiscus sabdariffa flower. This tea is used as a form of folk remedy in many cultures around the world. It is also referred to as roselle in Malaysia, karkade in Egypt, bissap in North Africa and red sorrel in the Caribbean. The tea contains vitamin C, minerals and antioxidants and is often used as a condiment, drink or medicine.

Traditional Use of Hibiscus

The hibiscus tea has been used traditionally for many ailments including bacterial infection and inflammation. It is considered to be one of most refreshing drinks in Mexico. In the Caribbean, sorrel drink is very popular at this time of the year. It is considered a traditional Christmas and Holiday drink:

Although hibiscus has been used as a medicinal for some time, it is the study done at Tufts University and published in several journals including in the Journal of Human Hypertension that has really made the hibiscus one of the best herbal teas for high blood pressure. The study has shown that drinking about 3 cups of this tea per day was able to lower the blood pressure of the participants by 7-14mm Hg in people with mild hypertension.

There are about 200 varieties of hibiscus. However there are two that are used medicinally. They are Hibiscus rosa sinensis,and Hibicus sabdariffa.The H. sabdariffa was the one used in the study. Making the tea is simple. The fresh or dried flowers can be steeped in hot not boiling water for about 5 minutes to make a refreshing tea.

The authors of that study believe that it should not be difficult to add a cup of hibiscus tea to each meal. We know that consuming fruits and vegetables is one way to lower blood pressure, however some may not be able to make such a change. Including a few cups of tea per day to the daily routine may be a lot easier. Hibiscus is also marketed commercially together with other tea blends. The most popular is known as Red Zinger tea. Alternatively you may want to make your own a herbal infusion.

The researchers were not certain how the hibiscus tea was able to lower the blood pressure. However, some scientists believe that the red pigments in the hibiscus flower, called anthocyanins act like an Ace inhibitor drug. Lisinopril and captopril are two ACE inhibitors that are widely prescribed for high blood pressure and are considered very effective. It is fascinating that a herbal appear to work through the same mechanism as the drug. We will have to wait and see how the science progresses in this area.