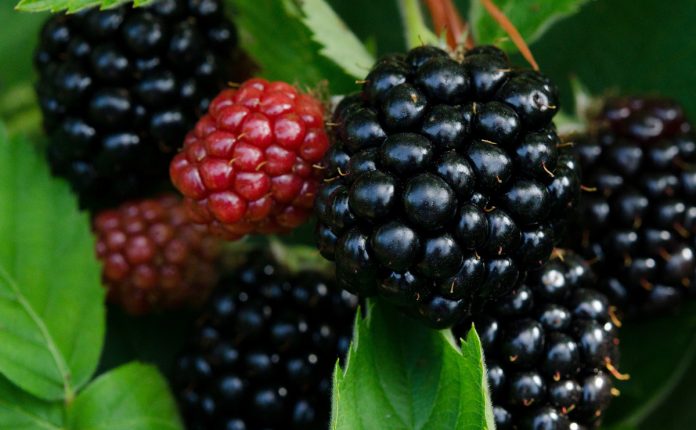 Blackberries were perceived by the ancient cultures as being a wild plant, and historical accounts for a backyard culture of blackberry bushes are few. The Greeks used the blackberry as a remedy for Gout, and the Romans made a tea from the leaves of the blackberry plant to treat various illnesses.

John Bartram, the early American explorer, botanist, and writer founded the first United States Botanical Garden, in 1728. In the early American colonies, William Bartram in his book, Travels, noted that General Oglethorpe was sent to the colony of Georgia in 1733 to investigate the possibility of establishing various temperate and subtropical plants which might “prove valuable for Georgia farms and orchards.” William Bartram noted further in his book, Travels, that he his father, John Bartram, were sent to explore the Southern colonies that included East Florida, Georgia, the Carolinas, and Alabama to take an inventory of plants growing there after the Spanish were expelled by the English. Bartram reported that just outside of Mobile, Alabama, it “grows here five or six feet high, rambling like Brier vines over the fences and shrubs.”

Much of the first modern blackberry variety development was done in America, beginning with Judge Logan of California in 1880, and the release and introduction of the Loganberry.

The Boysenberry was developed from a natural selection saved from the abandoned farm of Mr. Rudolf Boysen by USDA member George Darrow, along with Walter Knott, a California fruit and berry enthusiast, whose wife began making berry preserves, and that farm later became the famous Knotts Berry Farm, located near the Walt Disney amusement park in California.

The Youngberry was developed in 1905 in Morgan City, Louisiana; it is a cross between Luther Burbank’s, Phenomenal Berry, and the Austin-Mayes Dewberry, a trailing blackberry. This berry had excellent qualities, such as taste and high yields, and it soon replaced the Loganberry of California after its release.

Blackberry plants, Rubus spp., can not be truthfully separated accurately by taxonomists into species, because the original species that existed centuries ago have intercrossed themselves in the natural state so completely, and the natural selections have reached a critical composition and complexity, that cannot be adequately recreated through backcrosses. Blackberry vines and bushes grow in the native state on every continent except Australia and Antarctica. The adaptatation factor to growing blackberries is broad and the cold hardiness of the blackberry bushes and vines extends into extremely cold territories. The bush form blackberry is more cold hardy than the trailing blackberry vines, and the range of growth extends into the northwestern portions of the United States. The trailing blackberry vines are considered by most taxonomists to be: Rubus macropetalus, Rubus loganobaccus, and Rubus ursinus. Erect blackberry bushes that are recognized as native genera are: Rubus frondosus, Rubus argutus, and Rubus allegheniensis.

Thorns are present in native blackberry plants and the thorns prevent grazing wildlife, animals and birds from eating the vines before the berry bushes flower and later when blackberries are produced. When the blackberries grow and ripen, they are not only consumed by wildlife animals and birds, but they have been enjoyed by humans for centuries. Luther Burbank wrote in his book, Fruit Improvement, in 1921 that many hybrids had been developed by his efforts and others to grow thornless blackberry bushes and vines. These thornless creations were at first inferior in taste and quality to the thorny species; however, modern hybridizers of thornless blackberry plants have created the cultivars:

Blackberries please the taste of humans as well as that of animals and are believed by many wildlife conservationists to be the most important naturalized growing plant that provides food for wildlife.

Wildlife animals and birds eat blackberries as food or receive a thorny protective cover from blackberry bushes or vines that wind along fences, animals such as quail, doves, turkey, raccoons, opossums, and believe it or not, bears. Perhaps children enjoy eating a fistful of blackberries from wild plants growing at the edge of the woods in summer, and then return home with the tell-tale purple stains on their teeth, lips, and clothing. Wild blackberries are delicious when they grow in profusion at the wood’s edge into bushy plants or as trailing vines called dewberries. The delicate balance of a sweet and sour taste can stimulate the senses from the new hybrid cultivars towards heights unequaled by other berries or fruits.

Much of the early American blackberry hybridization was done by Luther Burbank, who introduced his Phenomenal Berry and even a white blackberry, but it was too soft to successfully ship commercially.

Blackberries fresh from the vines are useful in many foods; they are delicious in frozen packs, canned, as blackberry wine, ice cream, fresh blackberry juice, blackberry pies, blackberry jelly, blackberry jam, and best of all when eaten as a fresh fruit. Many health benefits come from eating blackberries that are rich in anti-oxidants and vitamins along with being a good source of the minerals potassium, phosphorus, iron, and calcium.