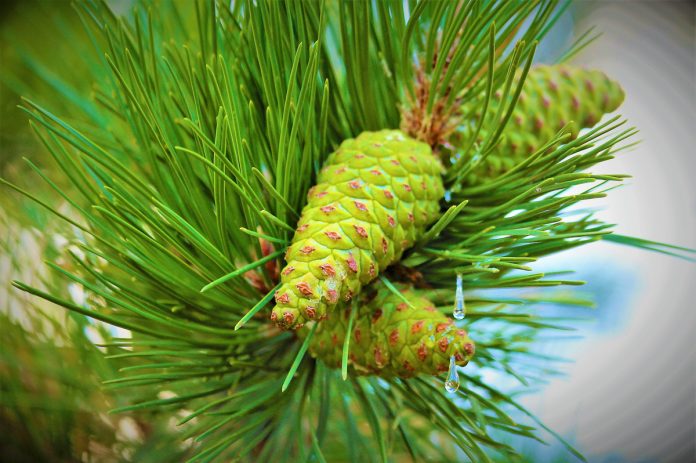 Pine trees throughout the world, have, since the beginning of time, been a key factor in the advancement of man kind. When cave men discovered fire, it was such a hot commodity that in order to keep their precious new discovery burning throughout the night, they would collect pine cones from the forests of towering pine trees and place them on the smoldering embers. The resin would act with the moisture of the pine cones and burn for hours. The next morning the Neanderthals were able to stoke the fire, and billows of smoke would come wisping out and as they added twigs of slag pine, and small, dry, kindling, branches the flames would begin to pour forth. The men would catch fish with triton’s made from twisted and carved pine tree branches, and kill boar, and small game with spears caved from the small, strait, trunks of young pine trees. As the women would make loin cloths from the skins of large animals and cook food over flames, the men were experimenting with building. It is thought by some that the caveman evolved into the Neanderthal when he learned how to build. The evolving men would drive posts into the ground and strap pine tree limbs to the top using the sinews of animals, and resin from the pine tree was used to help secure pine tree needles to the roof for shelter.

Pine trees are evergreen, coniferous, (conebearing) trees that are found in all parts of the world (six of seven continents). There are approximately one hundred twenty species of pine trees. There are short pine trees, tall pine trees, wide pine trees, skinny pine trees and colored Pine trees. Pine trees have green to bluish grey leaves in the form of needles that are arranged in bundles of two to five or six to eight, depending on species. The cones of pine trees range in size from ½” to 12 inches. The Longleaf pine, Pinus paulustris, bears one of the largest cones, up to 10 inches and the Mugo pine, Pinus mugo, has one of the smallest cones at ¾” to 2″. Pine trees can tower to 130 feet high, such as the Longleaf pine, or grow to a shrubby 8 feet high, such as Mugo pines.

Pine trees are so adaptable that they are known to naturally cross pollinate between species to evolve into an improved species. This is the case with the Sonderegger Pine, Pinus palastris x Pinus teada, of the Southeast. A natural hybrid cross between Longleaf Pine and Loblolly pine that takes on the best qualities of both species: longer pine needles and fatter pine cones with faster consistent growth, resulting in a mature tree in an unbelievably short amount of time.

Pine trees are the leading source for paper products and building materials in the world. Loblolly pine, Pinus teada, is one of the leading timber species in the United States, growing from New Jersey to Florida to Texas. The timbers of this species are very compact and make them a great choice for pine tree flooring.

In the 19th century, pine tree growers noticed that the sap from pine trees could be collected and boiled down with several bi-products that could be equally marketed, making the “Tree Sap Boom” so successful. Resin oil could be taken for cough, and scratchy throat, and some soaps, and glues were also processed, with turpentine as the primary bi-product. Pine trees also began to be harvested around this time on a commercial level devastating forests to make paper, and build houses.

Pine trees are also known throughout the outdoor world as a survival plant. The cambium, or sub-bark, is moist and almost sweet, but rich in vitamins A and C. In Sweden in the winter time the Swedes often make ‘strunt’ tea from the needles and tiny baby pine cones of the Pinus nigra – European Black Pine tree or Austrian Pine tree.

“Strange that so few come to the woods to see how the pine tree lives and grows and spires, lifting its evergreen arms to the light ….. to see its perfect success.” — Henry David Thoreau

Patrick A. Malcolm, owner of TyTy Nursery, has an M.S. degree in Biochemistry and has cultivated pine trees for over three decades.