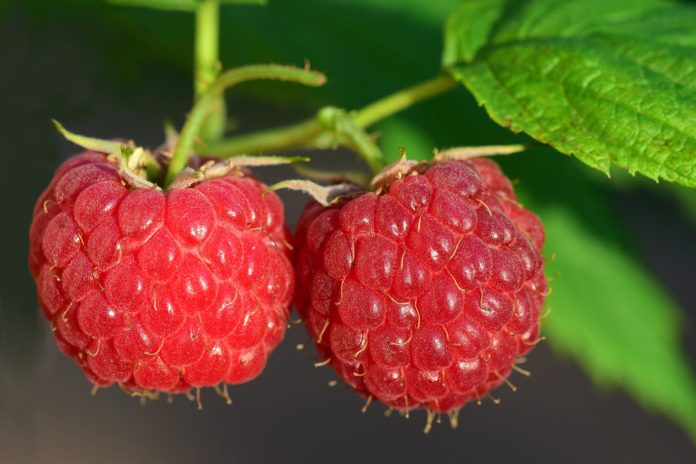 According to Luther Burbank, who studied and hybridized raspberries and blackberries more than any other horticulturalist, and wrote his classical 8 volume treatise on Small Fruits and Fruit Improvement in 1921; the red raspberry plant was cultivated in Europe for centuries, growing wild from Greece to Spain and to the North from Norway to Sweden.

Red Raspberry, Rubus idaeus, is a native berry bush to Turkey and was gathered by the people inhabiting Troy, (Troas, Turkey) from vines growing at the foothills there in the first century B.C.

The Romans spread the seed of raspberries throughout their empire as evidenced by seed of the raspberry vine in archaeological excavations in England that demonstrate that the English were gardeners growing richly with raspberry vines and raspberry bushes.

William Prince established the first plant nursery in the American colonies in 1737 in Flushing, New York, that offered among other things for sale, raspberry plants.

Luther Burbank introduced many raspberry hybrids into American horticulture. He described brambles, raspberries and blackberries, as being the most complex genetic fruits in American fruit research.

Burbank produced a multitude of crosses between the black berry, dewberry, and raspberry that showed every possible combination of both berry qualities in between. One of these raspberries was even white in color and delicious but too soft for commercial production and planting.

Luther Burbank made hybrid crosses between the strawberry plant and the raspberry plant that resulted in a hybrid bush, completely thornless, but the fruit produced on 2-5 ft canes was not good enough quality to succeed as a commercial raspberry.

The raspberry bush or vine grows up to 3 feet in height, and the berry when picked easily separates completely from the stem, requiring no further cleaning or preparation before eating. Wild raspberries are an important wildlife berry for animals and birds to eat, when they ripen in the summer and fall. Raspberries are best marketed by pick-your-own operations, due to the short shelf life, but the demand for raspberries has increased to a point that the berries are flown in by refrigerated air freight to satisfy to the demand for the raspberry.

The growth habit of raspberries can be described as trailing raspberry vines or as erect, upright canes. Many raspberry cultivars produce a non-bearing cane the first year, that flowers and grows berries during the second season. This non-bearing cane is called a Primocane. Ever bearing raspberry plants can bear two crops per year, one crop in the spring and the second crop in the fall. The ever bearing raspberry bushes can produce a crop the first season in the fall on primocanes. Popular everbearing raspberry bushes and vines are: Heritage red raspberry, Autumn Bliss and Amity red raspberries. The roots of raspberries are shallow and may require some supplemental watering during dry periods. The raspberries may be harvested by hand or by machine and frequent picking is required every 3-4 days over a period of several weeks.

The widespread occurrence of red raspberry is a diverse and complex gene pool in the fruit kingdom, growing as erect bushes or as trailing vines, but black raspberry grows only in the erect bush form.

The black raspberry, Rubus occidentalis, also known as the wild black raspberries or the black cap raspberry was introduced in America in the 1840s by Nicholas Longworth of Ohio and was a great addition to cultivated fruit to be grown everywhere. The purple cap type raspberry was evolved from the native, U.S. Raspberry Rubis neglectus, and was native to New York State. Black raspberries are native only to North America, mainly the Eastern portions excluding the Gulf States. The Black raspberry is also called, wild raspberry, and has been used for centuries to treat pregnant women. The tea made from this wild raspberry was published as a relaxing medication by a famous English medical study in 1941, that also treats morning sickness, birth assistance, uterine irritation and threatened miscarriage. Black raspberries, are grown as backyard garden berries more than commercial berries, because they are less cold hardy, less productive, and more subject to disease damage than the red raspberry.

Raspberries contain extreme quantities of antioxidants that are touted to fight cancer, intervene with heart disease and offer many other health benefits from the high content of Vitamin A, Vitamin B1, B2, Vitamin C, Niacin, and the mineral, calcium, phosphorus, iron and potassium.

Patrick A. Malcolm, owner of TyTy Nursery, has an M.S. degree in Biochemistry and has cultivated berry plants for over three decades.