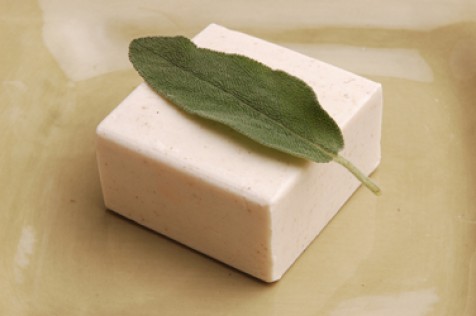 The history of soap making began when the earliest recorded evidence of soap-like materials traced back to approximately 2800 BC, found in clay cylinders during the excavation of ancient Babylon. Approximately 2200 BC, soap formula inscriptions were written on the clay saying that fats were boiled with ashes, which are a way of making soap, but there was no reference to the purpose of the soap.

Approximately 1500 BC, ancient Egyptians used animal and vegetable oils, combined with alkaline salts to create a soap-like-substance used for treating skin diseases as well as for washing.

Around 600 BC the Phoenicians used soap for cleaning wool, cotton and textiles prior to weaving and dieing, instead of for human washing.

The early Greeks did not use soap. They washed themselves with blocks of clay, pumice, sand and ashes then anointed they with oil. Afterwards, they scraped sweat and dirt off using a curved bladed metal instrument called a strigil. Much later, in the second century AD, the famous Greek physician, Galen, recommended washing with soap as a preventative measure for certain diseases, especially diseases of the skin.

Bathing became popular in the Roman times. An entire soap factory was discovered in the ruins of Pompeii in 79 AD. The Romans exfoliated using abrasive substances like sand and pumice then scraped off the grime and dirt with sticks or a strigil. Luxurious scented baths and massages followed this exfoliation ritual, with perfumed oils.

By the 13th century when the soap industry was introduced from Italy into France, most soap was produced from the tallow of goats, with beech ash furnishing the alkali.

Moving forward in time, Great Grandma rendered animal fats to get oils, so she was limited to tallow or lard. We have all kinds of terrific oils to choose from, but the lard with some olive oil and coconut oil makes wonderful, basic, castile-type soap. Great Grandma, also, had to make her own lye; we have standardized lye available, commercially.

After researching the science facts; chemical qualities of different oils, the active properties of botanicals, the results of saponification and the physical properties of lather and bubbles, the result produced a mild and gentle, homemade, natural soap. This homemade soap is called goats milk soap.

Learn from the history of soap. Get back to nature using homemade skin care products such as, natural goats milk soaps. You can have beautiful, healthful, skin the way nature intended.