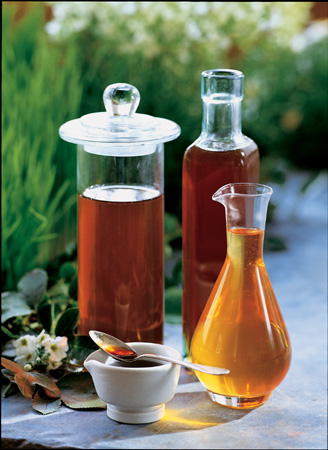 Jem Bonnievale was 15 when he contracted meningococcal septicemia caused by an infection of Neisseria meningitidis. By the time the British teenager reached the hospital, he had multiple purple batches on his legs and fingers, which rapidly progressed to tissue death.

Both legs were amputated below the knee as well as fingers on both hands. He endured multiple skin grafts and suffered for months with non-healing infected sores. His case was extreme and difficult to treat because of the severe pain it caused. “I can’t even begin to explain how painful it was just to have a small piece of dressing changed.

The nurses tried everything to make it easier, like changing the dressing in the bath, but it was agony,” said Jem. Over the next six months the success of the grafts was variable and the sores showed heavy growth of Pseudomonas and Staphlococcus aureus. All traditional treatments were tried without success.

When nothing else had any effect on the chronic infected sores, clinical nurse Cheryl Dunford and her colleagues turned to honey. Dressing pads impregnated with sterilized active manuka honey from New Zealand were applied to one leg and a traditional dressing to the other leg. Within a few days, the honey dressed leg showed a reduction of wound bacteria. Both legs were then treated with the honey dressings. Within 10 weeks, all lesions were healed. Jem was released from the hospital, fitted with artificial legs and is getting on with his life.

The use of honey as medicine is mentioned in the most ancient written records. Today scientists and doctors are rediscovering the effectiveness of honey as a wound treatment. Peter Molan, Ph.D., Professor of Biochemisty at Waikato University, New Zealand has been on the forefront of honey research for 20 years. He heads the university’s Honey Research Unit, which is internationally recognized for its expertise in the antimicrobial properties of honey. Clinical observations and experimental studies have established that honey has effective antibacterial and anti-inflammatory properties. It painlessly removes pus, scabs and dead tissue from wounds and stimulates new tissue growth. “Randomized trials have shown that honey is more effective in controlling infection in burn wounds than silver sulphadiazine, the antibacterial ointment most widely used on burns in hospitals” says Dr. Molan. The significance of the case of the British teenager, as reported in the June issue of Nursing Times, is that it is the first case in which honey was used on multiple meningococcal skin lesions. The antibacterial action was evident as the mixed infection of Pseudomonas and Enterococcus cleared from the lesions in a few weeks and the number of colonizing staphylococci diminished to a harmless level.

Dr. Molan believes that if honey were used from the start in cases of meningococcal septicemia, there would be far less tissue damage resulting. “The remarkable ability of honey to reduce inflammation and mop up free radicals should halt the progress of the skin damage like it does in burns, as well as protecting from infection setting in,” said Dr. Molan. “At present, people are turning to honey when nothing else works. But there are very good grounds for using honey as a therapeutic agent of first choice.”

Researchers believe that the therapeutic potential of honey is grossly underutilized. It is widely available in most communities and although the mechanism of action of several of its properties remains obscure and needs further investigation, the time has now come for conventional medicine to look at this traditional remedy. With increasing interest in the use of alternative therapies and as the development of antibiotic-resistant bacteria spreads, honey may finally receive its due recognition as a wound healer.
The Author:

Photo Credit : The National Honey Board .