How to Build an Herb Garden – List of Medicinal Plants 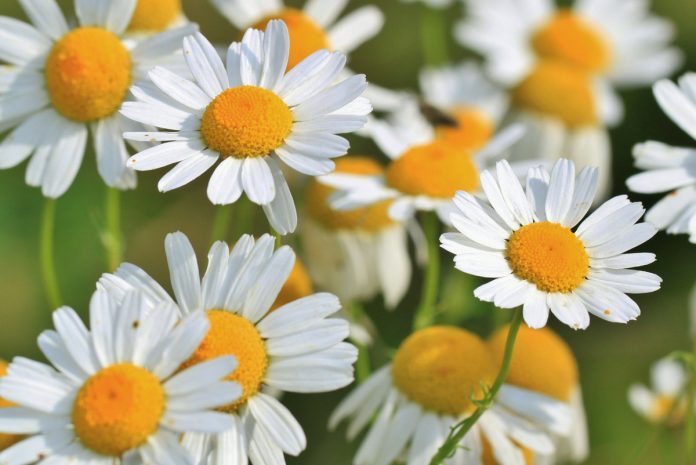 You don’t need a green thumb to build an herb garden. Herbs are incredibly adaptable so they require less attention than vegetable gardens. Most herbs thrive in the sun, with six to eight hours of exposure being the ideal. Herbs generally need less water than flowers or vegetables do. In fact, many need to be watered only under drought conditions.

When building an herb garden, you should start out small. First, estimate how much time you’ll want to spend gardening. (The bigger the garden, the more time it will need.) Consider the realities of the space you have to use: how much sun the garden will get, what the soil is like, which herbs will do best in your climate (the seed packet often tells you the type of soil and climate the herb will need.)

For city dwellers that lack space to cultivate, a back porch or windowsill garden is recommended. A basic herb garden might include rosemary, chamomile, peppermint lavender and fever few. Many herbs will thrive in pots, so you are able to bring the magic of the garden indoors during the winter months. Remember these two things when growing herbs in pots: water before the soil dries out or before the leaves yellow and fall off, and use a soil that is a bit alkaline and has good drainage.

The following are eight additional herbs that stand up to the highest standards as far as clinical and laboratory studies. These herbs can effectively treat many diseases and are quite easy to grow:

Chamomile is generally used as a tea, but its antispasmodic, anti-infective and ant-inflammatory properties are known worldwide and used in chamomile extracts, ointments and tinctures as well to treat a wide range of health problems, from indigestion to skin rashes. Chamomile is also an important ingredient in natural hair dyes for blonds.

Echinacea stimulates the immune system, which in turn defends the body against infections, both bacterial and viral. Echinacea has a long history. The Native Americans originally used echinacea as a remedy for snakebites and skin wounds. Echinacea has now been known to help in the fight against diabetes by adjusting blood sugar levels.

Feverfew one of the active ingredients in feverfew, parthenolide, has the ability to reduce the severity and frequency of migraine headaches. Because feverfew reduces the blood vessel spasms in the brain, it has also been known to treat nausea and vomiting as well as fevers and arthritis.

Oh…the mighty power of garlic. No herb garden (or person) should be without especially after the high rising costs in the market place. Research shows that garlic can lower blood pressure and cholesterol levels and may even help heart attack survivors live longer. Garlic additionally relieves gas and aids digestion. Garlic is now being studied in tumor fighting research as well.

Ginkgo is particularly useful for treating ailments associated by decreased blood flow to the brain. People who suffer from memory loss or confusion, especially the elderly, find that mental clarity increases by taking ginkgo. This herb improves circulation throughout the body, especially to the brain. Additionally, ginkgo helps to prevent blood clots and mood swings accompanied by anxiety and can relieve the symptoms of tinnitus (ringing in the ears), asthma, phlebitis (inflammation of a vein) and vertigo.

Lemon Balm, this herb works well to calm the nerves and to protect the body from bacterial infections. It’s also effective on insomnia and menstruation symptoms. However, lemon balm is best known to treat cold sores associated by the herpes simplex virus. Extracts, used as a cream, helps lesions heal faster and extends the time between outbreaks.

St. John’s Wort is reputed to be an astringent, nervine and is very aromatic. Useful in coughs, colds and all lung diseases, it also is highly esteemed in the disorder of the urinary passages. The ointment is serviceable for bruises, scratches and insect bites. St. John’s wort is especially known as a treatment for depression and insomnia and now shows promise as a treatment for nervousness and anxiety.

Valerian has an antispasmodic effect for the treatment of epilepsy. Studies show that this herb is a safe, effective alternative to prescription sleeping pills and tranquilizers. It allays pain and promotes sleep and is strongly nervine without any narcotic effects.

Kali S Winters is a gardening enthusiast and author who spends much of her time teaching others how to setup and maintain beautiful amazing gardens.