How to Dehydrate French Fried Potatoes 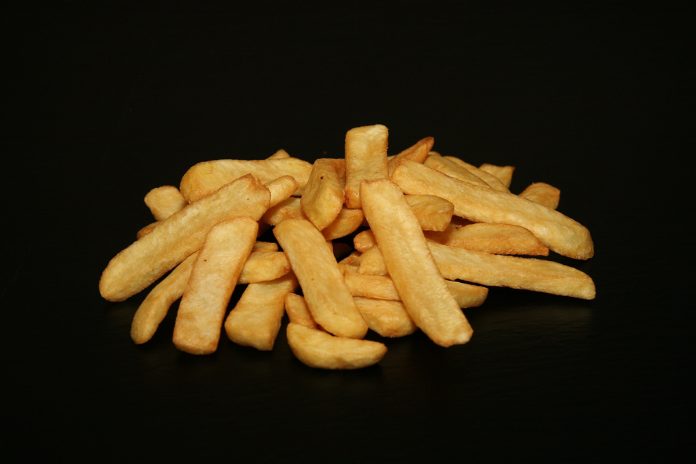 I was not necessarily interested in French Fried Potatoes for the sake of French Fries alone but rather as a dehydrated potatoes that could be easily reconstituted as necessary, however since we did created the French style potatoes I might as well consider using it as such.

My original goal was to dehydrate potatoes for later use in the event of hard times ahead. These dehydrated “Spuds” could be used for a variety of uses ranging from mashed potatoes to fried or even Au Gratin Potatoes casserole. Dehydrating your potatoes in times of plenty can result in an economical method of stretching your food dollar while still providing variety in your diet.

It is possible to dry potatoes with the benefit of a dehydrator however the process takes considerable effort and generally does not come out as well. Still if that is your only recourse by all means take advantage of it.

If you are using a dehydrator than your supply list is relatively small. All that you will need is the dehydrator itself, a large pot filled with water, a mixing bowl loaded with ice and some sort of colander.

In the large pot fill with water and bring it to a rapid boil. Place your peeled potatoes into the water either directly or in a French fry basket. Blanch the potatoes for approximately eight minutes. In your sink set up your large mixing bowl with ice and water in it. After the 8 minutes has elapsed remove the potatoes from the boiling water and place them in the ice water for about 15 minutes. This stops the cooking process immediately. Place the cooled potatoes into a colander and allow draining the excess water for a few minutes.

Up to this point the procedures are the same whether you are using a dehydrator or the oven. If using the dehydrator place the potatoes carefully on the trays and put them into your machine. On the other hand if you are using your oven to dry them out first spray some cookie sheets with a spray cooking oil such as Pam and place the potatoes on it.

Set your dehydrator temperature to 135 degrees and then take a break. For your oven set it at the lowest possible temperature, and let them cook for about one hour. Make sure that the oven door is left open slightly to allow proper air circulation. After every 30 minutes turn the potatoes over as they dry in the oven. After three hours you can check to see if your dehydrated potatoes are finished. The final signs that your dehydrated potatoes are completed are that they become brittle and have a slight translucent appearance to them. Allow your potatoes to cool and place them in a jar or vacuum sealed bag. If you are using a dehydrator your potatoes should be completed in about 2 to 12 hours according to the machine being used.