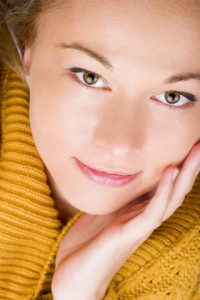 Brain health shouldn’t be something you first start thinking about in middle- or old-age. Just as you need to exercise your body throughout life to keep it healthy so too does your brain require a daily workout to keep it vital and alert.

It is common for people to experience a gradual decline in their mental abilities as they age. We are told that this is normal and is the result of age-related structural changes in the brain – and that such changes are inevitable.

But you know what. There’s a lot of evidence coming from the latest research into brain health that brain aging is only ‘normal and inevitable’ if you do nothing to prevent it. This means that it doesn’t have to happen to you – that you can keep your brain healthy and in ‘tip-top’ shape, enjoy being creative and improve your memory with just a little bit of effort whatever your age.

The question is how?

What does ‘getting physical’ with your brain mean? To make the explanation simple I’ll define getting physical as anything that is clearly not diet related nor a mental activity such as puzzles, number sequence exercises, memory games, practicing musical instruments and so on.

So what can you do to get physical with your brain? Plenty! In fact, as you’ll discover shortly, there are many powerful ‘hands-on’ ways of using physical activity to boost your brain-power and keep you as sharp as a tack regardless of your age.

And, because they are based solely on natural health principles, they help your brain to help itself without having to resort to popping pills, taking supplements, mood enhancers or anything like that.

What’s more, you’re likely to find getting physical with your brain so easy and enjoyable that you can readily picture yourself doing it for life.

Here are some of the factors you should consider when developing a strategy to keep your brain healthy, alert and vital:

Physical exercise can encourage a healthy brain to function optimally in ways that are not widely known or their value appreciated. For example, exercise can help the brain by promoting the production of new neurons (brain cells) and strengthening the connections between neurons.

Stress plays havoc with the functioning of the brain and the body systems it controls. In particular, the sustained presence of stress hormones in the bloodstream can damage brain cells.

Encourage The Flow of Oxygenated Blood to The Brain

Increasing blood flow and oxygen can help support the survival of new neurons and foster neuron ‘firing’. In simple terms, ‘firing’ means a neuron connecting with its neighbors – which is how messages are transmitted to and from the brain.

Promote The Generation and Circulation of Sexual Energy

Sexual energy can play a key part in supporting mental health as it fosters, for example, the movement of chemicals called neurotransmitters between neurons. These play a critical role in the communication of information between nerve cells. As an illustration, the neurotransmitter serotonin associated with sexual behavior and arousal is involved in a number of functions including influencing mood and alertness.

Another important factor in optimizing brain health is the practice of slowing down the breathing rate as that can enhance the activity of the hypothalamus and the pituitary and pineal glands, the optimum performance of which is central to the maintenance of both physical and mental health.

Challenge The Brain with a Variety of ‘New’ Experiences:

Walking backwards is a simple example. By experiencing such unusual patterns of behavior the brain is stimulated and there is some evidence that the brain can actually increase in size.

The bottom line here is that you should take every opportunity to engage your eyes and smell sensors by continually sampling your surroundings – consciously keep your eyes moving so you present your brain with new information to analyze and process while you ‘sniff’ the environment in search of smells and odors for your brain to identify.

In conclusion it is fair to say that all the above elements can have a marked positive influence on brain health in their own right. However, it is the synergistic impact of using them in combination that is likely to provide the most powerful benefits.