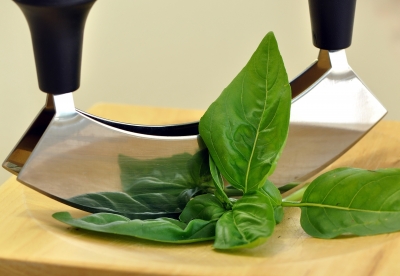 Herbs and spices are not only useful for adding flavor and depth to food, but are also being researched for their uses in promoting good health.

Knowing how to use fresh herbs and spices appropriately in cooking has always been a sign of a good chef, but new research shows that not only do herbs and spices make food taste better, but they may also make food better for you. Possible therapeutic uses for a wide-range of cooking herbs and spices are being diligently researched around the world. Most of this research is focused around three areas: antioxidant level, anti-microbial effect, and antiviral effect. Research has not, in most cases, been conclusive enough to recommend that any one herb or spice be focused on. Scientists are recommending, however, that we work a variety of herbs and spiced into our well-balanced diets. Now, more than ever, it is important to explore the full-range of uses for fresh herbs and spices in your own cooking. Included here is information about ten of the most commonly used herbs and spices.

Basil is believed to contain both antibacterial and anti-inflammatory properties. Some research has shown that basil may also aid in the reduction of cholesterol levels. The most commonly used form of basil is “sweet basil”, although many other varieties are available. Basil has a flavor reminiscent of licorice or cloves and is often found in pasta dishes, as it pairs well with garlic and tomatoes, making it very popular in Mediterranean cuisine. Basil is also good with fish, roasted lamb, chicken, duck, goose, legumes, and eggs. Basil’s flavor intensifies with cooking.

Cayenne Pepper contains a high level of antioxidants and is believed to help fight infection, boost circulation, aid digestions, and boost metabolism. Interestingly, some researchers believe that this hot pepper can fight pain. Cayenne pepper is often labeled as “red pepper”, and it is a very pungent spice – a little bit goes a very long way. This spice is usually used in ethnic dishes, especially in Mexican and Thai meals.

Cilantro has been suggested to help aid digestion and to remove toxic metals from the body. Cilantro has a “citrus like” flavor that is often described as “sharp” or “tangy”, and is most often found in Mexican and Asian dishes including salsa, guacamole, salads and some cold soups. Cilantro should not be exposed to heat, and is best used with raw foods.

Cinnamon has been cited as an anti-inflammatory and anti-microbial plant. Cinnamon is also believed by some to lower blood sugar levels and to reduce cholesterol and triglyceride levels. Cinnamon is usually associated with pastries and other sweets, but also pairs well with lamb and spicy dishes.

Fennel contains a high level of antioxidants, is believed to act as a digestive aid, and may have anti-inflammatory properties. Fennel seeds can often be found in Italian stews or sausages and rubbed on pork and chicken, it’s ground seeds can be used in baked goods, and the bulbous stalk is used as a vegetable and is often roasted with other vegetables, braised with meat, or eaten raw. Fennel is often described as having a flavor similar to that of anise.

Garlic is believed to build immunity through anti-microbial means, to protect against gastrointestinal and colorectal cancers, and to possibly aid in the prevention of cardiovascular disease by decreasing cholesterol levels and blood pressure. Garlic can be used in a wide range of food items including soups and stews, sauces, shellfish containing dishes, marinades and salad dressings.

Ginger is believed to act as an anti-inflammatory and to aid in circulation. Ginger is also popularly believed to calm an upset stomach, hence the common advice to drink gingerale when you are suffering with stomach problems. Researchers have recently begun to study ginger for its possible pain-relieving properties. Ginger has a peppery and slightly sweet flavor, and is often used in Asian and Indian cuisines and added to stir-fries, curries, root vegetable soups, marinades, chicken and beef dishes and some salad dressings.

Rosemary contains a high level of antioxidants, is believed to contain anti-inflammatory compounds, and possibly helps improve memory function. The flavor of rosemary is often correlated with lemon or pine. Rosemary is often used in dishes containing potatoes and squash, egg dishes, and with meat and fish (particularly lamb). Rosemary is often added to stews, but is removed once its flavor has been imparted on the dish.

Thyme is believed to have immune enhancing properties and to act as an antispasmodic. Thyme is most often used in stews and soups. Thyme is extremely versatile and goes well with most dishes containing meat, poultry, fish, shellfish, or vegetables.

Pantry 101 – Top Tips on How to Stock Successfully

Types of Apples Used for Cooking