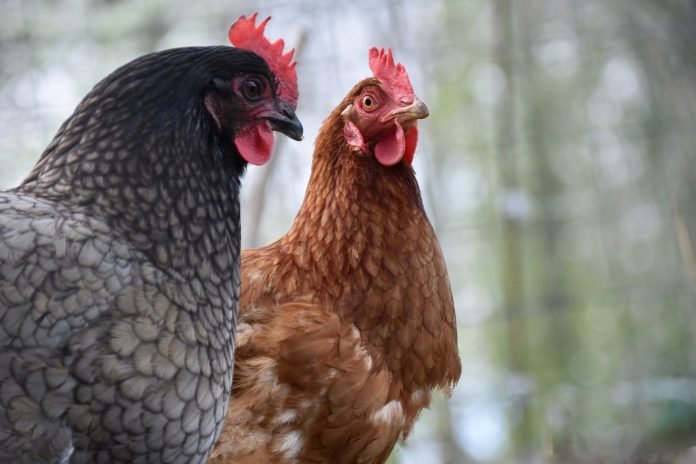 Chickens in general are a hardy lot, but they are also very susceptible to various chicken parasites, infestations, and diseases. All of this though could be avoided very easily provided the symptoms are recognized early and treatments are done swiftly. Not acting on it soon enough could cause infestation that could contaminate the entire flock.

Causes of Infestation in Chickens

• Overcrowding chickens produces stress that results in lowered resistance against diseases. It is also makes the chicken prone to parasitic diseases and infections.

• Introduction of new birds into the flock without first quarantining the new birds is one of the most common sources of infestation. When additional chickens are needed the best way is to quarantine first the new flock in a separate cage for two weeks and examining and treating them for possible infections before being introduced to the main chicken house.

Common Chicken Parasites and Its Treatments

While lice does not actually bite the chicken but instead eat dead skin, chicken are very uncomfortable with it that results in the chicken pecking at themselves that causes irritation and wounds. When other chicken sees the blood, it attracts their interest that they would peck on the chicken also resulting to depression and death. Lice are usually transmitted by introducing other birds that are infected to the chicken house. To treat lice, spray the infected chicken with sulfur based dust sprays. Malathion solution baths are also effective.

Breed fast in damp and dark areas. A chicken that is infected with red mites that goes undetected will spread the mites fast to other chickens and will number several millions in a few short days. It could also spread to your other pets, to your house and breed on your bedding. Red mites feed on blood and causes death in chicken when not treated swiftly. The mites are transmitted to the chickens by wild birds and by rodents. Red mites are blackish red in color and will hide from light. When there is evidence of red mites in the area, a chicken bath in Malathion could cure the chicken but all hiding places of the red mites must be disinfected if not burned.

You will find scaly-leg mites in between the scales of the leg of the fowl. Once they penetrated the scales, the scales would lift and will cause lameness in the chicken. Unlike the red mites, scaly-leg mites come from infested ground. Brushing the chicken leg with warm soapy water to rid the mites and then painting the leg with a mixture of methyl and olive oil in equal parts plus half a part of kerosene will kill the mites. Make sure though that the solution penetrates the scales.

These chicken parasites are very similar in nature and treatment to the red mites. The fowl ticks however produce tick fever, paralysis, and death when unchecked.