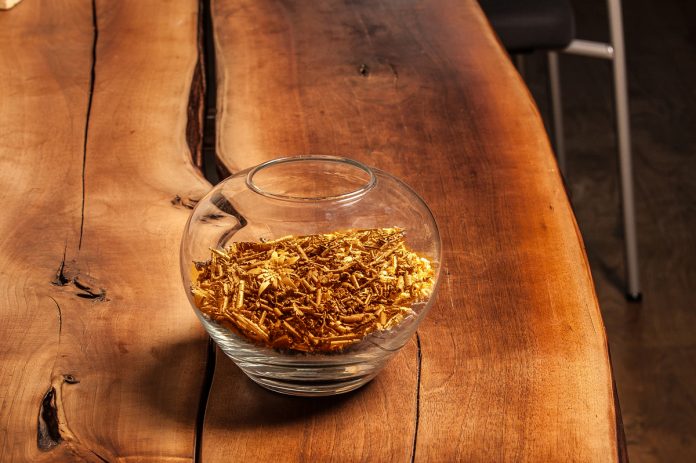 Brazilwood, logwood and fustic are famous traditional natural dyes that produce bright colours on wool, cotton and silk; brazilwood yields rich reds, logwood purples and fustic strong yellows. These three dyes are made from the heartwood of medium to large trees originally found in tropical forests. With proper care, all three dyes have a good light-fastness. Eventually they mellow to paler but still pretty colours.

By late 1500’s large quantities of brazilwood, logwood and fustic were imported into Europe from Latin America. These three new dyes cost much less than those previously available therefore allowing more people to have colourful clothes.

Brazilwood is found both in Asia and Latin America and Brazil takes its name from the tree. The wood comes from several species of Caesalpinia trees and it gives lovely rich reds

Even though I was born and brought up in Brazil, I never saw a brazilwood tree, never read about the fiery reds it produces and was never taught that the word brazil comes from the Spanish brasa which means glowing embers. It was only when I came to live in England and became interested in natural dyes that I learnt more about this tree. I was very surprised to learn that my country of birth was named after the wood found there, rather than the other way round.

Brazilwood, however, was well-known for centuries, long before Brazil was discovered by Europeans; it was first mentioned as a dye in 1321, sourced from East Indies and India.

Most of brazilwood sold as a dye now comes from Asian trees. The species from Brazil, Caesalpinia echinata, is also known as pernambuco and is sometimes referred to as the music tree because its wood is used for making violin bows.

Logwood chips produce purples, greys and blacks, the colours depending on the mordants used and the acidity of the dye bath. The dye haematoxylin produced from logwood is still used as histological stain for microscopic slides.

Old Fustic, or Dyer’s Mulberry, is made from the heartwood of Maclura tinctoria, a medium to large tree of the mulberry family originally found in the forests of Brazil and the West Indies. It is a beautiful wood for wood turning and is then known as amarillo, which means yellow in Spanish.

Fustic yields a range of colours from strong dark yellows to an attractive peach colour on silk, cotton and wool and it has good light-fastness. It was used extensively from about 1600 to 1850, as it produces a strong colour at low cost. During the WW1, fustic was one of the dyes used to produce khaki for army uniforms.

Dyeing with Brazilwood, Logwood and Fustic

These three dyes are normally sold as wood chips but are also available as natural dye extracts. I prefer to use brazilwood and logwood as wood chips, as I seem to get a better colour this way. However, I find the fustic extract better than the wood chips.

To obtain strong colours, put 50g of wood chips in a saucepan, cover with boiling water and then leave them overnight. The following day, boil the chips in the water for about an hour. You must remove the wood chips before adding the fibre as they have small barbs that attach themselves to the fibre and would have to be carefully picked off one by one. The best way to remove the chips is to leave the dye bath to cool down for an hour or two and then pour the contents of the saucepan through a sieve, saving the liquid. You can also save the chips by spreading them out to dry, as they can be re-used several times. Add 100g of wool mordanted with alum to the dye bath and simmer for 30 minutes. Take the wool out and add another 50g of wool for paler colours. You might still get some colour on a further 50g of wool.

Brazilwood, logwood and fustic are great dyes for beginners, as they are both easy to use and very economical. If you want vibrant tropical colours that conjure the spirit of Brazil and the Caribbean, then tropical wood dyes are the ones to use.

Teresinha Roberts is a Brazilian-born textile artist specializing in natural dyes. She is regularly invited to talk to weavers, spinners & dyers, environmental and other groups. Visit our website at Wildcolours natural dyes today! to buy natural dyes & dye extracts and to learn more on how grow and use natural dyes.