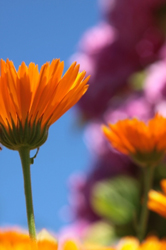 Whether you are a child or an adult you are as susceptible to the damage done to skin and soft tissue by hard activities as anybody else. So what can you look for if you decide have a day outdoors and face the dangers that you will come across that want to leave you bruised ,scratched, scraped, cut and itching from all the falls, knocks, stings and bites that most people experience when they are more used to spending their time indoors?

Bruises are caused by a knock, and can happen without you even being aware of it. The blood vessels get damaged and leak. If you notice it right away, you can lessen the degree of bruising by applying ice or cold water to constrict the capillaries and cut down the flow of blood leaking from them. Some people bruise easier than others, and excessive bruising for no apparent reason could be a symptom of a more serious underlying condition and you should see your doctor.

A bump, or lump, can appear for many reasons, but generally settles down after a while. It can simply be the body’s reaction to a hard knock that did not damage the blood vessels, but prompted a natural swelling to protect the area. They can also be caused by insect bites. You don’t always see these little pests – they have lunch then zip off without you even being aware of it until the area begins to itch and swell. However, if you have a lump under the armpit, in your neck or behind your ears it could be a swollen gland and you should contact your physician.

Everybody gets minor scrapes now and again, and when you spend any time outside you can get bitten by insects such as mosquitoes, midges, black flies, horse flies – you name it, they will lunch on you as on any other animals. You can also get stung by vegetable nasties, though if you do then look around for a remedy. Strangely, many stinging plants have another plant close by that can be used as a remedy. This is likely because, after being stung, people just rubbed whatever was handy on the area and eventually these remedies were discovered.

Calendula, or marigold, is very effective in relieving skin irritations and inflammation. It can be applied topically to relieve the symptoms of bruises, cuts and scrapes, and also for the initial treatment of burns and scalds. It has anti-inflammatory properties and can be used on inflamed or infected cuts and skin lesions. These properties are believed to be due to the high level of flavonoids found in calendula that have anti-oxidant properties and help the immune function to do its work. Among these is the powerful Quercetin with its strong anti-histamine properties.

It also appears to possess anti-viral properties, though the reason for this is not clear and is still under investigation. Marigold also contains carotenoids and triterpene saponins, both of which will contribute to the medicinal effects. The dried flowers or leaves, or the fresh flowers, can be used and it is an old adage that pus will not form where marigold is used. It is also good for the treatment of insect bites and boils, where it appears to either prevent infection or clear up any that are there. It has also been proven to prevent the seeping of blood from the capillaries in scrapes, and to promote blood clotting.

Calendula was used during the First World War by British doctors to dress wounds and prevent infection. A dressing steeped in a mild solution of calendula extract was enough, and it likely saved many lives.

Another plant with similar properties is the alpine Arnica, which is useful to reduce the swelling and pain of bruises. It works simply by rubbing the leaves on the area when you have a fall or a hard knock. The active ingredients here are again flavonoids, and sesquiterpene lactones along with tannins, carotenoids and thymol. These, along with the flavonoids, stimulate the circulation and carry away any fluids trapped in bruises and swellings.

The sesquiterpene lactones act as anti-inflammatories and boost the immune system, helping to reduce swelling and pain. In fact terpenoid chemicals are common to many of the herbs and flowers that have found a use in the relief of pain in swelling and bruises. The same is true of Ledum, better known as Rosemary, traditionally used for the treatment of burns, ulcers dandruff, and dry skin and to get rid of lice among many other internal and topical applications.

The active ingredients of rosemary (ledum) include mono-, di- and triterpenes and also the ubiquitous flavonoids and camphor and linalool. If you wash down burns, grazes and cuts with a wash of ledum extract, then you will protect the patient from infection at the time when they are most vulnerable to infectious agents.

Hypericum has uses as an anti-inflammatory and antiseptic, and is therefore useful for exactly the same conditions as all of the above. It also has astringent properties, so that like Calendula, Hypericum can be used to prevent the capillary seepage that frequently leads to infections. The active ingredients here are apparently flavonoids again, with their antiseptic and anti-inflammatory properties.

Considering that they are among the most common antioxidants and anti-inflammatory agents in the plant world; it is no coincidence that flavonoids just happen to be contained in the vast majority of natural treatments for scratches, grazes and bruises. They reduce swelling, pain and inflammation, and also act as antiseptics by disrupting the cell walls of bacteria.

Hypericum is well known by its alternative name St. John’s Wort, where it is used in the treatment of depression. However, the active ingredients here are mainly hyperforin and hypericin, which have little to do with the topical benefits of the plant.

If you have suffered from insect bites and stings, then you would have been thankful had you brought some Apis Mellifica with you. Obtained from bees, this again contains terpenes among many other chemicals, and is used paradoxically in the treatment of bee stings and other insect stings and bites. It’s amazing how many of these old remedies contain terpenes of various types and also flavonoid chemicals. It is useful for most rashes that have raised puffy lumps, such as hives.

Finally, if you manage to stay out without getting any bruises, abrasions, scratches or bites, you will be very lucky. However, if you get sunburn through being out in the sun too long, just look around for some stinging nettle, or Urtica. The leaf contains polysaccharides and lectins that stop the production of prostaglandins in the body that cause inflammation. Your sunburn will ease and you be able to return home relatively symptom free from your day outdoors.

These natural remedies can be hard to find growing naturally due to many factors such as the time of year or your geographical location these herbs may grow in. Alternative sources are available at your local health food store where you can find all the above mentioned herbs in ointments and creams specifically formulated for your needs.