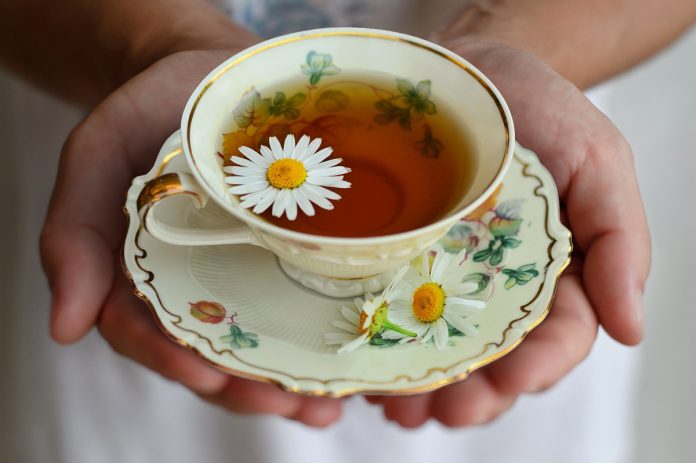 Attention Deficit Hyperactivity disorder (ADHD) can affect both children and adults alike.Normal ADHD appears in early childhood as hyperactivity, distraction, restlessness, impulsiveness and poor concentration. Although it is becoming more commonly diagnosed, there are some circumstances where children experience mild symptoms and go undiagnosed. These symptoms can become more prevalent in adulthood as life becomes more chaotic and more demands are placed upon you.

In the past symptoms of ADHD were not treated as a disorder rather kids were labeled as a dreamer, a goof-off, a slacker, or a troublemaker.

Typical treatment for ADHD involves prescription medication as well as family therapy to understand and manage the disorder. Medical prescriptions such as Ritalin, Concerta and Adderall although proven safe have caused some addictive and mind altering effects in children, which make parents shy away from medical treatments. Natural treatments are safer, effective and reliable to calm the symptoms of ADHD.

Here are some natural herbal treatments that parents may turn to when treating their children with ADHD.

Ginkgo has been used for thousands of years. Ginkgo has been useful for treating Alzheimer’s, anxiety, depression, ADD, cancer, cataracts, glaucoma, diabetes, impotence, heart attack, stroke, and tinnitus. It stimulates the circulatory and nervous system and enhances brain activity. In patients with ADHD it decreases tissue degeneration in the brain and central nervous system and slow mental degeneration. Ginkgo increases and optimizes ones ability to focus and pay attention. By increasing the cerebral blood flow it enables people with ADHD to calm their thoughts and think clearly. As an anti inflammatory Ginkgo can decrease blood vessel spasms and decrease the viscosity of blood. This also helps for patients with allergies, asthma and bronchitis. In large doses this herb can cause headaches, nausea and dizziness. However, taken as prescribed it is safe for long-term use.

Skullcap is a relaxing herb that calms and sooths the nerves and nervous system without having a sedative effect on the body. It slows down the chaotic though process and calms the nerves in the brain. It strengthens the nervous system so one can control his/her thought process and focus on tasks. Skullcap can also be used to relief anxiety, a symptom that normally coincides with ADHD. This herb has been used to treat heart disease, cancer, nervousness, tension, headaches, insomnia, exhaustion, depression, and pain relief. As an anti inflammatory, skullcap can enhance digestion, which is sited as one of the nutritional deficiencies that causes ADHD, and stimulates liver function. Skullcap comes in many forms and can made into a tea by putting 1 ounce of dried herb into 1 pint of water or 1 teaspoon into 1 cup of water.

Chamomile has been used therapeutically as a relaxing, calming, and soothing herb. Chamomile is one of the safest herbs on the market today that promotes relaxation. Chamomile has many healing characteristics and is an antispasmodic, anti anxiety, anti histamine, anti inflammatory, and antioxidant. By taking chamomile an immediate sense of calm envelops your body, which allows for easier completion of tasks, controlled thoughts and more restful sleep. Chamomile can be used in teas and tinctures as well as applied externally in creams and compresses. The only side effect recorded with chamomile is a possible allergic reaction that subsides once you stop taking it.

Gotu Kola is considered to be a rejuvenating herb, which means it, increases the body’s resistance to stress, trauma, anxiety and fatigue. It also stimulates body functions such as skin repair, strengthens hair, nails and connective tissue, helps with concentration and memory. Gotu Kola is a memory and cognitive enhance which helps increase patients attention span and knowledge retention. As an antibacterial, anti-viral, and anti-inflammatory, it improves blood flow throughout the body. This herb should be avoided if you are pregnant or nursing.

Although normally used as a food source for humans and livestock, oats are high in minerals and are an anti-inflammatory that have several benefits to the body. Oats can restore and nourish the nervous system and integumentary system. It balances the sugar levels, helps with eczema, alleviates mild depression and alleviates nervous exhaustion and weakness. Oats can be made into infusions, which can be applied topically to the skin or added to bathwater to sooth inflamed skin. Oats strengthen the nervous system making patients more able to handle day-to-day stresses.

Rooibos is a plant that is grown in South Africa and is part of the legume family. It is rich in antioxidants, minerals, vitamin C and alpha hydroxy acids. Rooibos acts as an antiviral, antispasmodic, anti anxiety, and anti-allergy agent. Rooibos can alleviate nervous tension, allergies and digestive problems. It calms the digestive tract as well as soothing skin allergies such as eczema, and induces sound sleep. Avoid using this plant if you have iron deficiency, it has been known to interfere with iron absorption in the body.

Lemon balm is known for its calming and regulating effects in the body. Lemon balm can be used to treat the symptoms of anxiety by reducing high blood pressure, calming palpitations, and reducing rapid breathing. As an antihistamine it benefits skin and respiratory allergies. Lemon balm calms the nerves, uplifts the spirit, and dispels sadness. It can also relieve digestive spasms, nausea, and indigestion as well as relieving migraines, and combat fevers. This herb should not be combined with barbiturates because it can increase the effects in the body.

Valerian can be used for anxiety, confusion, migraines, insomnia, depression, palpitations, high blood pressure, and nervous indigestion. It acts like a sedative on the nervous system and restores and calms the nerves and the heart. It calms restlessness, stress and anxiety. Valerian is safe for general use but can cause hyperactivity and giddiness in high doses. Valerian should not be used for children under the age of 12 or women who are pregnant or nursing. Do not mix with alcohol, prescription tranquilizers or anti depressants.

Graduated with a BA in exercise science and have worked in the medical field since. My focus is alternative medicine however all aspects of health interest me. Check out my health website! http://www.universalhealthinfo.com