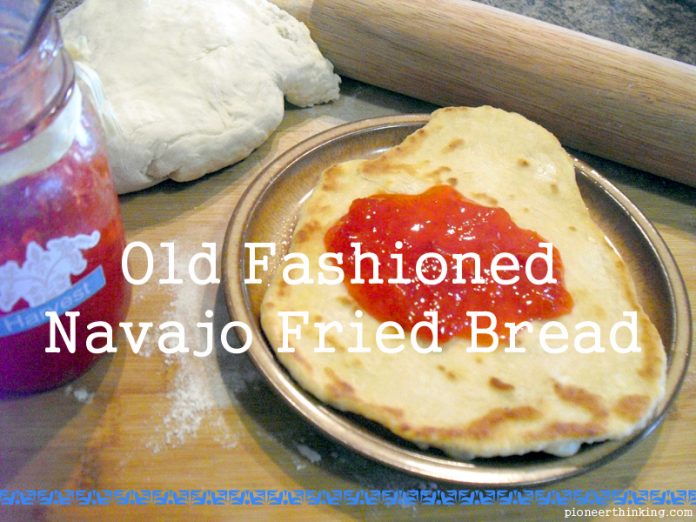 It has been said that bread is the staff of life and I for one will not disagree with them. In the event of major disasters or emergency condition it would be highly unlikely that one could obtain loaves of bread at the local grocery store. It is also possible that you may not have electricity in order to bake your own bread. What would you do in this case? Would you go without?

It really is not necessary to deprive your family of bread when you are living under emergency conditions. I have made a number of different breads ranging from the more colorful ones containing cinnamon and various sweet spices to those that are simple and easily made. One of my all time favorites however, remains the Navajo fried bread.

Indian fried bread is a traditional food to the Navajo tribe and frequently is associated with a story which relates to the tribes past suffering. The Navajo tribe revered the earth just as their ancestors did before the time of the white man. They raised crops and tended livestock on their land which was bordered by several sacred mountains. One mountain came from the northeastern Arizona, one from the western New Mexico area and one towards the north into Utah and the state of Colorado. Their crops were grown in the fertile valley lands between these sacred mountains.

The Navajo tribe did a lot of trading with their various neighbors. They would trade with the Spanish, the Pueblo tribe, Mexican nationals, Apaches, Comanche’s and eventually the early pioneers who began to venture west. In 1846 our nation was growing and expanding. There were large numbers of American pioneers heading west and as they did they were accompanied with soldiers of the United States cavalry. As this expansion continued so did the rife between the Navajo tribe and the white man. This ultimately accumulated with the death of a Navajo leader. This is when the troubles actually began. The problems began to escalate with the death of the Navajo leader named Narbona.

It appears that Narbona and several hundred Navajo warriors had planned to meet with Colonel John Washington to discus plans for a truce. Within a matter of several hours both sides believed that a peaceful resolution had finally been reached. Unfortunately, a young buck named Sadoval saw things a bit differently. He would ride in front of the Navajos attempting to force them to break the newly created treaty. About that time a soldier claimed that one of the Navajo horses was his and a battle soon erupted.

Colonel Washington demanded that the horse be returned to the soldier for which the party refused to comply since the horse and rider were now gone. In the end Narbona was killed and scalped by a soldier as he was breathing his last breath.

Further abuses were to come for the Navajo nation as they began what was called the long walk. Kit Carson arrived in 1863 to talk peace with the Navajo leaders but they failed to show up. In return, Carson ordered the soldiers to burn the Navajos land. There were several attempts to starve the Navajos while many were captured and imprisoned.

During their 300 mile walk many Navajo tribesmen died of hunger. The supplies of flour, lard, sugar, salt and baking powder were in short supply. The few foods that were readily available became the basis of the Navajo fried bread.

This type of bread is now a common occurrence during the Native American Powwows such as the ones held at Millsboro Delaware every September. The recipe I am about to provide you is similar to the one used at the powwow. It is easily duplicated at home as well as when you go camping or are under some sort of survival exercise. Although there may be similar recipes floating around this particular one uses only three dry ingredients. 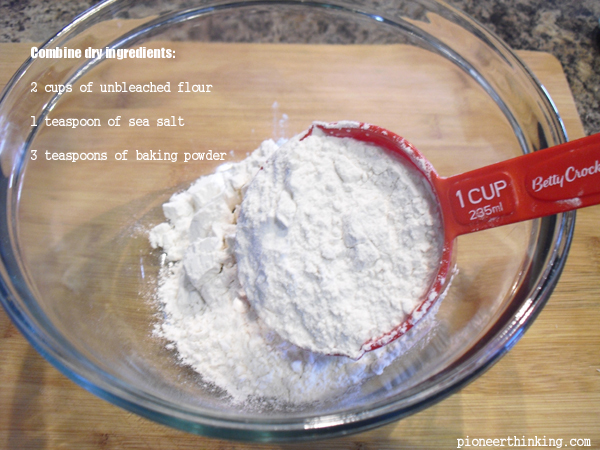 Pouring all at once, add just enough warm water to the ingredients to create dough from the mixture. 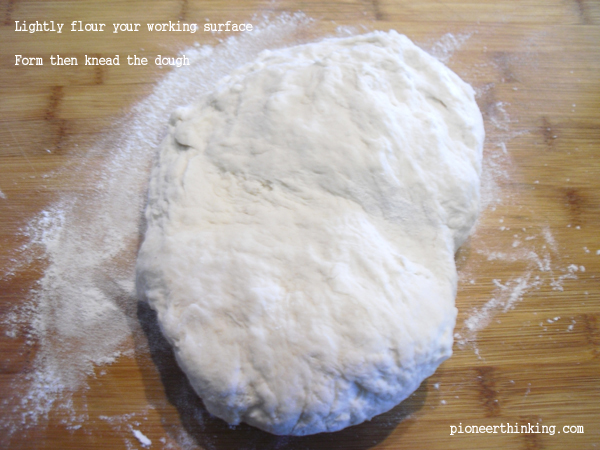 Flour your hands and knead the resulting dough well and then roll it out in flat round disk shaped cakes. 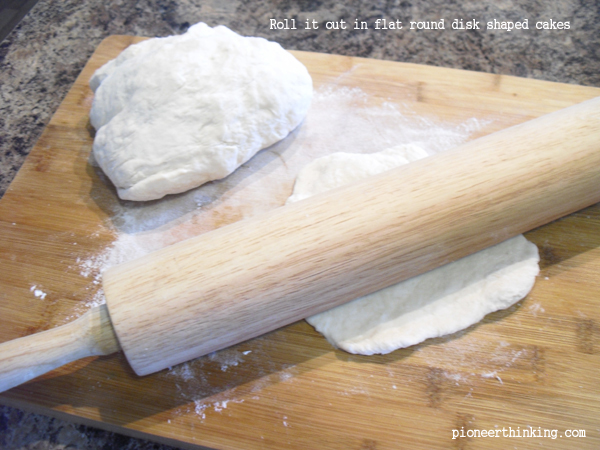 Take a skillet and place about 1 inch of grease in it. Heat the grease to 350 degrees or until it becomes extremely hot. At this point gently place one of the flattened dough pieces in the hot grease being very careful not to splatter the grease. 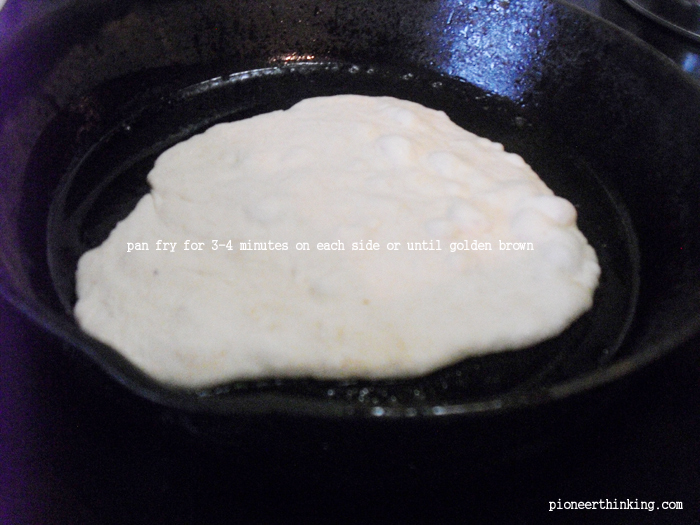 Continue to fry it until it becomes golden brown on one side and then flip it over to complete the second side. Considering how thin the bread is this should not take longer then 3 to 4 minutes per side. 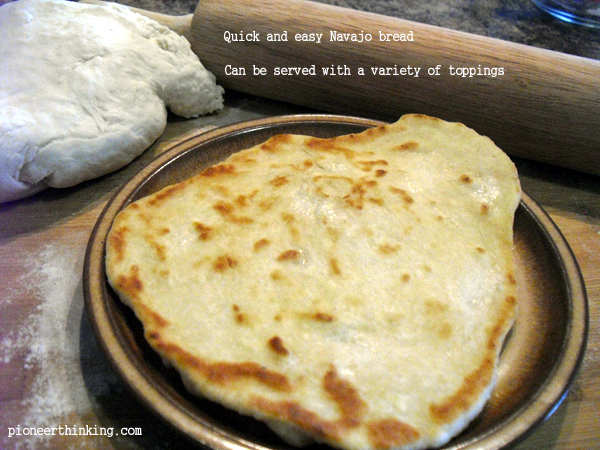 These breads can be served in a variety of ways. They are valued as either bread for the main meal or for use as evening desert breads. The bread is exceptionally good with honey and butter spread on it. I personally like to use them in a dip making an herbal dip with olive oil and a selection of tasty herbs. Either way these breads are well worth trying and keeping in mind for those emergency situations when bread is not available. 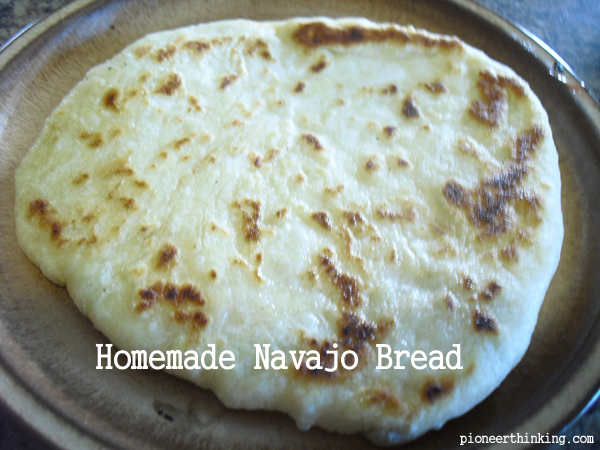 Copyright @2009 Joseph Parish  – For more information relating to survival visit us at http://www.survival-training.info

Cozy Up Your Kitchen with This Giant Cinnamon Bun Recipe

Healthy Brownies Your Kids Can’t Get Enough Of