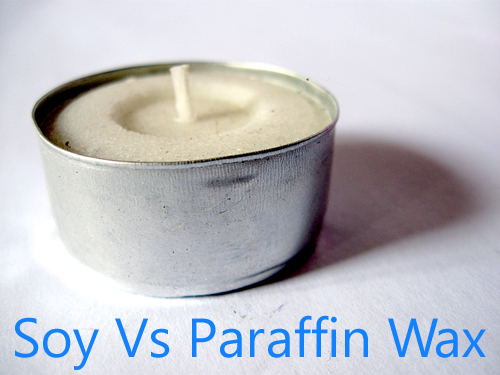 It’s often noted that Ancient Egyptians were the first to use candles by soaking the pithy core of reeds and animal fats to construct rudimentary torches and rush lights. While these lacked a wick and, thus, were not considered true candles, man has been using what we would consider a wicked candle for at least the last 5,000 years. Since then, the composition of candles has evolved to what we would consider traditional materials such as scented paraffin wax and soy wax with a wick burner in the center. While paraffin and soy wax candles may seem interchangeable, the fact of the matter is that soy candles hold a host of benefits over their paraffin counterparts, ushering in a great debate for those who have traditionally adorned their homes with paraffin candles.

Soy has been one of the main plant foods in China along with rice, soybeans, wheat, barley and millet since the late 1800’s. With excellent moisture-holding qualities, soy has developed to become a staple ingredient on many kitchen shelves today. From oils to salad dressings and even margarine, soy has helped to improve the texture and taste of many of our favorite dishes that we still eat today. In fact, soy oil accounts for about 80% of edible fats and oils in the United States!

In addition to its edible qualities, soy has made an impact in the industrial market as well. Soy oil is also used in industrial paint, varnishes, caulking compounds, linoleum, printing inks, and other products. Development efforts in recent years have resulted in several soy oil-based lubricant and fuel products that replace non-renewable petroleum products. As one would expect, the qualities and properties that makes soy such a great oil product is what contributes to its excellence as a candle wax as well.

But what makes soy better than paraffin for candles? Soy is a natural and renewable source made from soybeans while paraffin is a petroleum-based product that creates large amounts of carcinogenic products when burned. When one thinks of petroleum, they typically envision oils, gasoline, and other slimy products associated with vehicle fuel. Indeed, paraffin is closely related in that sense, and the negative impacts one sees from the burning of petroleum can be compared to the burning of paraffin.

You can see the effects of burned paraffin clearly in the soot that accumulates in the jar of your candle and on the nearby walls in your home! In comparison, burning soy candles may accumulate some black soot on the jar, but the amount is much less than paraffin counterparts. Soy candles are also non-toxic, so they won’t release toxins into the air as they burn.