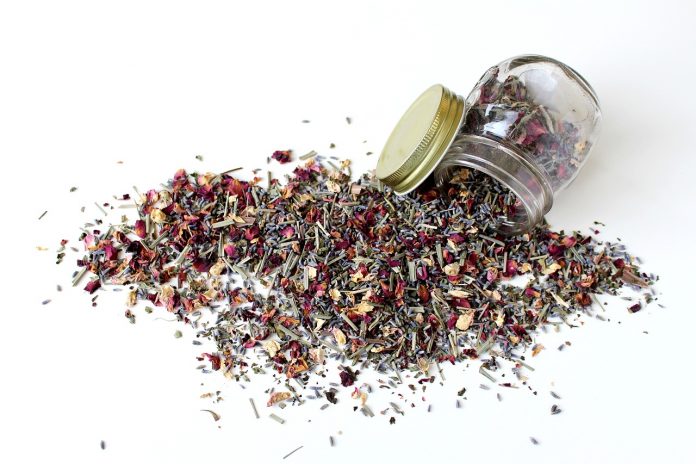 Although you may think these herbs were called as such for culinary purposes…you will be surprised by the actual reference to the name.

In the middle ages, it was customary for the wealthy English noble to religiously bathe every three weeks. However, a peasant could not afford this luxury. The excessive nature of hauling and heating water for a nice warm bath proved to be too burdensome. Pneumonia became a concern during this time, for it was believed that bathing, especially during the winter months, would lead to chills and ultimately death. This historic period in history became then known as the “age of the great unwashed ” .

Needless to say, body odor became quite pungent, especially when on many a cold winter night, it was customary to sleep two – three to a bed for warmth, wrapped in many a heavy blanket. The wealthy could afford the luxury of heavy doses of perfume, however the peasants simply slept beneath cuttings from very strong-smelling plants. These plants became known as stewing herbs for they were literally strewed about on floors, outhouses and even between the sheets of the beds to perfume the peasants.

During this era of the great unwashed, there evolved unique means of scenting clothing. Women’s long, voluminous skirts trailed behind them. In castle gardens, it was not uncommon to find a thyme lawn composed of a ground-hugging mat of aromatic Thymus serphyllum. When walked upon, plants were crushed, and then skirts trailed over them to soak up any oils exuded from the foliage.

Lavender is a very well known odor-covering stewing herb. Lavender’s Latin root name means to wash, or “lavare. ” We inherited this herb from the bath-loving Romans, however, by medieval times, the Romans ceased using the herb as a scent for bathing and applied it as a masking fragrance quilted into hats or other particles of clothing.

Additionally during this time it was customary to throw table scrapes and bones to the household pet, whose shaggy and unkept mane was bathed less frequently than the peasants who housed them. Soon the filth caused many disease-breeding vermin within the confines of the house. Thereafter, history encountered a second reason for stewing herbs, as a pesticide. Many of the oils from herbs could deter fleas, lice, weevil and other undesirable insects.

One such herb, Pennyroyal, also known as fleabane or Menta Pulegium, is a pungent member of the mint family. The homes where it was grown and liberally used for strewing, had fewer incidences of the Black Death, for the plague was spread by fleabites. The plants are still used today for stuffing dog beds and doghouses to discourage these pests from taking up residence.

The ” planted seat ” was also designed to scent clothing. It was created of carved stone and appeared much like a heavy church pew. The seat was hollowed out into a cavity about 6 inches deep and into this was packed earth planted with either chamomile or thyme. When a person sat down and crushed the plants, resulting oils soaked into breeches or skirts.

At the root of our most favored aromatic plants of the modern herb garden are the fragrances used to disguise aromas of the great unwashed. It was not until the dawn of the 20th century that bathing became a frequent practice. Let us rejoice in the luxury of bathing every day, knowing we no longer have to douse ourselves in perfume or live amid a pile of wilted herbs to abide each other’s company.

Kali S Winters is gardening enthusiast and author who spends much of her time teaching others how to setup and maintain beautiful, amazing gardens.