Talking to Plants and Garden Conversations 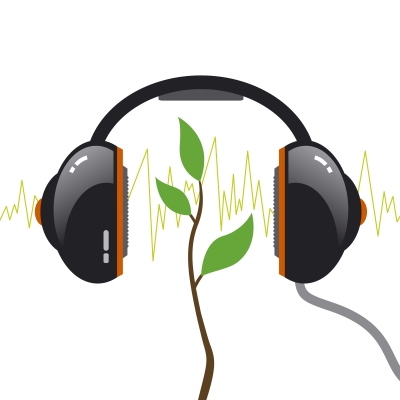 It’s perfectly okay to talk to your plants, no one is going to think you’re nuts. If your plants start talking back to you – well then perhaps you have some issues. Now take Britain’s Prince Charles who once stated “I happily talk to the plants and trees, and listen to them. I think it’s absolutely crucial… ” It seems the Good Prince is also listening – I wonder what his plants tell him? The prince stated in a BBC documentary. “Everything I’ve done here, it’s like almost with your children. Every tree has a meaning for me.”

In 1848 a German professor, Dr. Gustav Theodor Fechner suggested that plants were capable of ‘human’ emotions, and that by showering your plants with attention and conversation you could actually promote a healthy happy plant.

In 1970, Dr George Milstein released ‘Music to Grow Plants By’, songs to play for your plants that theoretically would help them grew into big strong well adjusted plants. Dr. Milstein, incidentally was a Dentist, and at the time some people suggested that perhaps he was dipping into the sweet air.

In 2007 a South Korean scientist, claimed that his experimentation seemed to indicate that playing Beethoven’s Moonlight sonata to rice plants led them to grow faster and blossom sooner.

And most recently, in the U.K., the Royal Horticultural Society conducted what has been dubbed The Voice of Wisley experiment – a month-long study into the effect of the human voice on tomato plants.

Recordings were made of various people reading passages from Darwin’s On the Origin of Species –Shakespeare’s A Midsummer Night’s Dream, and John Wyndham’s The Day of the Triffids.

A group of control plants were not exposed to the sound of a human voice.

Each plant was exposed to a different recording for prolonged periods and were measured before, during and after each session. The plant showing the most growth had been listening to Darwin’s Origin of Species, read by his Great Great Grand Daughter Sara Darwin.

The garden superintendent and curator for The Voice of Wisley experiment, Colin Crosbie, stated “something wonderfully pleasing about a plant responding to a story about how its kind came into being… We can’t explain exactly what the magical property in Sarah’s voice is but it could have something to do with the pitch and tone ”

Of all the different readers, the plants listening to recordings from females outperformed those listening to male readers.

It is known that plants do communicate amongst themselves with scents. Scientists have found that some species of plants when attacked by pests will emit an airborne chemical sending a signal to nearby relatives that respond by strengthening their chemical defense systems against that particular threat. The movie “The Happening” built on this fact and created a Sci-Fi fantasy in which plants emitted an airborne chemical that caused Humans to self destruct.

In 1966 Cleve Backster, who taught the use of lie detectors to police and security forces, conducted research that led him to believe that plants could communicate. “On impulse he decided to attach the electrodes to one of his lie detectors to the leaf of one of his dracaenas. The dracaena is a tropical plant similar to a palm tree with large leaves and a dense cluster of flowers… known as the dragon tree… Backster was curious to see if the leaf would be affected by water poured on its roots… the galvanometer did not indicate less resistance as would have been expected by the greater electrical conductivity of the moister plant… Backsters dragon tree to his amazement was giving him a reaction very similar to that of a Human being experiencing an emotional stimulus of a short duration… ” The Secret Life of Plants Peter Tompkins and Christopher Bird

Backster went on to conduct further experimentations, convincing him that plants are sentient – intelligent to some degree and capable of emotion.

In 1975 the “Organic Biofield Sensor” report was published based on research done at Stanford Research Institute in Menlo Park, California by Dr. Harold E. Puthoff and Randall Fontes. This report supports the possibility that plants may respond to human consciousness as contended by Cleve Backster and others. {Wikipedia file on Organic Biofield Sensor.

Richard Rajotte has been an avid Gardener since the age of ten, over 40 years. He has written a number of gardening articles primarily under the pseudonym Abigal Gordon. http://www.luv2garden.com