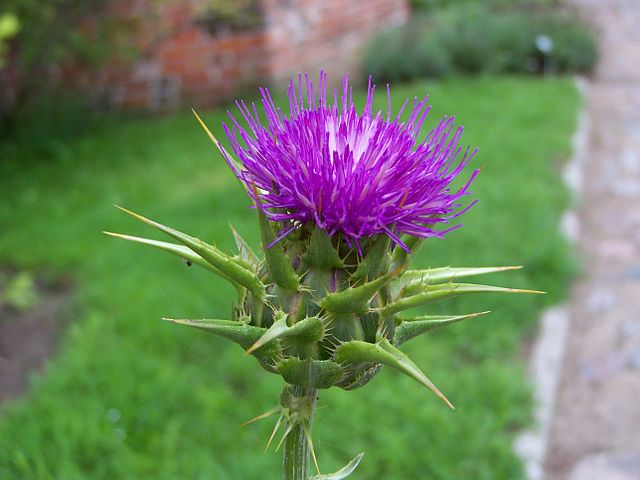 Milk thistle is a plant whose fruit and seeds have been used for more than 2,000 years as a treatment for disorders of the liver, bile ducts, and gallbladder. Milk thistle is also called holy thistle, Marian thistle, and Mary thistle is indigenous to the Southern regions of Europe however today it can be found growing around the world. This herb has a long therapeutic history.

Silymarin has been identified as the active ingredient in milk thistle which gives it its therapeutic properties. Silymarin is a naturally occurring polyphenolic antioxidant flavonoid. This active ingredient is only soluble in alcohol and not water, thus making an alcohol extract the preferred medium of extraction. Silymarin contains 4 compounds: silybin (the most active), isosilybin, silychristin, and silydianin.

Silymarin has been studied extensively around the world. Today, several scientific studies suggest that active substances in milk thistle (particularly silymarin) protect the liver from damage caused by viruses, toxins, alcohol, and certain drugs such as acetaminophen (a common over the counter medication used for headaches and pain; acetaminophen, also called paracetamol), can cause liver damage if taken in large quantities or by people who drink alcohol regularly.

Hepatitis C is a disease of the liver that is caused by a virus. Chronic hepatitis C can cause liver disease, cirrhosis (scarring of the liver), liver cancer, and liver failure. Among people with chronic hepatitis C, most show no symptoms for up to 20 to 30 years; some have mild symptoms; and some have more serious symptoms. One acute viral hepatitis study reported latest out come measures at 28 days and showed significant improvement in aspartate aminotransferase and bilirubin. Also, two studies of chronic viral hepatitis both showed basic and histologic improvement with milk thistle supplementation.

More over, two animal studies on prostate cancer chemoprevention and treatment are ongoing, and a third phase trial in human prostate cancer patients with rising prostate-specific antigen also is under way with milk thistle. Several large, carefully designed studies in patients with liver disorders have found that taking Silymarin to be effective as a treatment and may in some cases have a laxative effect or cause nausea, heartburn, or stomach upset. A growing amount of information from laboratory, animal, and human studies suggests that milk thistle may help to lower blood sugar levels as well.

Research into the biological activity of silymarin and its possible medical uses has been conducted in many countries since the 1970s, but the quality of the research has been uneven. A summary of the research findings the results of scientific studies to date do not definitively find that milk thistle is beneficial in treating viral hepatitis C in humans so more research is needed to be conclusive.

Many professional herbalists recommend milk thistle extract for the prevention and/or treatment of various liver disorders including hepatitis, fatty liver associated with long term alcohol use, and liver damage from drugs and industrial toxins such as carbon tetrachloride. The German Commission E, which studies the safety and efficacy of herbs for the German government, recommends milk thistle for liver damage due to toxins, cirrhosis of the liver, and as a supportive therapy for chronic inflammation of the liver.

In conclusion, milk thistle has been reported to have protective effects on the liver and to greatly improve its function. For over 2,000 years Europeans have used milk thistle seeds as an herbal treatment for liver disorders. So given all the research to date, one can do a systematic review of the evidence to clarify what is known about this herb, so one can make a informed decision as to treatment of their liver problems.