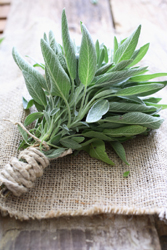 An Aboriginal Canadian friend of mine who teaches at the Whispering Lodge in Toronto was explaining to me how physical or emotional healing cannot take place until the person is cleansed of any of the following conditions:

1. Emotional conditions such as resentment, bitterness, envy, jealousy and guilt

2. Negative thoughts about others or one’s past or future

5. Attachments or negative energy sent to us from other people

In most Aboriginal traditions, a sweat lodge, basically a tent or teepee or cave filled with smoke and heat, is used to remedy the sick person of these conditions. In ancient Rome, buildings called purgatoriums were used for the same purpose. These smoke and heat filled places were considered sacred spaces in which the spirits or God could lift negative entities and energies from an individual without interference with others.

Below is a list of common herb, plants, grasses and resins that are commonly used in smudging ceremonies. You can light these substances yourself and carry a bundle of the substance around your home in a counter-clockwise circle to cleanse your space. I highly recommend cleansing the body outside, however, as I have found that sage can burn very fast and create a lot of rapid whirling smoke that easily sets off the fire alarm.

Cedar and Juniper branches – These evergreen boughs have historically been used to help cleanse, purify and protect ones belongings. Sometimes brooms are made from them to use the smoke “sweep” to cleanse a home during a house blessing.

Sweetgrass – This musty smelling grass is used to drive out bad influences and draw good influences into the home. It is often used after a prayer or ritual to “hold” the magic” in its place.

Copal – this aromatic plant resin is mainly used in South American rituals. The touch of the strongly scented smoke from burning copal is thought to cleanse and purify any object or person.

Frankincense and Myrrh – these “biblical” resins are used in Africa, the Middle East and Europe for ceremonies and rituals. Burned together they are thought to balance yin and yang, or the masculine and feminine energies in a place or dwelling. Either is thought to draw blessings into a home.

Tobacco – Tobacco is burned to float prayers upwards to the Creator where they will be heard and answered. Burning a tobacco along with sage, cedar or sweet grass is thought to enhance the magical intentions of the smudge.

Smudges and resins can be bought commercially from occult, new age and gift shops. I usually put the branches, plants or resins in the bowl and blacken my hands and face with it. While doing this I pray for protection, purification and blessings from above. If healing another person or purifying a room I will sometimes use a feather or a branch to waft the smoke in the desired direction.

Smudging is not all hooey and voodoo. The practice is also thought to created negative ions in the air that remove static and create a positive atmosphere. Not only do people usually feel good afterwards, it also creates a space for the free flowing of positive energies and prayers.