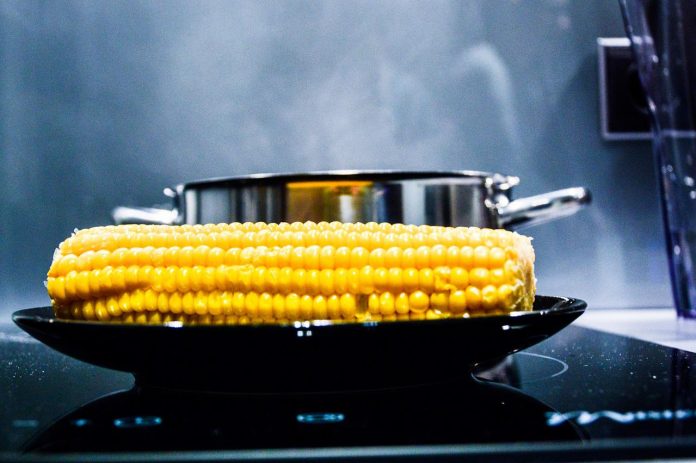 What’s the best way how to cook corn on the cob? Ask many hard-core corn lovers and you’ll get several various answers. The very best way is to cook it on the grill, no steam it, no use a pressure cooker, no boil it! The answer is going to depend on who you ask, the part of the country you’re in will also influence the answer.

This time of year sweet corn is at its peak and is accessible at road-side stands all around the country. Its a staple of week-night dinners and weekend cookouts. We try to preserve the taste of sweet summer corn by freezing and canning, but one of the things that makes it such a unique treat is its limited availability. Fresh corn on the cob can only be had throughout the late part of the summer season, just like home-grown tomatoes.

There are a couple of techniques to cook corn on the cob on the grill. One is to peel back the husk and season the corn, pull the husk back in place, wrap in tin foil and cook over a low fire. My favorite is to soak the ears of corn in water for about an hour to dampen the husks so they don’t burn and add moisture to the cooking corn and then toss on the grill as is to grill and steam over a medium heat.

When cooking on the stove the ears must be husked and all the silk removed. To boil corn on the cob heat a big pot of water just to the boil, add husked ears and cover. Fresh corn doesn’t have to have very much cooking, check for tenderness after just several minutes. One way to steam cook corn on the cob is to put about 2 inches of water in the bottom of the pot with 2 splashes of milk, heat just to the boil and add the corn. The addition of the milk will trigger the pot to boil over if you’re aren’t careful, so cock the lid on the pot so some of the steam can escape. Once again, examine for tenderness in just a couple of minutes. I like to run the ears under the cold tap to stop the cooking and to cool the ears enough to eat immediately. No waiting here!

How to cook corn on the cob is a matter of taste. I believe its a crime to cook it past fork tenderness and my cousin insists that it be boiled until soft all the way through. Which way do you like best?

I don’t cook in BBQ competitions, but sure do enjoy grilling for my family and trying out new recipes. For more ideas and recipes for Competition BBQ recipes visit