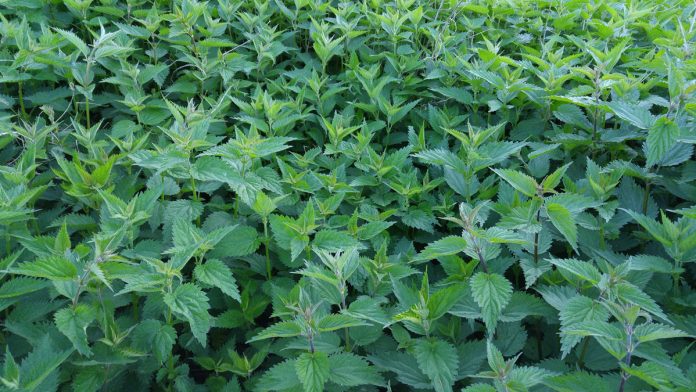 It’s a discussion that has occurred on a regular basis in our household. What constitutes a weed? Is it any plant that is growing where it doesn’t belong or is it a plant that has little to no useful value. You can probably guess which side I’m on.

The plants I will be writing about are found in two different climates, so they may not be universal. Some of them would be found on the edges of the lawn, along creek bank or on the fence line if they tend to grow larger than an average “weed.” Most of them are useful, though a few have some precautions. One of them is not safe, and truly earns the title “deadly.”

You can thank European settlers for bringing this plant to the North American continent. The root is used as a diuretic, and the leaves can be eaten. Young leaves can be used in salads and older leaves can be cooked like spinach is prepared. Flowers are sometimes made into wine.

As it can approach three feet in height, I’d have this along a fence. It has nice, daisy type flowers. It’s used to help get rid of migraine headaches. As it may have an aspirin like constituent, be careful if you are allergic to it.

The leaves of this plant look a little like geranium leaves, and they are the medicinal part. It can be used as a poultice or a hot wrap on injuries such as sprains, as well as on strained muscles.

Father Junipero Serra is who you may want to thank for this prolific plant. He scattered seeds along the pathway between the Spanish missions so that he and his fellow priests could know which way to go. The seeds can be used as plasters and the leaves can be cooked as greens.

It’s also called Jimson weed and Gabriel’s trumpet. I would probably not keep this plant, as it is very deadly indeed. The components shut down the central nervous system, and can kill very quickly. The constituents act very much like extremely strong surgical gas.

This is not the plant the small banana-like fruits grow on. You may recognize the name of the seed; psyllium. That’s used as a bulk laxative by many. Like mustard and dandelion, the leaves can be cooked as greens.

If you’ve ever had to handle this plant, you’ll know why the term stinging is involved. Tiny, stiff and very sharp hairs cover every surface above ground except the flowers. Grabbing it unexpectedly can lead to a lot of pain and probably a few splinters. This plant actually is edible when cooked. Herbalists sometimes use the plant as a counter irritant for arthritis and other painful problems. The plant is slapped onto the painful area, sending its own pain signal to the brain. The two usually cancel each other out.

There are several plants called wintergreen. This one is also called teaberry, and it is delicious. There is a chewing gum made using it as well. It can soothe a sore throat and may be able to act as a counter irritant if used in a poultice.

I’ll probably never carry out the idea of growing these (and others) as lawn plants, but eventually I will have them in a proper garden. That way, we are all happy.