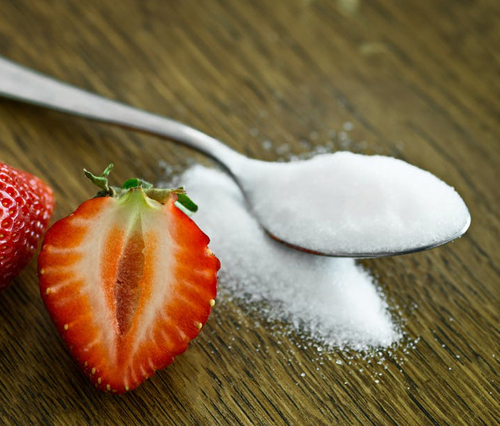 Until the second middle of the 18th century, sugar was a luxury and its profits let people call it “The White Gold”. The impact of table sugar on the health of people masses had started less than 150 years ago. By 1874, Gladstone, the British Prime Minister abolished the tax on sugar and brought its prices within the means of ordinary people.

The first sugar was recorded in England in 1100. Its price in London in1300 was equal to US $100 per kilo at today’s price, and it is the discovery of the new world (The Americas) that established the sugar industry, as the climate in the Caribbean was so advantageous for the growth of cane. During the 18th century, sugar became enormously popular and heightened demand and production of sugar came about to a large extent due to a great change in the eating habits of many Europeans, e.g. they began consuming jams, candy, tea, coffee, chocolates, processed food, and other sweet victuals in much greater numbers.

Now, annual consumption is running about 120 million tons (about %15 of them is in US alone) and is expanding at a rate of about 2 million tons per annum. Most sugar is consumed within the country of production and only approximately %25 is traded internationally. In many industrialized countries, sugar has become one of the most heavily subsidized agricultural products.

Besides the refined white sugar, there are some other forms of sugar, these are : * Brown sugar: Unrefined or partially refined soft sugar.

It is a food which has an orange-brown color and sweet toasted flavor derived from the carmelization of sugar. Caramel is used to flavor candy, as well as soft drinks such as Coca-Cola. It is also used as a food coloring (with the E number:E150).

Known as Glucose syrup outside Canada and US, it is a syrup made from corn starch by enzymatic process and composed mainly of glucose. It is used to sweeten commercially processed food.

A thick, amber-colored form of inverted sugar syrup, made in the process refining sugar cane juice into sugar, or by treatment of a sugar solution with acid. It is used in a variety of baking recipes and desserts.

It is either an unrefined soft sugar consisting of sugar crystals with some residual molasses content, or produced by the addition of molasses to refined white sugar.

Impact of Sugar on Our Health:

Refined sugar and starchy foods commonly eaten (e.g. refined grain products) represent the most abundant foods having a high Glycemic Index(GI) , those foods that release their absorbed sugars through the stomach lining into the blood stream rapidly. The trend of fat reduction concurrently with high carbohydrate intake specially those with high Glycemic Index(GI), and since fats slow gastric emptying , this may result in even more accelerated absorption of sugars. Eating sugars with low fat causes a rapid spike in blood sugar. The body responds by releasing extra insulin in the blood stream. The high insulin makes blood sugar crash back down and suppresses fat burning as well, one gets that famished feelings which lead to overeating.

The first observed effect of eating too much sugars (and other carbohydrates of high GI) is the formation of a lot of fats (obesity) a predisposing factor to Diabetes mellitus(ll).

Some authors exaggerate the impact of eating carbohydrates by describing the most severe complications of uncontrolled diabetes like blindness, limb amputation, stroke…etc, yet we can point to some common known impacts of eating sugars on health, which in themselves may be predisposing factors to some other effects, these are :

1- Increased blood Insulin has negative effects on the body that accelerate aging.

3- Raised cholesterol and triglyceride and sequelae.

5- Acne (actually the formed pustules are filled with unmetabolized carbohydrates).

In essence, we need to use sugars as a luxury again.

Unless you suffer from low blood sugar or you are running a marathon, minimize or avoid the killer “White Gold”, sugar.